The Pilot seems to be an explorer and a scientist. He is well versed in physics, military tactics, religious philosophy, history, geography and medicine. He is a true marksman with his special weapon. For instance, he could hit a speeding jet plane at a range of two miles. So he has to have very good eyesight as well!

As a pilot, he was good enough to avoid getting straight shot out of the sky by automated weapons and to survive a crash. But to the dismay of the group he cannot drive a car. The Pilot claims only to have read about how to do so in a comic book once.

He seems to be in good physical shape and appears to be somewhat stronger than a normal man. He has a well-trained pet and gives it commands in his native language, which is soft and rich on vowels, sounding a bit like Hawaiian. He does speak English without any accent.

The Pilot’s “cat” is actually a Vulgan, a race of genetically engineered pets. These are more intelligent than dogs. It looks, functions and behaves a lot like a cat. It is exceptionally lazy and, by human standards, haughty.

It enjoys eating shrimp, clams, fish and drinking cream. It understands spoken commands and is trained to follow simple orders by the Pilot. It usually rests on top of the Pilot’s survivor backpack, and is very skilled at staying there even when the Pilot rushes into action.

Maybe the nuclear wars do not mean the end of humanity. But it means the end of the world and civilizations. In a war-torn world mangled to death the last remnants of humanity struggle to survive. Some even try to keep the dream of a better life and more worthy existence alive.

One such group of survivors is led by a mysterious pilot. They are attempting to reach salvation in an air hangar far up in the north, which may or may not exist. But they are being hunted by the last remnants of various combat forces. It is a race for time in a dying world.

A long road toward dusky death

After his ship crashed, the Pilot began a long journey in a ruined world towards an air hangar. Along the way, various people joined his walk towards salvation.

But the Pilot is the local military’s target number one. They know of his origin, and will try anything to capture him.

The world around them is dying from radiation, biological weapons and chemical weapons. The toxic rain never stops. Because of this, protective rain gear is the very bare minimum for everyone. Soon, all life on Earth will cease to exist. It’s only a matter of time.

While some died, others joined. All in all, his group of survivors consisted of himself, the Professor, the Warrior, the Sister, the Fool, the Dog, the Cat, the Worker, the Wife, the Driver, the Hippie, the Chick, the Amazon, the Prisoner and Aphrodite.

Most did not even believe that the hangar existed. But they continued anyways since staying together was their best chance to survive for a little longer.

Those that eventually reached safety, by getting the chance to leave the planet, were himself, the Professor, the Warrior, the Sister, the Chick, the Cat and Aphrodite. All of these rather conflicting archetypes were good at whatever their names implied.

Only in the end did everyone find out what the hangar really was, namely a secure, hidden, local headquarters and hangar for a race of alien visitors – the Pilot’s race – still remaining on Earth after the wars until it is completely uninhabitable.

The Pilot is usually seen clad in his yellow survival suit with a black visor. Underneath it, he is clad in a body stocking, has golden-yellow skin, blue-black hair and eyes with epicanthic folds.

He is usually mistaken for an Asian guy, so clearly their evolution has to some degree paralleled our own. He often walks around with a red umbrella with the visor down and the Cat resting on his backpack… an odd vision indeed.

The Pilot is a sensible and balanced soul. His mind often seems to be calm and even serene, which likely results from some sort of philosophical school he follows.

He is, however, easily influenced by stronger personalities and drawn into their language and modes of expression. Such was the case with the extremely crude Warrior. It has to be said, though, that he himself also strongly affected the Warrior, which is no small feat. And he’s the one eventually became a better man in the process.

His calmness seems to imply to people that he knows what he was doing. He displays the full range of human emotions at various times, but is focused and disciplined when it matters most.

He usually hides his own origin, namely that he is an alien pilot from another world. He realizes that it would be too much for most people to handle, and thus clash with his mission of survival and rescue. But he uses all of his amazing technology openly when necessary.

Then, when people assume that he was part of a high-tech invading force, he, sort of, rejects the idea, but not fully as the truth cannot be taught… yet. Still, the Professor figured it out, although he didn’t press the issue. The Pilot neither confirmed nor denied the Professor’s deductions.

He uses alien medical knowledge and technology to ensure that his group of survivors get the best possible protection against the new environmental dangers and other threats. His hand weapon is their best offense against any captors.

His medical box ensured that the survivors were in good enough health to survive until they could be rescued. In general, personal hygiene is very important to him (and he does not drink). His amazing catalyst, probably designed to put curious humans to sleep, was instrumental in getting them out of trouble more than once.

He regards himself a human(oid). While he realizes that he is not really a part of mankind, he doesn’t let this affect too much with his interactions with men. In his basic philosophy he seems to believe everyone an equal, everyone a child of the universe. But when it becomes too apparent that he is more than most men, he somewhat reluctantly assumes the mantle of leadership.

This was the only course of action as he appears to be no believer in democracy. He can be rather eloquent with words, but found that the crude ways of the Warrior were more effective in keeping the group together. With his somewhat alien mindset he is not always the most socially adept speaker.

Leading a group of many conflicting personalities was a very difficult job. Mostly, they argued all the time. Still, it became something of a bonding mechanism, as well as helping the group stay alert, which was necessary to survive. He became particularly close to the Sister and to the Warrior. The Sister, with her humanism, is something of a natural soul mate and lover.

The Warrior, with his brutal tactical, militaristic thinking, helped the Pilot determine the best course of action and to protect the group. He was therefore an extra valued member of his group of survivors. In the end, they were like old army buddies.

While he has to be stern with the group, being called everything from a traitor, a sadist and an invader to a sinner, he does value each and every one of them.

At the same time, he did show a softer side with some consoling words of wisdom and regular cooking for the entire group. He cares deeply for his cat, and sometimes seems to give it much higher value than humans.

As a leader he is very effective, although authoritarian, and puts the greatest value to survival and tactical outcomes. Although too many people die under his command and so he does not have the Leadership Advantage, in DC Heroes RPG terms.

He is very effective at using people’s strengths for the benefit of the entire group. His main goal is to survive and get off the planet, and will try to bring others with him.

He will use whatever tools he has for survival. The Pilot is not above physical threats or beatings to get his point through. However, his own survival comes foremost, even if he protects others to a great degree. Thus, if completely overcome by the opposition he would save his own skin firsthand.

Still, his defender philosophy is quite admirable and he does much more for his fellow men than they do themselves.

He seemed to believe that getting to the air hangar by himself, without any aid from his species, was a matter of honor. Still, as he was eventually overcome by impossible odds, he contacted them and let them handle the situation from there, thus saving the group. It ends with them all boarding a silvery, disc-shaped flying saucer to leave the planet behind.

“We want to give a chance to survive to those willing to take it. You may gladly die here on your destroyed world if you so will, but we give this chance to some survivors.”

“A larger sin does not excuse a smaller one. To dip one’s fingers in one’s food is uncivilized, unethical and anaesthetic. Even as the world is destroyed one should behave with dignity. You behave unaesthetically and excuse yourself because the environment is poisoned. Isn’t that a bit childish ?”

“I do not originate from the Middle Kingdom. The middle is where one stands. The centre of the universe is the place of the observer. The observer always stands ‘here’ while everything else is ‘there’. There are as many middle or centre points as there are living creatures.”

“I can only ‘gas’ a limited area, and that’s a rather small corridor in the direction of the wind. Who do you think I am ? Superman ? Be glad that I managed to send the people in the fortress to sleep. And who the hell is a blockhead to you ?”

“I have my visor down because the air may be contaminated. Before I’ve done my measurements we cannot be certain. You may become ill, but the matter doesn’t improve if I too become contaminated. Primarily and seen from my perspective the most important thing is that I reach the hangar. You may call it egoism. I call it common sense. For example the Cat has no mask, while I do. It is as simple as that. How are the three in the trailer ?”

Given the story, the Pilot is exceptionally suited for survival in a post-apocalyptic setting. As such, one could well read about his exploits in the books of Kamandi, Hex, Hercules or the Atomic Knights.

While some details, such as ecology and geographical distances, suggest that his story takes place in Sweden, he could easily instead have crash-landed in the remnants of a wartorn USA. His technology is similar to Rannian technology, while his attitude and demeanor is more Coluan.

Connections:
His people and their bases on Earth (High), His group of survivors (High). 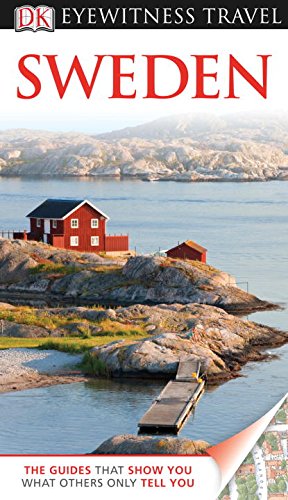