Pinoko’s a fast learner. She knows enough about medicine to be a helpful nurse for Doctor Black Jack, although not no much that her abilities are particularly notable on their own.

Her artificial body has proven inhospitable for parasitic organisms.

Lastly, she seems to have picked up rudimentary fighting abilities from somewhere.

Pinoko’s origins are not explained in any animated version. This leaves many wondering why Black Jack puts up with this strange child and why she claims to be 18 years old.

Years ago, a very wealthy 18-year-old woman who concealed her identity came to Black Jack. She wanted to have a Teratogenous Cystoma removed. A Teratogenous Cystoma (aka. Teratoma) is a condition in which one of a pair of identical twins winds up inside the other during development, and becomes a kind of large tumor.

This growth contains all the tissues necessary for a complete body — nerves, bone, muscle — just in a jumble, not alive.

The removal of a Teratoma is not terribly difficult as far as major surgeries go, but in this case no one had managed it because the Teratoma seemed to have a will of its own. Furthermore, it had the power to possess people and make them attack each other. Whenever anyone tried to remove it, it made the doctors and nurses attack one another with scalpels.

A surgeon with the hands of God

Black Jack was asked to operate. Requesting to be alone with the Teratoma, he reasoned with it, promising not to hurt it. It then let him remove it and put it in a tank. The woman then left.

Black Jack, after a few drinks, used a doll-like plastic exo-skeleton to assemble the Teratoma into the shape of a cute little girl whose photo he had seen in a medical journal. His creation was Pinoko. He raised her for a few months, then tried to reintroduce her to her 18-year-old twin sister. But his former patient rejected her utterly.

Pinoko has lived with Black Jack ever since. She does the chores and cooking, and serves as Black Jack’s sole companion.

Pinoko is actually 18 years old, since she and her twin sister were born 18 years ago. But she has only been experiencing the world as a real person for a few years, which is why her behavior is so childlike.

Due to her unique anatomy she is unable to grow up or live an adult life, and is very sad because of this. Pinoko has a bent mirror in her room which distorts her image and makes her look tall, and she spends hours in front of it, fantasizing about a normal life.

Pinoko is deeply in love with Black Jack. She insists that she is his wife, and is fiercely jealous of any other woman who tries to get close to him. Black Jack, meanwhile, though he pretends to be cold, has let Pinoko penetrate his heart, though he seems to think of her more as a daughter than anything else.

Though he yells at her a lot (which she deserves), he is always tender to her when she is asleep or hurt. Also, Black Jack is never so vicious in his vengeance as when Pinoko is threatened.

Pinoko is an adorable little girl, who almost always wears four bows in her hair.

Pinoko is a strong-willed, lighthearted, confident, precocious person with a very short temper, and when necessary, a forceful personality.

However, as mentioned in the history, Pinoko has had little experience in the real world. Her behavior thus tends to be a cross between the child she appears to be, and the young woman she technically is, which can be a bit disconcerting.

Pinoko is highly compassionate and easily set off by the emotions of those around her, feeling moved to tears when she sees someone crying, etc.

She is deeply in love with Black Jack, even though she realizes it’s hopeless. That doesn’t stop her from flirting with other handsome guys, of course.

(Pinoko is admiring a fountain)
David: (slightly condescending) “Impressive, eh, little lady ? It’s the Artemis Fountain that used to adorn the garden of the Helios Emperor.”
Pinoko: “This sculpture’ll hit the spot in any woman’s heart. Passionate love is its theme !”
David: (Amused) “How old are you, little lady ?”
Pinoko: “Oh, I’m 18.”
David: “Huh !?”

(Black Jack’s been admitted to a hospital with a broken arm)
Pinoko: “You better fix him up good, okay ?”
Nurse: “Don’t worry, little girl.”
Pinoko: “I’m his WIFE !!”

Patterson: “Please, Miss, you have to meet my granddaughter Karen. She’s hospitalized here in New York. You and she would probably get along great !”
Pinoko: “Hm, how old is she ?”
Patterson: “Five.”
Pinoko: “Nah. I only get along with people over 17, and then only if it’s a really cute guy.”
Patterson: “Huh ? Oh, well…”

(On the phone with Black Jack)
Pinoko: “Just how long of a vacation are you taking ? Have you forgotten that -I’m- waiting for you at home ?! I get it ! You’re not alone ! You’re with someone, aren’t you ? Put her on the phone ! I’ll talk to her myself ! Put that cake-face hussy on the phone !”
BJ: “I cannot currently get to the phone. Please try your call later.”

She and Black Jack are probably a package deal.

As a teratoma, Pinoko somehow possessed the Control Power at about 06 APs, which was lost when she was placed in her current body, and CPR (Teratoma).

In the early manga, Pinoko’s artificial body wasn’t able to handle stress well at all. The stress of taking a high-school entrance exam, for example, caused it to seize up, threatening her life.

At another point, the organs Black Jack had used/created began to age rapidly. Through a lot of hard work and exercise (and probably some work on Black Jack’s part in improving her), she has reduced this from an SPR to an MPR.

I decided against giving her Self-Linked Gadgetry, as her body was created to imitate a human body, and does so so well that it fooled a doctor. It even heals like normal bodies do.

However, it’s different enough from a normal body in some ways that Black Jack is probably the only one who can operate on it safely, hence Altered Anatomy. 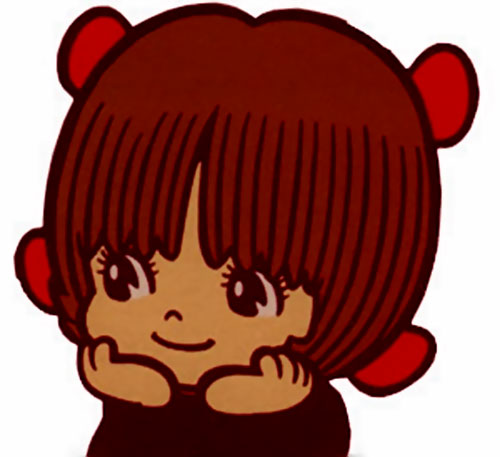 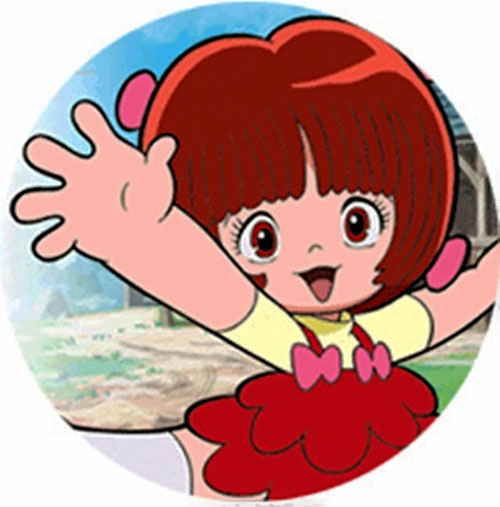 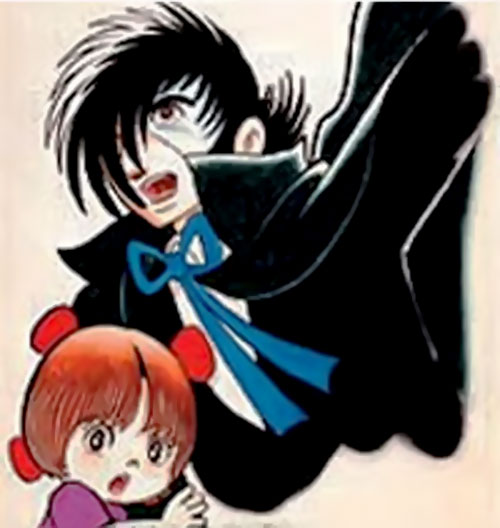