Pixx can create illusions with her mind, which most will find perfectly realistic. If she strains, she can even multitask. Such as running while leaving an illusion of her own corpse behind her, plus a false wall illusion over the passage she just took.

Pixx also seems to have an intuitive understanding of technology and vehicles. These techno-savant abilities seem superhuman in nature.

On top of these powers, Burka is surprisingly intelligent, competent, adaptable, courageous and Hero-Points -rich. Especially for one so young and topped by such an atrocious haircut.

Pixx was a pupil of Contrary, enrolled at her school for young ultras. Contrary had convinced the Burka family that it was the best thing for their daughter. It was also a ticket to an higher education, which the Burkas dearly wanted for Penny.

When Contrary was involved in the creation of Ultraforce, she brought Pixx with her. At this point the kid had been working as her aide, copilot and mechanic.

Pixx’s strong personality allowed her to quickly find her place in the remarkable group dynamics of Ultraforce. Thought she was grossed out by Ghoul (who was getting visions of doom regarding her, and was growing concerned about her fate), she was almost considered a member by the other members.

Thus, when the Fire People started stealing nuclear armaments all over the world, she went to confront the terrible, nerve-wracking crisis with the best of them.

When the crisis hit its peak, Pixx choose to sacrifice herself. She used her techno-savant skills to disarm the nuclear missiles amassed by the Fire People. Due to heavy radioactive leakage, and the previous destruction of her radiation suit, Pixx died of heavy radiation burns.

Until the very end, she doggedly continued to disarm weapons of mass destruction despite the horrendous pain. Pixx’s amazing bravery prevented the world from going up in a nuclear fireball.

Pixx’s death was greatly mourned by most of the team, especially Ghoul. Her selfless sacrifice cemented Ultraforce, driving them toward becoming the premier heroic team of the Ultraverse.

Pixx acts as a vivacious kid with a strong personality and great, flippant humour. This is partially an overcompensation of hidden psychological problems, which were never clearly described.

These problems often manifested through searing pains and illusions manifesting her neuroses. The clearest example was a giant, deformed version of her own face accusing her of being an “infant, user, superficial little high school princess”. It is quite possible she held herself to impossibly high standards. Drugs use is a further possibility.

She had a great fear of letting people down and being no good. In the end, this led her to proving her ultimate worth by sacrificing herself to save the entire planet from a certain doom.

“I’m a kid with a goofy haircut. Every team needs one, right ?”

“Just do everything I say ! And if I get you killed – I really apologize !”

Fridging characters to motivate others already has a long and illustrious track record in the DCU, and Pixx’s sacrifice would now exist in a very different, toxic narrative environment. If introduced to the DCU it is best to keep her alive and kicking.

For added irony she could be an aide and base manager for the Teen Titans, running logistics, mechanics and the like as group members die left and right around her. 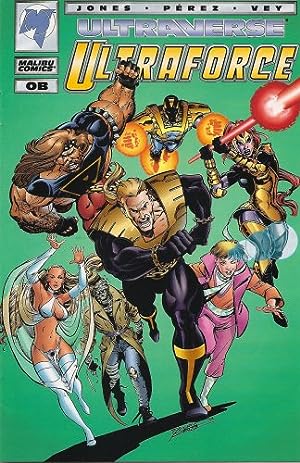 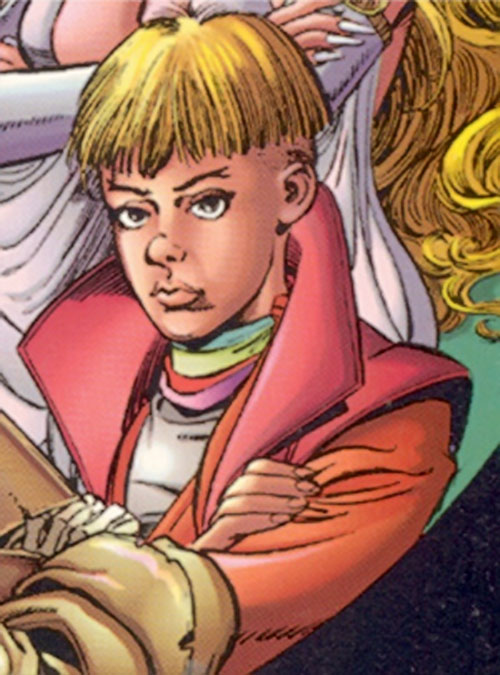