From their uncanny mile-long high-tech base under Manhattan, these fantastic four challenge the unknown !

Challengers of the fantastic

More prosaically, Mystery Inc. was born when American astronomers detected an asteroid on a million-year orbit heading for the Earth. Calculations showed that the chances for a catastrophe were low. But the asteroid would graze the Earth, giving Humans an exciting chance at exploration for a short time.

A crew was assembled for this one-time mission – a scientist, an astronaut and two whiz-kid students. They did land on the mystery asteroid. There, they discovered — among other things — an obviously artificial cavern. It led to a giant room with four statues of alien gods and four circles drawn on the ground.

When they each stepped in a circle, they were granted the ability to turn at will into superhuman forms.

Biff is the tough-talking man of action. He has a tendency to rag on his kid brother, Kid Dynamo.

“Heads up, Robbie the Robot… there’s a Planet coming !” (bashes the Autoguard robot)

Bonuses and Limitations:
Density Increase is Always On (as the Planet) and Already Factored In. 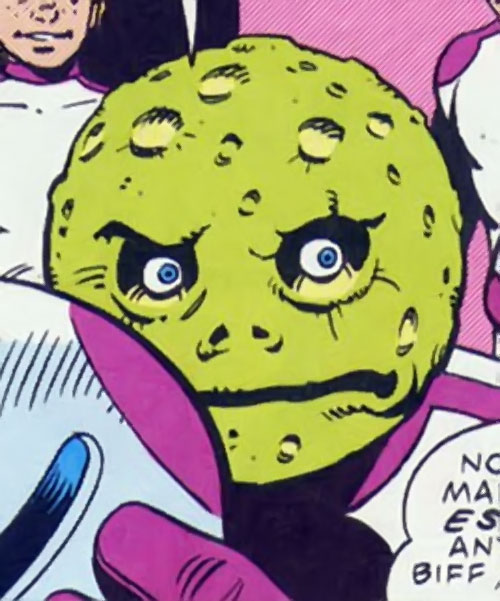 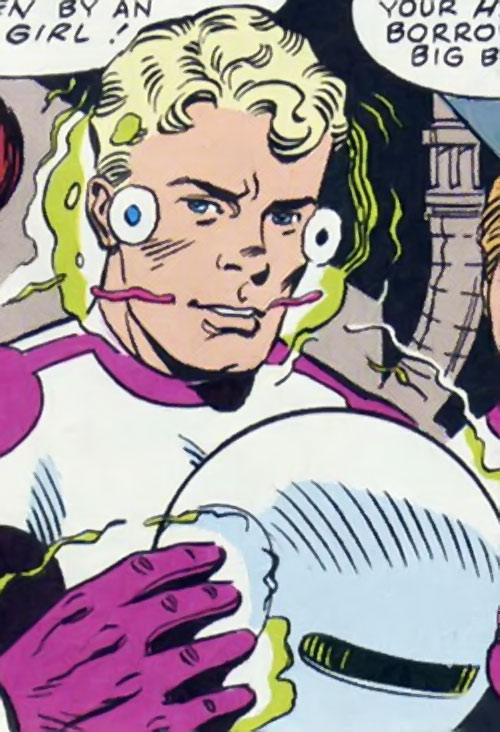 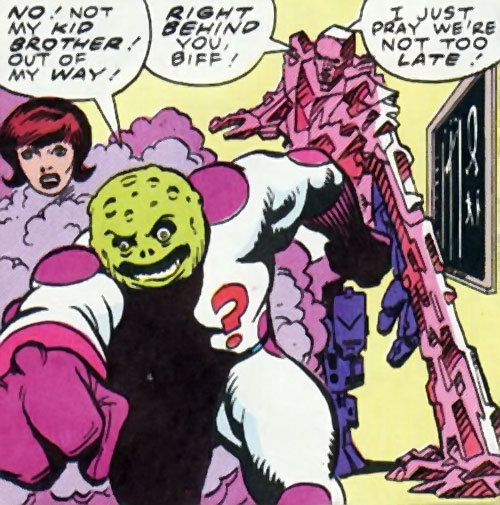