Planet-Master is an obscure but distinctive Batman villain. He had but one real appearance.

Weird years, these were.

Prof. Norbet is an inventive genius. He can produce impossible comic-book technology.

There were many such men in Gotham City back in those days.

His primary speciality might be meteoritics. If so, he should speak to Luc Orient. 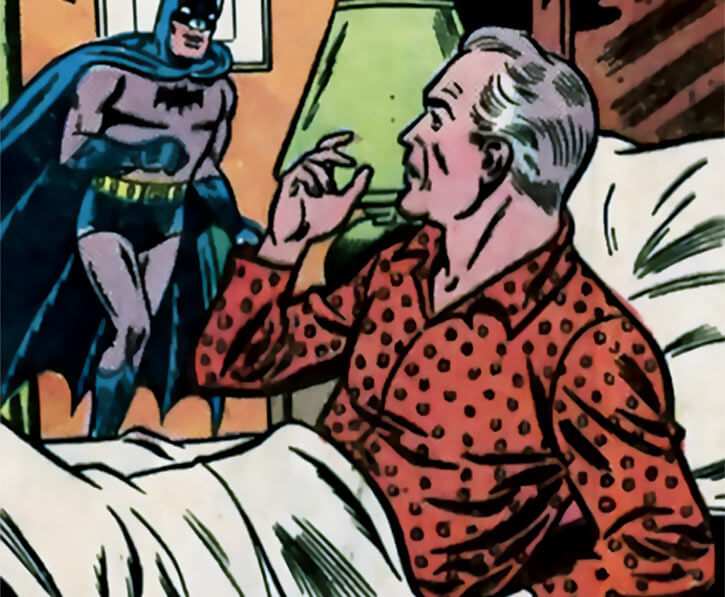 But his primary schtick was a series of super-powered costumes.

Each was themed after a planet in the Sol system. 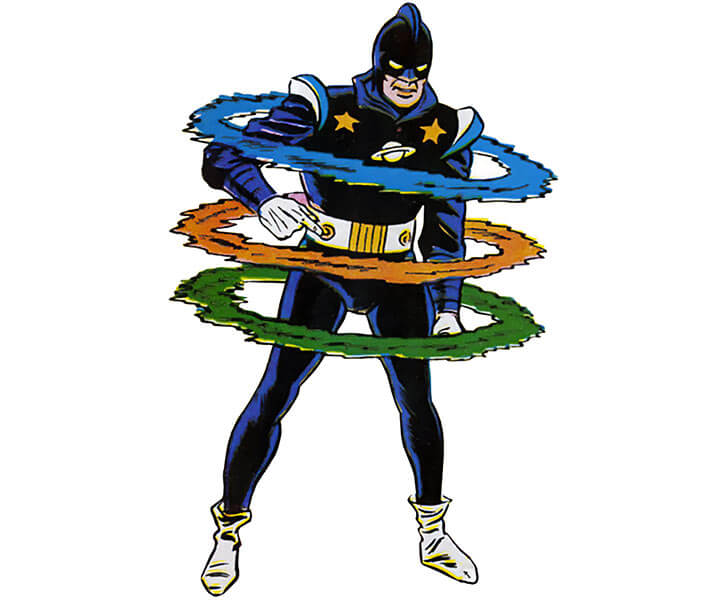 Professor Norbet was studying a small meteorite. But when he cracked it, it released… evil gas !

This temporarily gave him a malevolent, Hyde-style double personality.

While Batman and Robin failed to stop him, they traced the equipment to Norbet.

The good professor had no recollection of his activities as Planet-Master. But he soon stumbled upon the cache of super-costumes.

Only one other person knew about the cache – former lab assistant Edward Burke. And in Silver AgeSuper-hero comics from the late 1950s to the early 1970s comics, lab assistants are always evil.

But Batman and Robin soon established that Burke couldn’t be the Planet-Master.

However, the interrogation inspired Burke to go check within Norbet’s lab. He too thus found the Planet-Master costumes.

Burke hatched a nefarious plan – to ally with Norbet and form a mob. Look, I warned you about lab assistants.

However, professor Norbet was by then more fully emerging from his trance. He now remembered about the evil gas, and his Planet-Master crimes.

Still groggy, he briefly pretended to go along with Burke. But he then stunned his former assistant. This allowed for Burke’s swift arrest by the four stalwart hands of justice that are Batman and Robin. 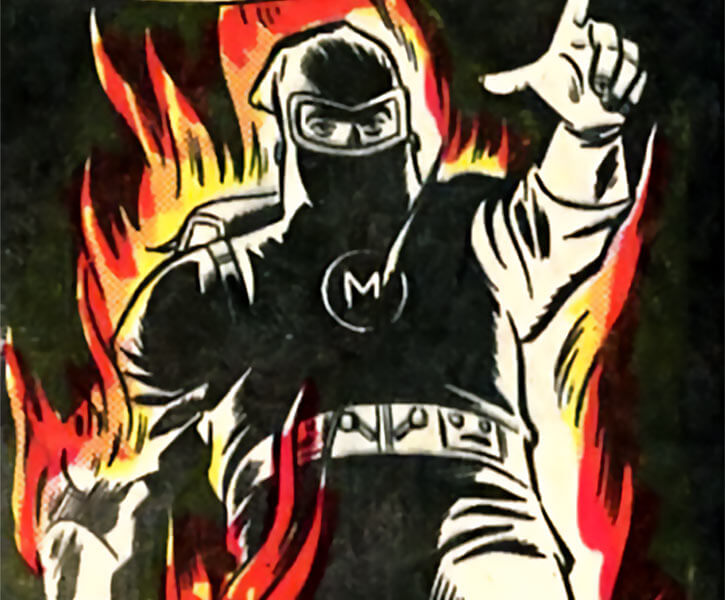 See the illustrations for his costumes.

He seemed nice enough. Except when under the influence of the evil gas. 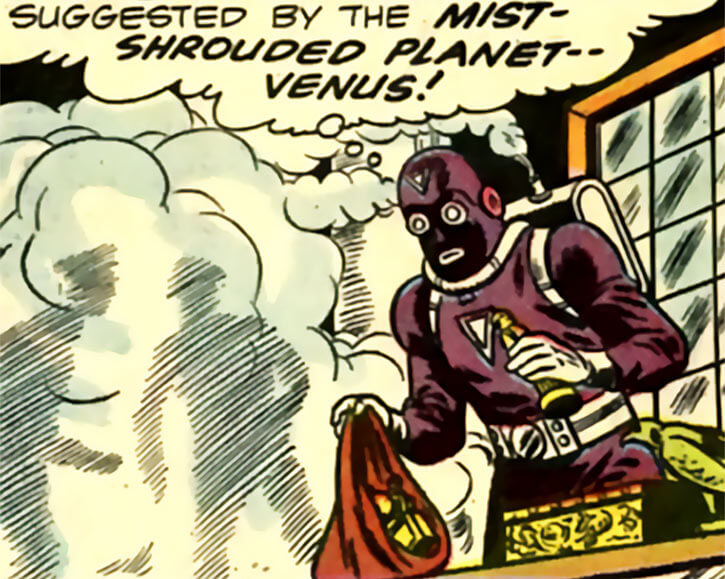 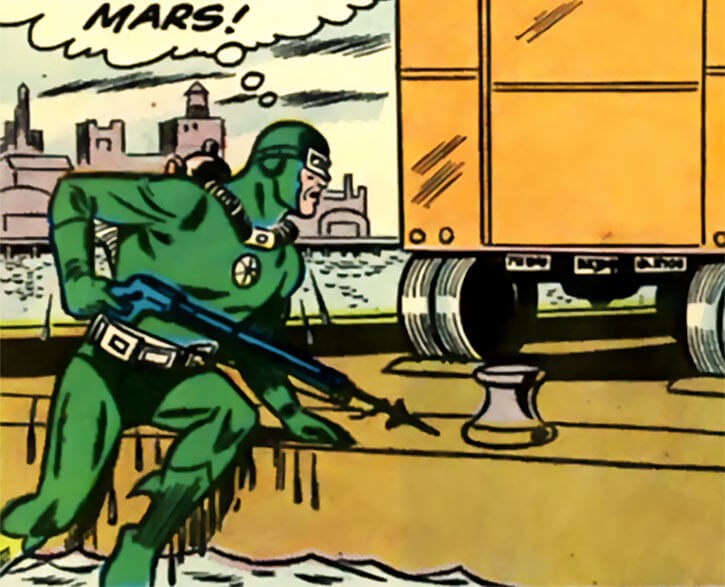 Nobert *presumably* had lower technical abilities when not huffing meteorites. And no Accuracy.

Sealed Systems and Shade for the Mercury costume are assumed.

And yes, I finally got to use Enlarge. The last time this Power was used on WORG was in Peter’s James Marvel character. And I think that was because of a random roll. 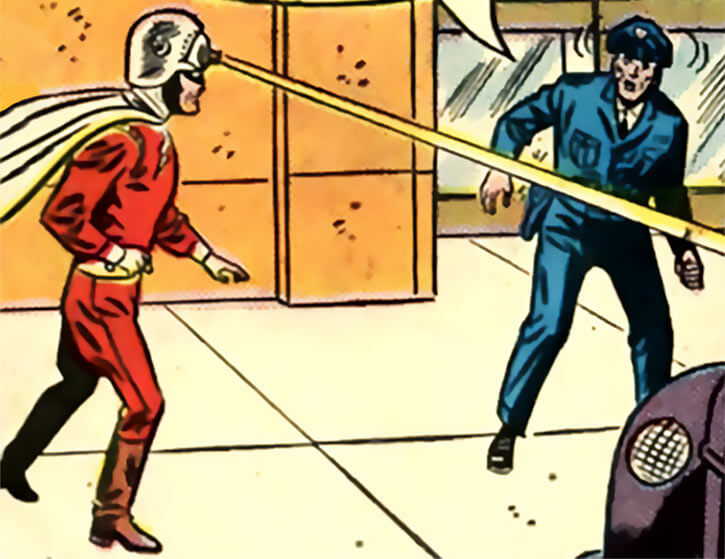