This obscure character has but one meaningful appearance.

So it’s not going to be a long writeup. But if you’re looking for a nobody to develop, and/or to add manpower to a villainous team, well he’s there.

This profile could be read after the character profile for the original Planet-Master. To get the reference.

You can also decide to first read the Strike Force Kobra team profile, for a bit more context.

How much for just the hyphen ?

I had originally referenced him as “Planet-Master II”. Since we don’t know his name, a Roman numeral is needed.

But looking at the Who’s Who Update ’87, that’s not correct. He’s Planet Master, *without a hyphen*. Unlike in the story.

So no “II”. Since that’s not technically the same name as Planet-Master. 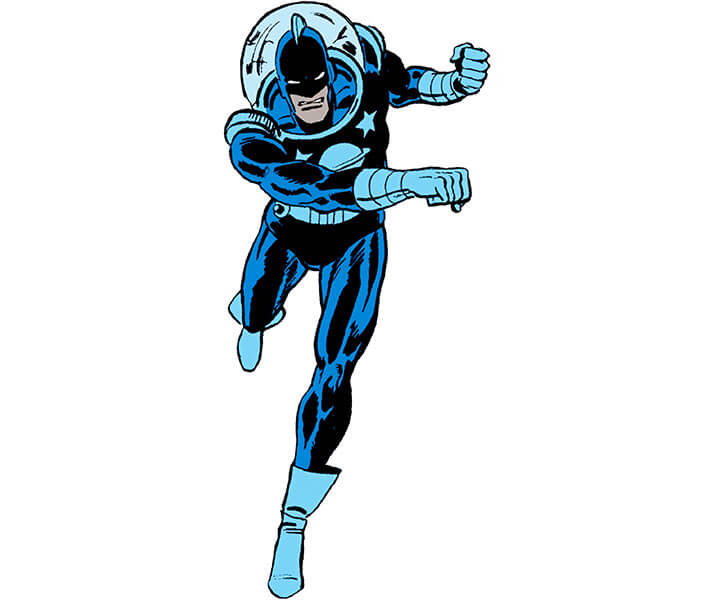 Like his colleagues, Planet Master has at least basic field training. He also seemed to have a scientific background.

He *might* have intrinsic thermal powers. Given his predecessor, we’re going to assume that these instead come from his costume. But it’s flimsy.

His costume can project conditions resembling those found on planets of the Sol system. What was demonstrated :

If not, he could have other abilities. Off the top of me head : 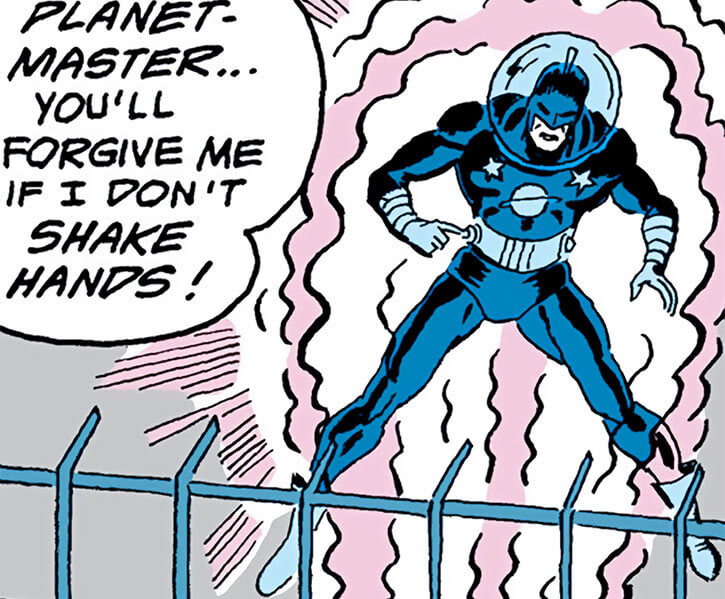 The schtick was that they were mostly based on forgotten, sci-fi Batman villains from the early Silver AgeSuper-hero comics from the late 1950s to the early 1970s. Planet Master’s costume was thus patterned after the least bad outfit of Planet-Master (Professor Norbet).

(Planet Master (no hyphen) is seen post-Crisis. So that means that Planet-Master (hyphen) did exist on New Earth. Though the story likely didn’t take place in the same way).

Planet Master may have been the field leader when Kobra wasn’t around.

The time to strike

The Strike Force attacked the Stagg laboratories to empower their newest recruit. They easily handled the security.

The Strikeforce had a tougher time handling the Outsiders. But Planet Master in particular didn’t perform badly.

Planet Master was also glimpsed during the 2006 Infinite Crisis. Fifth issue, on the first splash page he’s between the Tally-Man and the Electrocutioner. And in front of Cyborgirl.

They may have been Society members. Or, more likely, there were among the random super-villains that the Society freed from prison as cannon fodder.

I assume that his costume has gloves. But it’s inconsistent in the material.

A devoted Kobra cultist. He seems resourceful, disciplined and professional.

“The area is secure for your arrival, my lord Kobra.” 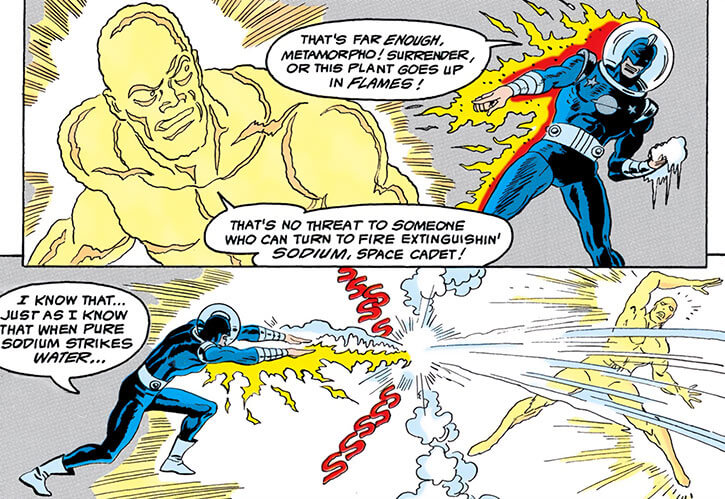 If there are additional Powers, they likely have about 6 APs.

Flame being: 05 or so is also a possibility, given the art.

Captain Planet would totally take him.