The Plantman has an extensive knowledge of botany, and an aptitude toward gadgetry. He cannot quite invent impossible tech, though – his first chloro-blaster didn’t work, until a stray bolt of strange lightning hit it.

He also has access to strange equipment and resources (such as the alien seeds used to built and program stimuloids), making him a baroque threat.

Plantman is very big on stimuloids. These are humanoid plant constructs made of wood (apparently derived from alien spores) and capable of movement, speech and which can be programmed as extensively as any hi-tech robot. Note that those “stimuloids” have nothing in common with what Kang the Conqueror calls a stimuloid.

There are two basic kinds of Stimuloids : heavies, and stimuloids that are programmed to think of themselves as the true Plantman. Thus, you can never know whether you’re up against the actual Plantman (not likely) or some overgrown brush that thinks and acts like it’s the Plantman.

Samuel Smithers, an Englishman, studied botany as an aide to a brilliant scientist for ten years. He then emigrated to the States and was naturalized. While gifted in both technology and botany, Smithers, raised in orphanages, lacked formal education. His insistence on creating ways to enhance the intelligence of plant life in order to communicate with it was ridiculed.

In fact, nothing he did to fulfil that dream ever worked – except in making him unemployed for allowing too much time to his pet project. Until his experimental technology was struck by a queer lightning bolt.

Of course, Smithers donned a costume, dubbed himself the Plantman and started avenging himself on his former employer and society as a whole.

While a very minor villain at first, the Plantman grew steadily more resourceful with each appearance. He stole a submarine from an early employer (count Nefaria), then some Maggia technology to build better plant enhancers, then learning to construct stimuloids and sending them on mercenary errands in order to gather more resources.

The Plantman or his stimuloids fought a large variety of heroes. These range from the Human Torch to Namor, the Defenders, Captain America, etc..

Also, one of the stimuloids ended up in the group called the Force of Nature under the name Terraformer. But he can probably be considered a character in his own right.

Among the illustrations is the old Plantman costume. Feel free to have an occasional stimuloid wear this one for nostalgia’s sake.

Plantman is a bitter plotter, forever scrounging resources and dreaming up new heists and better ways to make money. He’s basically a thief and extortionist.

However, he’s always careful to channel a good part of his gains in investments – mainly, improving his technology.

Hasn’t the storyline with Poison Ivy, Philip Sylvian and the Swamp Thing retconned ? I’m afraid that what was told in Black Orchid may no longer be in continuity.

Powers:
Some may have the organic (or even built-in) equivalent of a thorn or spore pistol, which they use with Weaponry (exotic): 05 skill. Also Self-link (plant animation): 05. 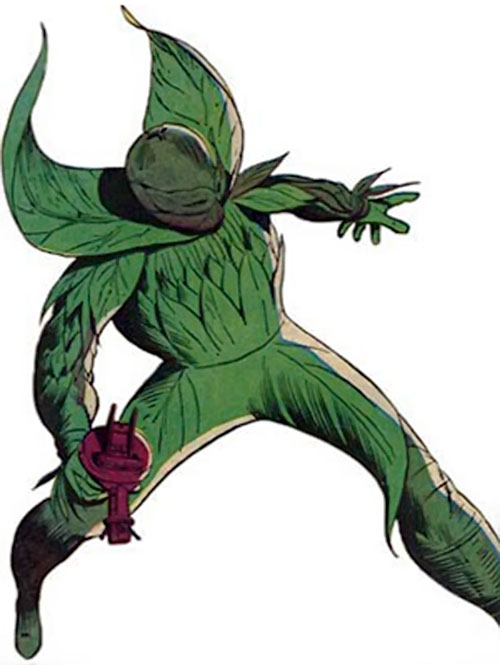 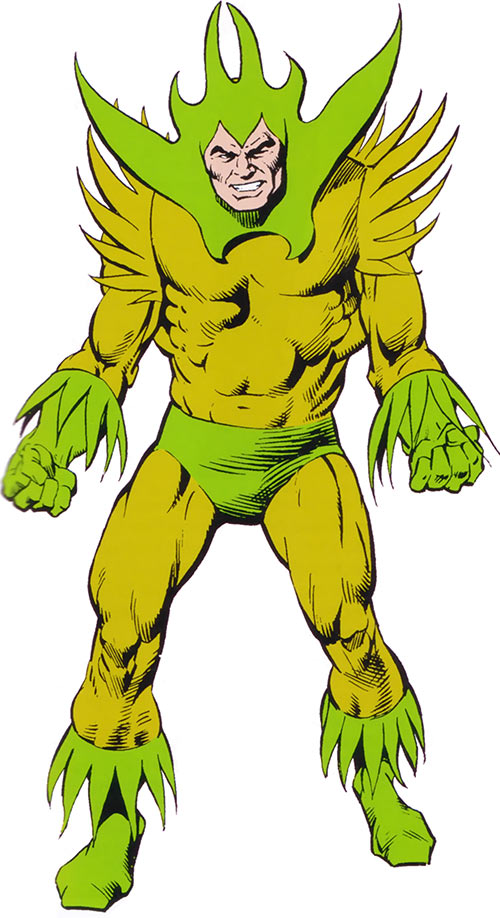