While he has no powers, Plunder is an expert marksman, and a competent fighter.

He uses a special rifle that allows him to fire standard bullets, a laser, and tracking devices.

He also has a kind of boomerang attached to his mask which he can detach and use.

Born in a mirror world, created by Mirror Master’s technology, he was a bounty hunter and mercenary who worked for the Thinker. Then the Thinker realized the nature of the universe they inhabited.

Plunder was recruited by Blacksmith into her Rogues. He helped in her plot to take control of Keystone by eliminating the Flash’s allies.

These included his own counterpart in this dimension , Detective Jared Morillo. Plunder shot the detective in the head, buried him, and then impersonated him.

When Morillo’s partner, Det. Fred Chyre realized Morillo had been replaced, Plunder got the drop on him. He took him to where he’d buried Det. Morillo, intending to bury Chyre next to him.

Unknown to Plunder, Detective Morillo had previously been cut by Cicada. As a result he possessed the same regenerative abilities as Cicada’s cultists. The detective thus recovered just in time to stop Plunder from killing Chyre.

Plunder was sent back to the Iron Heights prison after the Flash stopped Blacksmiths plans.

Plunder is extremely confident of his abilities, and can tend towards overconfidence.

He is a mercenary and has little interest in anything that does not profit him. However, he also has a strong loyalty to his employer as long as they are paying him.

Plunder demonstrated a strong dislike of policemen and other authority figures. 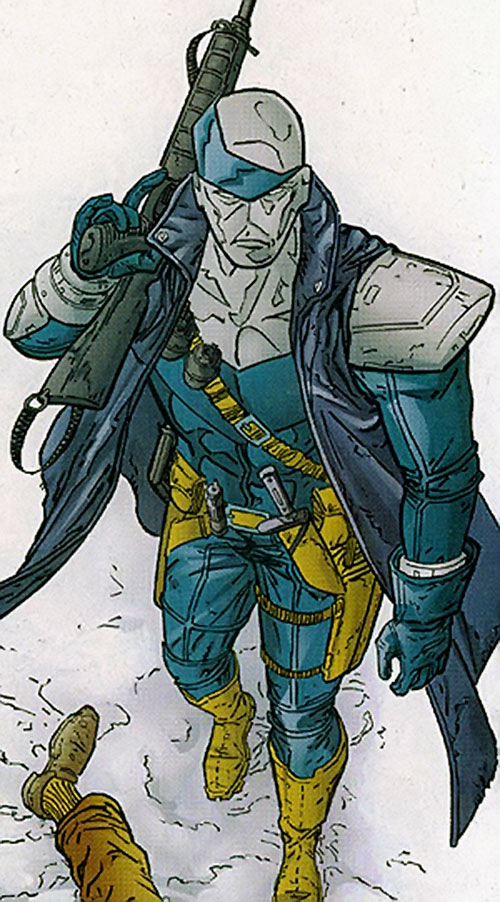