Alex Gentry was a competent weapons designer, and had the inventor’s spark. He was a rather intelligent and competent — if occasionally odd — man.

His second Porcupine armour was actually a pretty solid and efficient design, and should not be underestimated. This suit was a completely revised, much less bulky version of the Porcupine Mk1 suit. It drew from Gentry’s experiences as a super-villain and super-mercenary. Among other things, it was fitted with an improved version of the exo  used in the Mk1.1 suit.

The main armaments of the Porcupine Mk2 power armour  are :

After the destruction of his armour by Iron Man (Tony Stark), Gentry returned to the drawing board. He designed and prototyped a new, more modern generation of Porcupine suit. At this stage he had largely renounced his dreams of super-villainhood.

Having been chiefly a mercenary for the previous decade, he decided that he would rather sell his suit to be mass-produced by some illegal organisation, and just earn royalties. Clad in a fully working version of the Porcupine Mk2 suit, he approached several organisations to sell the blueprints and expertise.

The Secret Empire showed some interest. However, the Empire representative wanted proof that the suit was as good as advertised. The piqued Gentry announced that he would defeat Captain America (Steve Rogers) to win the sale.

Gentry defeated Nomad (Jack Monroe) and pressed Captain America pretty hard. But he was felled when Nomad distracted him long enough for Cap to land a good called shot.

Another attempt at Cap’s life, along with the Lethal Legion, was even less fruitful (and may not even be in continuity).

During the Secret War, the New York City super-villains community realised that most key American super-heroes were missing. They launched a crime wave. Gentry suited up as Porcupine and joined, but the NYPD and a number of minor heroes responded to the crime wave. The Porcupine was taken out by Guardsman (Michael O’Brien) and Moon Knight.

Gentry entered semi-retirement, almost entirely leaving the super-villain business. His rep had been savaged by failing against Captain America after boasting about his suit. He was considered an unreliable has-been.

Gentry attempted to sell his Porcupine tech to any villain he could reach. This included A.I.M., Hydra, the Kingpin, the Tinkerer and the Serpent Society. He was stuck. Not wanting to be ever defeated again, he planned to retire, but needed the money from the sale to do so.

A deal with America

Desperate, the former Porcupine came up with the idea of selling the suit to super-heroes. He argued that buying the suit and design would keep a deadly weapon out of circulation.

Captain America actually showed some interest in buying the suit and forever ending the threat of the Porcupine. Rogers offered to buy Gentry’s goods if he would help him organise an ambush for some Serpent Society members that he was hunting down.

Gentry agreed. He called the Serpent Society, telling them that he had knocked Cap out and wanted somebody to finish him up, as he couldn’t summon the nerve. The Serpents bit the bait and sent a kill team. The trap worked, but while Porcupine was getting away (as he had no intention to ever get caught in a fight again), Diamondback hit him with an explosive projectile.

Angry at his suit being damaged, Gentry returned fire. While dodging, Diamondback hit Gentry in the chest with an acid diamond. As the increasingly furious Porcupine manoeuvred to deny her cover and shoot her, he tripped and fell on one of his own steel quill, which was embedded into the ground.

His chestplate, weakened by the acid, was penetrated by the quill, which punctured his heart.

As he lay dying, Gentry insisted that he had been nothing and always had been a loser and a joke. But Cap assured him that he respected him as an opponent, and that he would be remembered. Alex Gentry was buried by the Avengers as an honoured opponent. His armour was kept on the second floor of the Mansion in a display case with a commemorative plaque.

The Porcupine Mk2 suit was eventually stolen and/or replicated, perhaps during one of the occasions during which the Avengers’s Mansion was destroyed. One Roger Gocking became the new Porcupine, wearing the suit, though with little success.

Gentry still truly believes in his designs – much of his pride rests in those. But he gradually had to admit that, as a person, he wasn’t cut for the exceedingly demanding super-scene.

It wasn’t easy for him, and he’s bitter about it and entertains thoughts of revenge against heroes.

“I can assure you, Number 43, that my redesigned Porcupine suit is now, more than ever, what it was originally intended to be — the perfect battle suit ! The apogee in personal weaponry !”

Advantages:
Expertise (Weapon systems design). Early on he still has a Headquarters with a Lab.

The HPs and Wealth correspond to the era during which Gentry develops the Mk2 suit. After his first defeat wearing it, his Hero Points collapse to about 010, and his Wealth eventually goes to 002, where it will stay until his death. After his Wealth deteriorates he loses the Headquarters and the Lab. 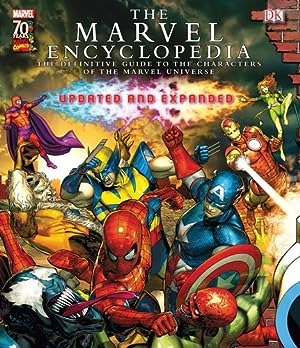