The Posleen warrior is a genetically designed killing machine and congenital idiot. They are 8’ centaur with a crocodile’s head, and built for war.

The will charge an enemy until it is dead or they are. Under most circumstances they have no fear. They are fanatically loyal to their god king.

The Posleen warriors were genetically programmed long ago by forces unknown (potentially the Alldenet) to build what is needed to invade a world and create a Posleen society. They have no creativity of any kind. Without the direction and guidance of a god king will life at the level of a Cro-Magnon.

When in large groups and directed by a god king they can build fusion reactors, space ships, and advanced weapons from genetic memory. In most cases these will be a precise duplicate of historical plans.

A Posleen can eat anything, breathe nearly anything, and subsist in all but the most terrible of climates without great difficulty. The can tolerate but do not like sub zero cold. At some point the were engineered to defend against bioweapons.

The origins of the Posleen are lost to time. There is a definite feeling that in the distant past they were different.

The first came into conflict with the Galactics nearly 150 years ago in massive planet sweeping waves. They have invaded hundreds of worlds and killed untold billions in their carnivorous and nearly mindless conquest of the galaxy.

Yellow 8 foot centaurs of doom with no brains and crocodile heads. Variance between individuals is minute.

The Posleen warrior is a xenophobe’s worst nightmare. They are huge, stupid, numerous, and want to eat your children.

Taken as a hold the Posleen invasion could be used in the DCU. But some of the Bigs (Superman, Green Lantern, Wonder Woman and the like) would eat them for lunch. Also it would tend to leave the world wrecked.

You could have space traveling characters, like Adam Strange or the Hawks, run into the Posleen horde and have to stop them from reaching Earth. The Posleen warrior can also be used signally in an Omega Men setting as a generic space thug.

Source of Character: The Posleen War Trilogy by John Ringo. 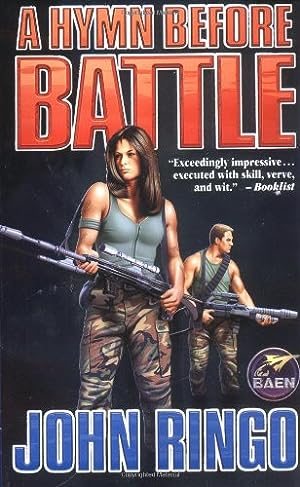