The possessor looks like a humanoid giant with blue skin. But he doesn’t seem to be quite material. He’s not made of flesh but of an unstable energy field.

This form is powerful. For instance he, can project excess energy as destructive, blaster -like or lightning-like beams. But it is not sustainable. Therefore, the possessor normally exists by possessing a living being, which stabilises his energy field. Shocks and vibrations can help disrupt its natural form.

The possessor has minor psychic powers. These are mostly used to “page through” the mind of somebody he’s interested in possessing, to learn more before he makes the jump. He also can use his energy to enhance the strength and durability of the person he’s possessing.

The possessor can exert willpower to “re-knit” his energy field together (in DC Heroes RPG terms, Regeneration). He may also be able to repair the body he’s currently possessing. However, he could be felled through psychic damage.

The possessor can work with a source of sound that he can precisely modulate. Usually meaning a musical instrument, preferably a wind instrument. His understanding of vibration and energy allows for strange and usually painful effects.

These take the form of a strange music. Its unusual vibratory effects exist at the threshold of perception and thus seem to be as psychic.

“The possessor” seems to just be his description, his role or his race, rather than a given name. He claimed not to have a name.

He presumably is an otherdimensional  life-form pulled into Reality-616  by the Hellfire Helix. This is just an hypothesis, though. It is entirely possible than he’s native to Reality-616, travelled to Earth-616 on his own from another planet or dimension, etc..

Be sure to wear

The possessor appeared in 1975 in San Francisco. He was possessing a blind man (presumably a local), but sought a more powerful form. Having detected the presence of a powerful creature in the water near SF, he went to the pier and played his flute. As planned, the quasi-psychic vibration conducted by the water angered the creature.

The Dweller in the Depths emerged to rampage, but Ulysses Bloodstone responded. The possessor directed some of his music at Bloodstone, who determined that the blind man likely was behind the monster’s attack.

When Bloodstone engaged the man in combat he was met with superhuman strength. But the flute player was nevertheless knocked out in short order.

Everybody move your body

Realising that the now-unconscious blind man was likely not at fault, Bloodstone took him to his hotel room to recover. Whilst the man was still unconscious, the possessor emerged from his body and attacked Bloodstone. The energy creature now found Bloodstone a more interesting form to possess than the Dweller in the Depths. 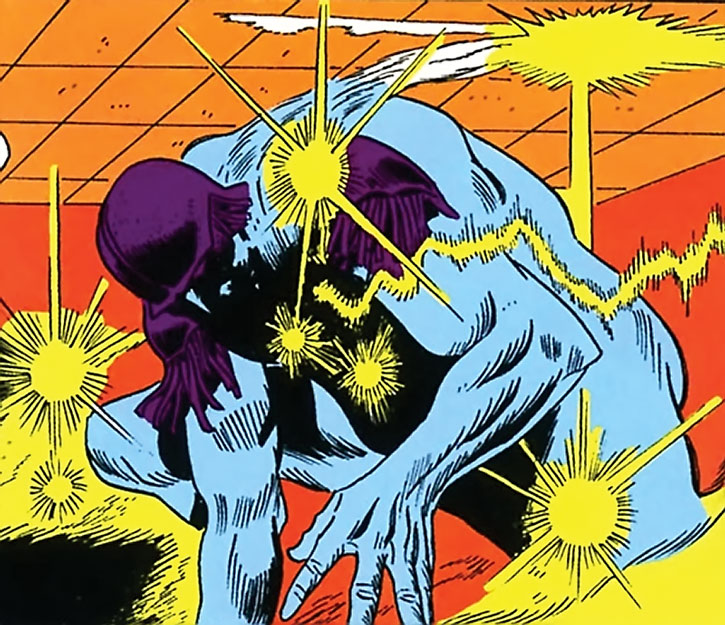 The possessor fought Bloodstone right in the streets of San Francisco, and knocked him out. However, actor Brad Carter distracted the possessor using sound equipment. This saved Bloodstone, who decided to play possum.

The possessor hungrily mind-probed Bloodstone to learn about his origin. But he was yanked into Bloodstone’s Bloodgem where he was met by the mental form of Bloodstone. The great monster hunter then seemingly destroyed the possessor in mind-to-mind combat.

The possessor more or less looks corporeal despite being an energy form.

A sort of alien driven by his wish to possess powerful living beings, to unknown ends.

He seemed very confident and to consider itself to be mostly unstoppable. Which of course precipitated his undoing.

Drawbacks:
Attack Vulnerability (-2CS OV/RV vs. Vibe & Sonic Beam ; -1 CS OV/RV vs. Bomb and other explosions), Strange Appearance, Fatal Vulnerability (not being in Personality Transfer form – how long he can hold in his natural form is unrevealed). 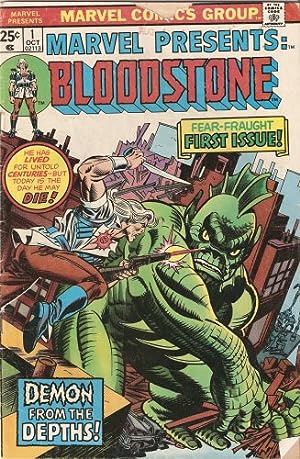 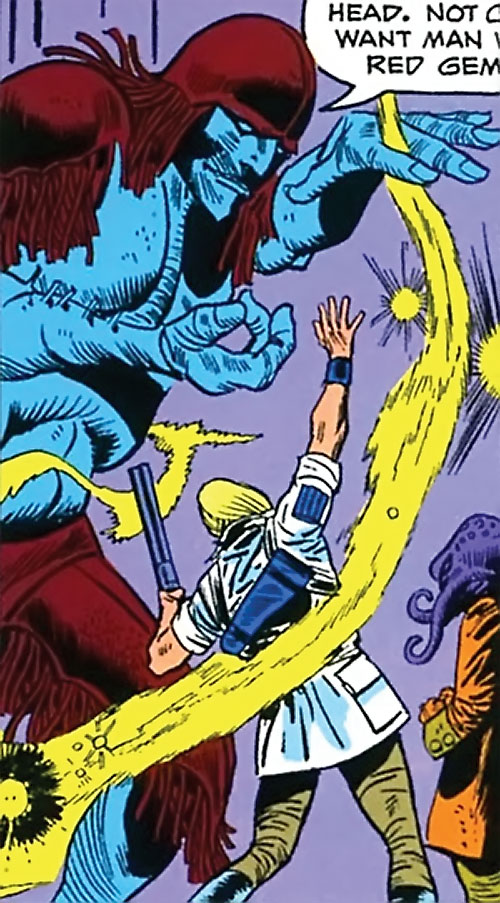 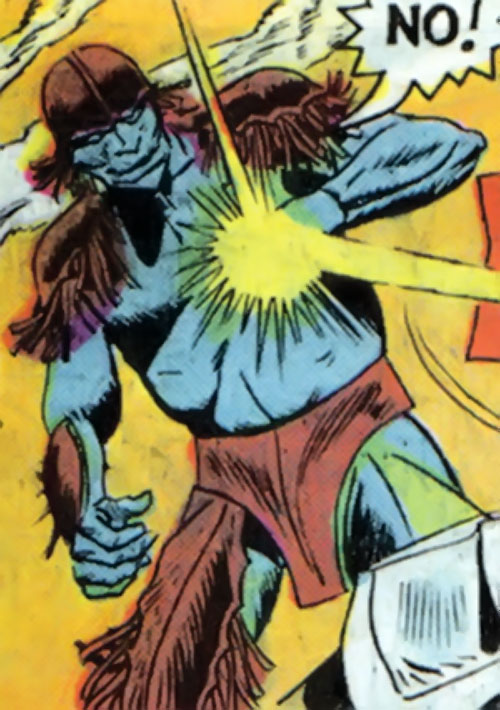