Powell is a tough, professional soldier. He’s afraid of no man and more than ready to mix it up.

While he’s not very smart or highly competent, he makes up for this with an incredible capacity to soak blows and withstand pain. In DC Heroes RPG terms, he keeps pretty much all his Hero Points  for Last Ditch Defense.

Powell likes wielding big guns. He has been known to shoot both his assault rifle and his pistol at the same time.

Silver Sable stated that, much like the Crippler, no other employer would consider Doug Powell despite his skills. That was due to his poor reputation and past deeds. Powell bragged that he once had been the bodyguard of the Ku Klux Klan’s Grand Wizard – though he wasn’t a Klan member himself.

Eventually, Powell would learn to mellow out his sexism and racism.

Powell tends to add cowboy and Confederate motifs to his uniform. He goes for the urban cowboy look when in civvies.

Powell is a thick, macho cowboy and a proud Southerner. He’s very conservative, speaks with a thick accent and feels honour-bound to make a pass or three at anything wearing a skirt. Crippler keeps calling him “farmboy” due to some of Powell’s rural mannerisms.

While he’s a White supremacist, his grudging respect for Battlestar and the clashes they had over his bigoted attitude have opened the possibility to him of not judging other people on the colour of their skin. Specifically, he started trying being less racist, and working with Battlestar more, after the latter took serious risks to save Powell’s life.

This evolution was quite conflicting to him. He first started feeling that he only disliked Black people and that Shen and Quentino were OK. Powell then came to hate how he felt about “coloureds”, resenting the others’ comments on the subject and his own bigoted attitude.

He also had trouble adapting when Larry joined the team, especially since Larry insisted on working closely with anyone else. He did not realise at first Powell had issues with him.

By that point, though, Powell had more or less overcome his racism. Although he’s still not at ease with “their kind” and still has obvious racist habits, he’s no longer seriously bigoted. He also keeps struggling with his own preconceptions. Though *of course*, he’ll offer his “super-manly sexiness” to women of any colour.

Powell also has a huge ego, always thinking he’s “da man”, the best there is and that he can do everything by himself. This ego makes him somewhat oblivious to other people. He took an unbelievable amount of time to realize that Shen didn’t go for men.

He’s also slightly jealous of the Crippler for being every bit as tough and macho as he is, though he considers him a buddy.

Despite his shortcomings, Powell means well. And despite his utter lack of subtlety and questionable smarts, he wishes to be a bigger-than-life Southern gentleman. He’s certainly a valuable member of the team, and at his best he acts in a constructive and easy-going manner.

Powell seems quietly thankful toward Silver Sable for having given him a second chance.

(Flexing) “Sugah, ah’ve all the muscle you’ll ever need.”

“Not. Not him, sis. Ah’m just startin’ ta tolerate his kind an’ ah don’t think…”

Drawbacks:
MIA to acting tough and macho, MIA to racist and sexist remarks. 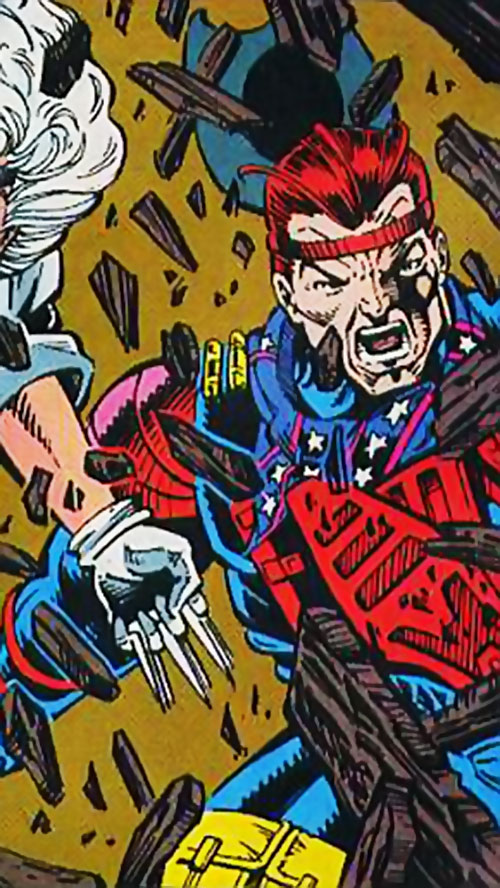 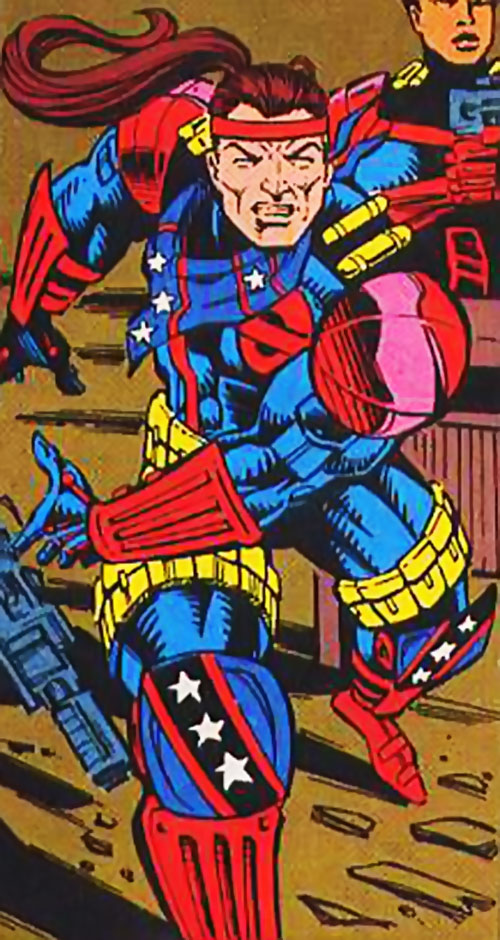 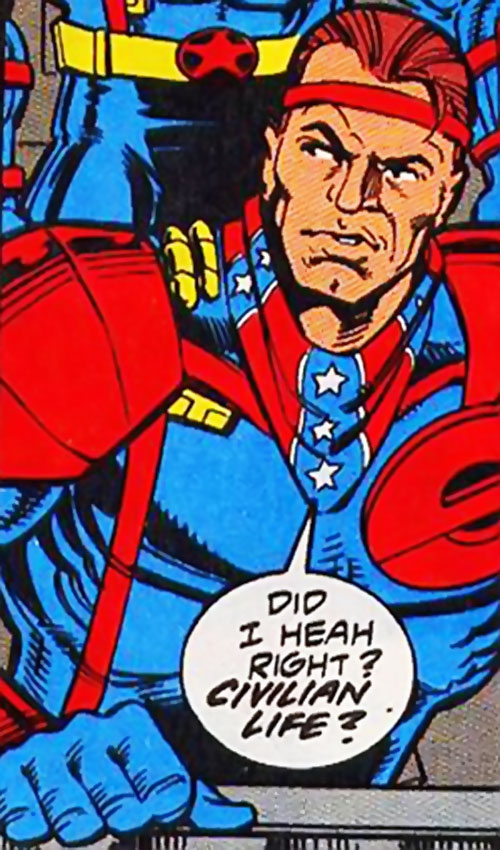