Before reading this profile, be positive to peruse :

It comes with a power battery. But whether Power Ring needs to recharge it is unrevealed.

Interestingly, Hal Jordan could pump green willpower energy into Power Ring’s ring. This made the ring’s creations too heavy for the villain to handle. This might indicate a commonality between the two… or it might be a green herring. 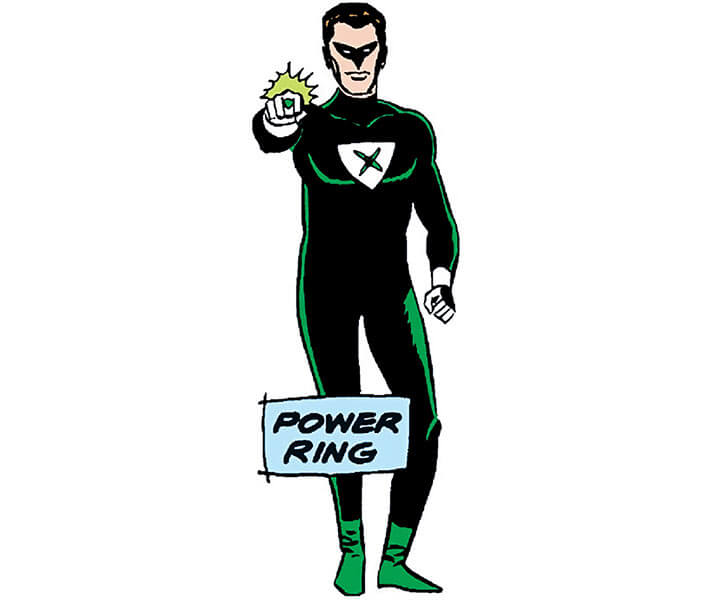 It’s a kind of magic

Like Alan Scott’s ring, it was also capable of magical feats. The ring could apparently do anything.

Curiously, Power Ring almost never had his ring use magic on his own. It was always when prompted by a third party suggesting to manifest a specific magical effect.

Such spells have included :

Even Earth-2’s Doctor Fate could only suspend these spells for a while. 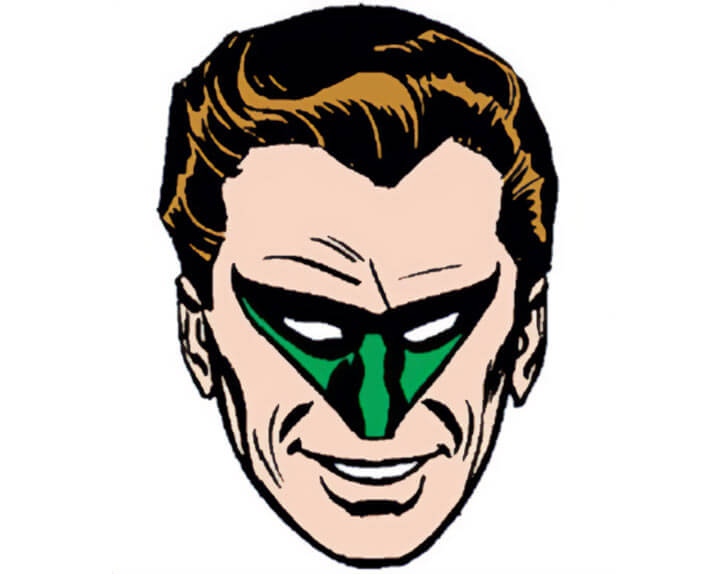 Power Ring mentions that he received his mystical artefact from “a poonghie” named Volthoom.

This is a dated spelling for the Burmese word “phungyī” (well, ဘုန်းကြီး), meaning a Buddhist priest/monk.

The insignia on Power Ring’s chest, ring and power lantern is pretty much a sans-serif green X.

Like Superwoman, Power Ring acted competitive. He thrived on being challenged, and wanted to maintain his fighting edge.

He had some sort of rivalry going with Johnny Quick, and was something of a blowhard.

Power Ring did a fantastic job at underestimating the Huntress (Helena Wayne) for being a woman without powers. 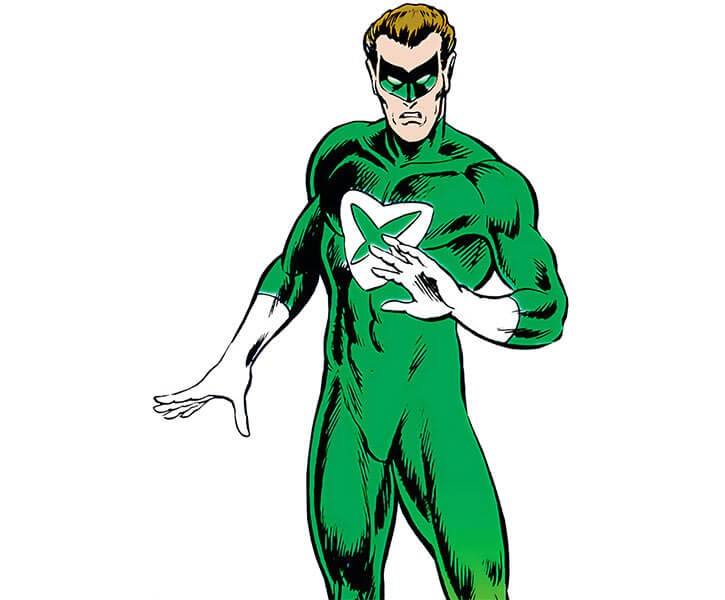 MIA to underestimating women (SIA if he knows they have no powers), Misc.: using the RING’s Sorcery is Minor Marginal unless somebody else suggests a specific application. 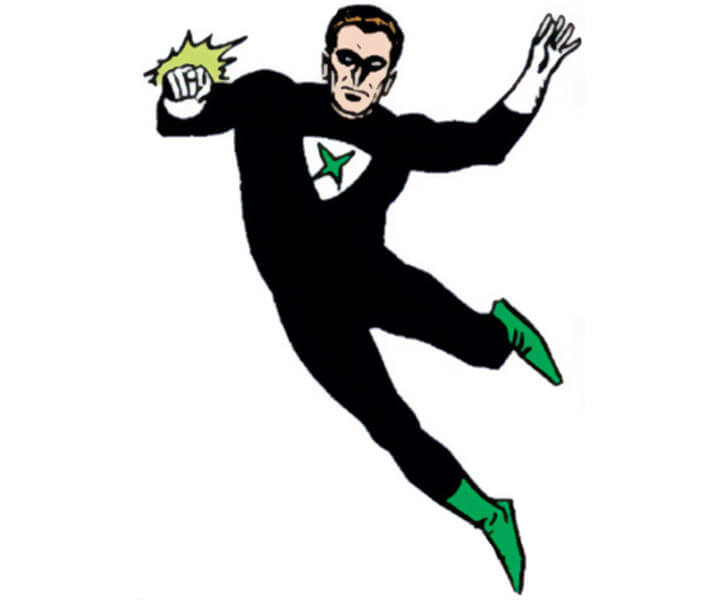 These stats are closer to the Mayfair statting approach than the writeups.org one.

So they assume heroic values, rather than the numbers demonstrated in the story.

This is in part to keep Roy’s old estimates whilst rewriting the entry many years later. And in part since, as a Silver AgeSuper-hero comics from the late 1950s to the early 1970s. character, Power Ring and his ilk work fine with cookie-cutter, highballed stats. These do not interfere with the four-colourSomething goofy from over-the-top early comic books. stories they appear in.

We have a whole technical framework to model power rings. But it doesn’t seem to apply in this case, particularly when it comes to User Linking.

With Power Ring we also run into a recurrent problem – how vulnerable was that version of Superman to magic at that point. The 1980s Mayfair numbers (use flat 04s for all values) are often unworkable. Here we’re assuming something like a -2 or – 3C OV/RV against Power Ring’s force constructs.