The following is entirely fictitious and in no way represents the true events surrounding the real people whose names appear within.

For instance, to the best of my knowledge, Steve “Sting” Borden is still with his wife. Although he is a born-again Christian.

In 1985, a talent scout named Red Bastien found four body builders from four different gyms in Southern California. He offered them the chance of a lifetime ; sign promotional contracts with him. Furthermore, he would give them a treatment which would increase their physical strength and stamina a thousand-fold as well as provide them with practical combat training.

The four men underwent an experimental process (much like that of the Marvel Universe’s “Power Broker”). It gave them superhuman strength and endurance along with the matching increased size and muscle mass (but requiring a “maintenance serum” to prevent returning to normal). They were intended to be media titans and they looked the part.

Bastien ran them through a grueling, six months training course. It taught them small unit tactics, hand-to-hand combat skills, and the social manners needed to serve as his ready-made, PR friendly superhero team.

When the training was complete, Bastien provided them with costumes and code names. Hellwig became “Justice”, Borden “Flash”, Donnoho “Glory” and Miller “Commando”.

Bastien dubbed this quartet “Power Team USA”. Then he unleashed them on a crime-fighting spree to clean up “the good old U.S. of A.” while he sat back and cashed endorsement checks and interview fees.

Bastien quickly found fault with his original plan. “They looked great, but they couldn’t fight worth a lick.” They took on gangs, organized crime, and most notably, small time metahuman crooks. Yet they frequently found themselves outmaneuvered by competent criminal groups.

They were unable to bring in their mob targets with any substantial evidence. They also were sent running with their tail between their legs by more than one up and coming superpowered crook looking to make a name for himself.

After suffering defeat after defeat, it was apparent that Power Team USA couldn’t coordinate their efforts. They were not short of power, but were sorely lacking when it came to useful experience and maturity.

After only three months together, Miller left the group. He claimed that “it wasn’t as much fun as I thought it would be”. He stopped using the “maintenance serum”, and immediately returned to his original size and strength.

Garland “Glory” Donnoho was next to depart Power Team USA. He changed his code name to “The Myth” and relocated to California. It was an attempt to continue fighting crime while still staying closer to his family.

This lasted for all of five months before he too ceased using the maintenance serum, returned to his normal state, and took a desk job, relocating his family to suburban Washington D.C.

Things did not end so easily for Hellwig and Borden. Both were enthusiastic about fighting crime, but by this point, Bastien’s heart had gone out of it (along with what little profit his enterprise had shown). He dissolved the parent company behind Power Team USA and disappeared. He hid his involvement in that failed venture, lest it hurt his employability.

Hellwig and Borden continued to work together for the next year and a half. Hellwig changed his name from “Justice” to “Rock”. “Rock and Flash The Blade Runners” (admittedly named after the film of which Hellwig was a huge fan) fought crime throughout the Gulf coast region.

They were more successful than Power Team USA ever had been, but without much more respect.

The end of the partnership happened gradually. They both craved the media attention that came with their crime fighting, but for Hellwig, it became the goal. The two parted ways.

Hellwig began focusing more and more on his physical appearance and the publicity it garnered him.

He changed his code name to “The Ultimate Warrior” and continued fighting crime alone. He would move to a major city, fight crime there on the streets for several months, and then move on when either he grew bored or the local authorities voiced their displeasure with his vigilante activities.

Over the years, he changed his look and found people (like Bastien) who were willing to finance additional procedures which gave him added metahuman abilities.

After many years in and out of the spotlight, Hellwig retired. He had legally changed his name to “Warrior” years before, and the experimental procedures on his body had taken their toll. While he remained inhumanly strong, his agility and stamina had paid the price.

In recent years, he has retired from public life, keeping his name in circulation through his “Warrior Words” newsletter (available by subscription for a modest donation) and “Warrior University” – a training academy for would-be superheroes. Neither has gained him good press and he is generally regarded (fairly or unfairly) as a kook.

Borden changed his code name to Sting. He entered into partnerships with several other adventurers, finding himself betrayed time after time. His reputation changed from one of promising young hero to “that guy who keeps getting played for a sucker”.

He even served a brief stint doing high profile special operations for the NSA as a member of the infamous “Four Horsemen” team (in an early version). He was then inevitably stabbed in the back by his three teammates when they betrayed U.S. interests and became international mercenaries.

By this time, it was an old story for Sting. He became a born again Christian and began some informal preaching, but even that ended in betrayal, this time by his wife. After the settlement was finalized, Sting disappeared.

Sting has since gone into seclusion – he lives in among the rooftops of Los Angeles, occasionally making trouble for the gangs and scaring the hell out of the occasional mugger.

He’s taken to dressing in a costume reminiscent of The Crow and has ceased using the maintenance serum entirely – although years of use have left him with some residual superhuman strength. He seems to have lost his spark, but he’s still out there, lending a hand from time to time. 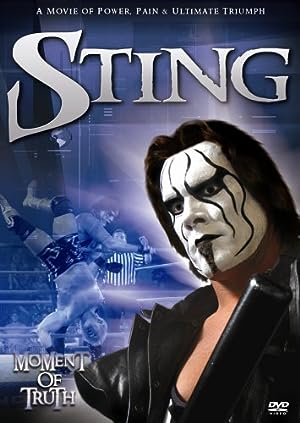 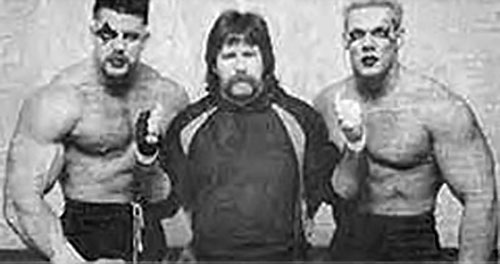 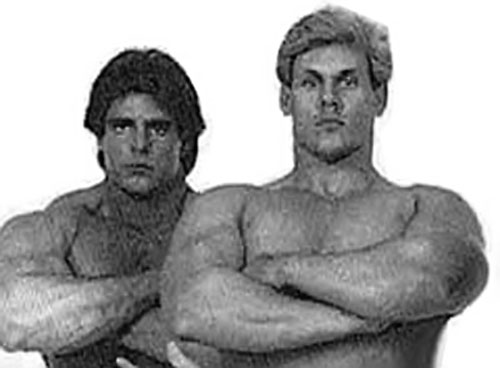