*This* Powerhouse (there are many) was first seen in a 1991 Spider-Man issue.

She has little material, she has vague powers, she has the stereotypical Erik Larsen visuals and she firmly falls in the “obscure” bin.

A superhuman mutant, Powerhouse can drain and reuse energy. This includes energy from living beings, and may in fact be limited to such.

She is fit and has significant combat experience. 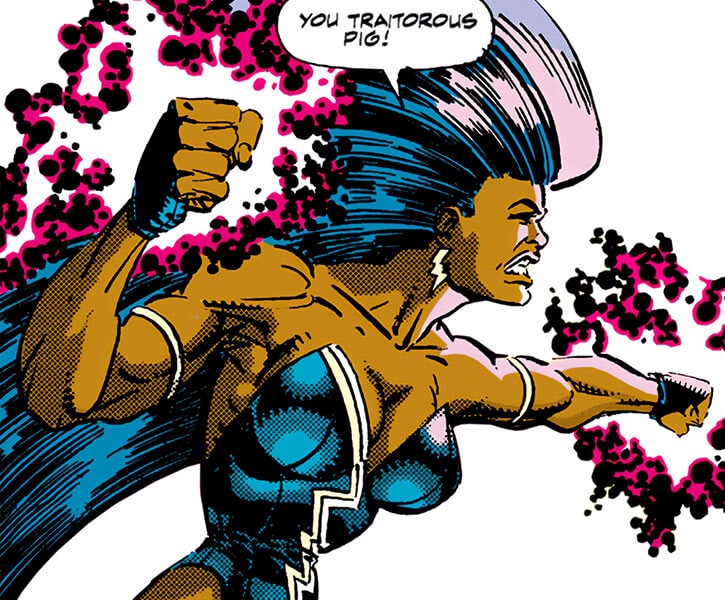 Powerhouse is a mutant supremacist.

In 1991, she attacked an Empire State University lecture given by the Beast (Dr. Henry McCoy).

This was derailed by the concurrent attack of anti-mutant activist Masterblaster, and the intervention of Spider-Man (Peter Parker).

In 1998, she attacked the UN Building. Powerhouse used her plasma blasts to keep the NYPD at bay.

Wolverine (James Howlett) and Warbird (Carol Danvers) responded. However, Carol was drunk as a skunk, which made everything worse.

In 2004, Powerhouse robbed a bank. Inexplicably, she was allied with Masterblaster, who was in charge of demolitions to breach the safe.

But Spider-Man intervened. Spidey now had a sense of her powers, and attacked with enough speed and force to overwhelm Powerhouse.

Powerhouse was arrested and sentenced to seven years. To her surprise, she was visited in prison by some random bystander. He had become smitten with her during the attempted hold-up. 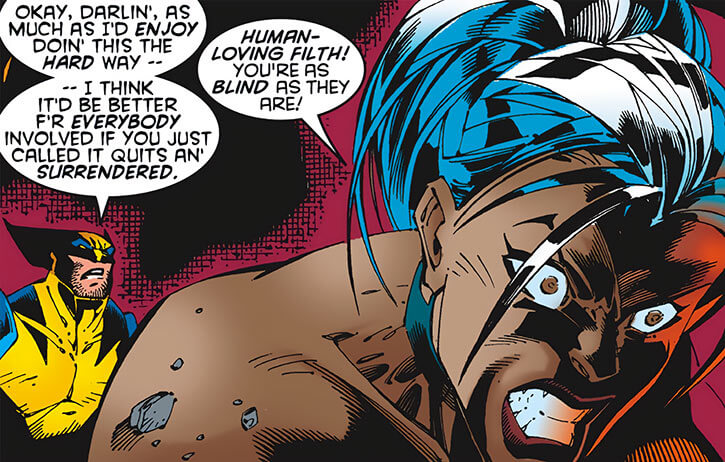 “It makes me sick the way you rally to the humans’ aid, while our people are hated and feared the world over ! We were the ones gifted at birth — we have the powers, the abilities, and that makes us their superiors !”

Another time, another universe

Powerhouse looks much like Rapture (Sharona Jackson), a Savage Dragon ally. She might thus be an otherdimensionalLocated in another reality. equivalent of her.

Powerhouse could conceivably be named Sharonna Jackson… except for legal reasons.

Powerhouse (no, not that one) 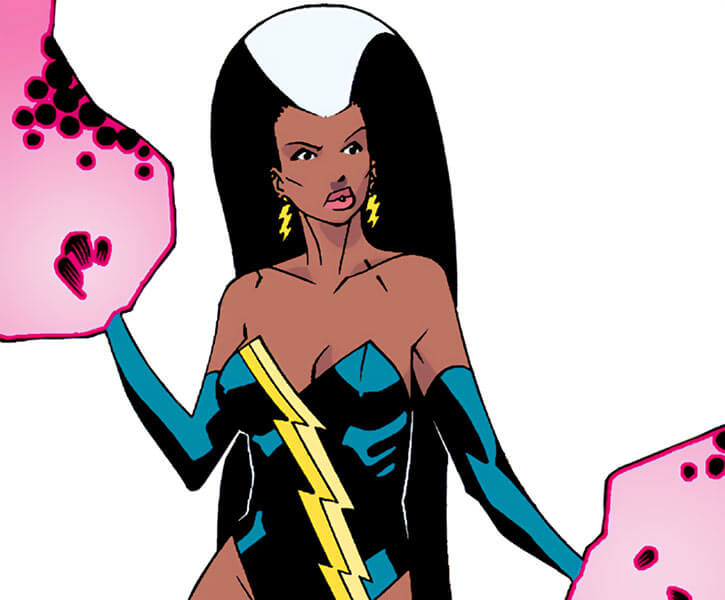 The power of gregariousness

We are going to *assume* that Powerhouse’s exact energy output depends upon how many people there are around for her to drain a bit of energy from.

Her baseline power levels are given above for a generic urban setting.

Given denser crowds, she can engage her Power Reserve. Proposed scale :

Likewise, in a low-inhabitant-density environment she’d get a Power Loss Vulnerability.

Yes, I’m extrapolating how her powers might work, since :

You can also see the Every-Man (Larry Ekler) character profile for loosely similar mechanics. These are in his second profile.

The dialogue keeps describing how she drains energy, weakening those around her. A literal approach would thus model her using Drain or somesuch.

But simply allowing her to boost her AVs (and to a lesser extend her EVs) works just as well as lowering people’s OVs (and RVs). And it is much simpler.

Writeup completed on the 4th of December, 2018.