Unless you’re unusually knowledgeable about the 1986-87 New Universe series Merc, you should first read our Mark Hazzard character profile for context.

Despite her youth and modest stature, Priestess is a superior martial artist.

She is trained in an undisclosed set of Japanese martial arts styles and ancient weapons. Priestess presumably has been training every day since she was 14.

Though it’s not her preferred form of combat, she is also proficient with firearms.

The two dojo members who came to Iran with their teacher had the same stats as Priestess herself. Presumably she could also recruit from her students half a dozen guys with evil karateka thug stats.

As a teenager, she ran away from her father. She soon ended up in New York City alone and without a future.

As she was being approached by a pimp, the youth ran into Mark Hazzard, who intimidated the man away.

After taking her to a diner and listening to her story, the stony-faced Hazzard took her to a dojo run by a Japanese-American friend of his. This man taught karate to the runaway.

She eventually became the sensei’s star pupil. She was apparently employed or at least sheltered by the dojo.

The sensei died some years later. He willed his school to the young woman, who at that point had become known on the street as the Priestess. The Priestess ran the dojo, though she considered that Hazzard owned it as much as she did.

The way of the empty hand

Hazzard would often come to spar full-contact with students at her dojo. It was a place where he could brawl with decently skilled opponents and keep in shape without attracting police attention.

The Priestess helped Hazzard with his work, mostly with incidents taking place in New York City.

After Hazzard’s shop (Mal Rossi and Louis “Treetop” Barrington) broke up, Hazzard crashed at Priestess’ place for a while. 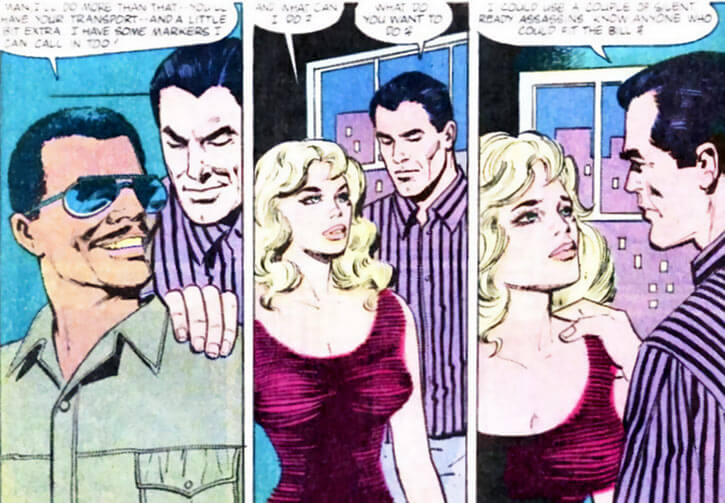 In 1987, Hazzard was captured by the Iranian military during a decoy flight. His friends arranged for a rescue mission despite the odds. Priestess joined, falsely assuring team leader “Stryker” Griffin that she had parachuting experience.

The Priestess was detailed to silent sentry elimination duty. She brought in one of her instructors, a Korean-American man named Kim Sum, as well as her best student, one Tony Panetta.

Priestess and her crew operated with Griffin himself, a former Navy SEAL. They discreetly commandeered an Iranian Coast Guard vessel after killing the sentries and crew. Using the ship, they then helped storm the prison where Hazzard was held.

End of an era

After he got back to the US, Hazzard was killed whilst confronting his ex-wife’s new husband. Who had been the one who informed the Iranians about his presence.

The Priestess was among the close friends who stayed at the comatose Hazzard’s side. Eventually, the decision was taken to unplug his life support rig.

The New Universe operating in “real time”. If she’s still alive, Priestess would now have an age appropriate for somebody born during the mid-1960s.

The Priestess is the pretty centrefold blonde type, which the art inevitably emphasises.

This has proven useful in some infiltration jobs. As well as in making Hazzard’s mid-life crisis the by-the-book, get-yourself-a-prettier-and-much-younger-girlfriend one.

Hard to say from her few appearances. She’s highly dedicated to Hazzard, and strikingly confident about her skills.

She seemingly continues to develop her dojo to honour the memory of her sensei.

Furthermore, she appears to have a mission toward inner city kids and runaways like she once was. Priestess gives them the skills and confidence to help them survive and prosper in the concrete jungle.

The cliché would of course to have her be a former student of Ted Grant.

For something a bit less conventional, she could be a friend of the original Peacemaker, her story being pretty much unaltered beyond that.

The Priestess’ background is close to that of the post-Flashpoint, pre-Rebirth Black Canary. If you like the theme of otherdimensionalLocated in another reality. echoes, Priestess’ name could easily be Dinah Drake. 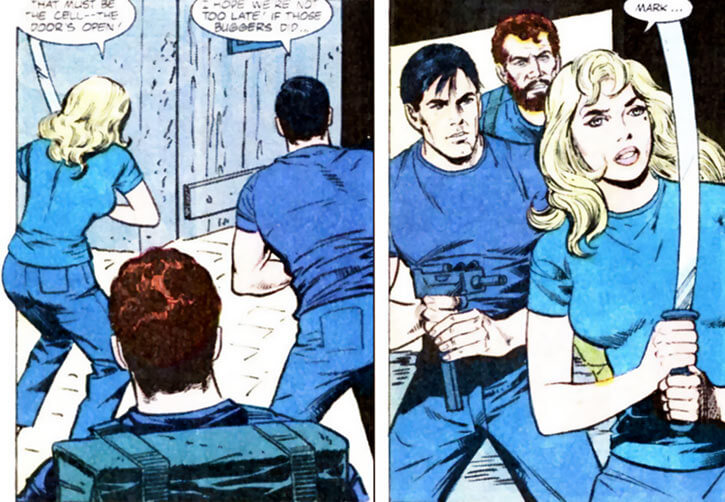 Expertise (Karate instructor), Headquarters (Expansive, her dojo). It is likely that she speaks Japanese, and she presumably has a Familiarity or Expertise in Japanese martial lore.

Mark Hazzard (High), her students (High). It is quite possible that she also has a Street (Low) connection of most of her pupils are indeed inner city New York kids.

MIA toward Mark Hazzard, Misc.: Priestess is a young, attractive woman in a world of big tough macho killers, which can make cooperating with them a tad awkward. 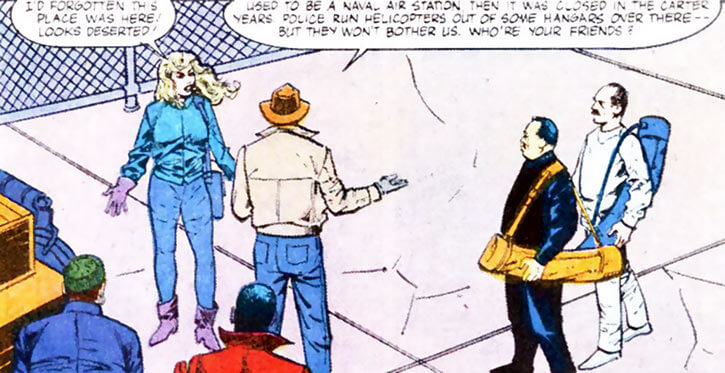