Zelda Dubois has an excellent stage presence, and is a remarkable snake charmer. That’s it. Even in her best day, she’s hardly a threat unless your character is Forbush Man.

Her monstrous snake, however, can be a very real threat to a low-powered character.

Dubois joined the Circus of Crime in the US, and was part of that wacky outfit for years. She was part of the short moment of grandeur of the circus, when they assaulted the Avengers’ Mansion during the wedding of Henry Pym and Janet van Dyne (they were, of course, defeated within seconds).

Showing guts but little common sense, she later attempted to hold Antony Stark for ransom. Her python ended up being killed, leading to the attempted suicide of the distraught Princess Python.

After a lot of rest and recuperation, she worked up the will to get another python and train it. Dubois joined the second Serpent Squad (Cobra, Eel, Krang) lead by the Viper on an attempt to capture Roxxon’s CEO and gain access to ancient Lemurian artefacts. She was KOed by Captain America (then called Nomad) who flung her own python at her. She then went back to the Circus.

Princess Python again attempted to attain an higher status than the Circus by joining the Serpent Society. However, she was definitely not cut for the violent mercenary actions of the Society. When made a part of a team assembled to kill Modok, she panicked and deserted, seeing how a simple snake charmer like herself had no chance against real threats like Modok.

The Society’s boss, Sidewinder, had to track her down, debrief and torture her. He expelled her from their ranks, holding her for ransom until the Circus of Crime paid to get her back alive.

Surprisingly, Dubois persevered in her attempts to increase her rep. She played an important role in Superia’s attempt at world domination by serving as a mistress of ceremony for her rituals.

A nervous woman who performs at her best when being a part of a large group, Princess Python dreams of being a major player on the superhuman scene. She uses her python both as a tool and as a weapon. She never physically fights, unless her python is wounded or in grave danger.

She seems to have a very strong rapport with her snake, and sometimes seems to prefer spending her time with it than with people.

“All right, Clown — but be gentle with him! He’s rather cute — in an offbeat sort of way !”

Advantages:
None (but remember she can give Hero Points to her Pet without having Leadership, as per Pet rules).

It will, of course, attempt to Grapple. 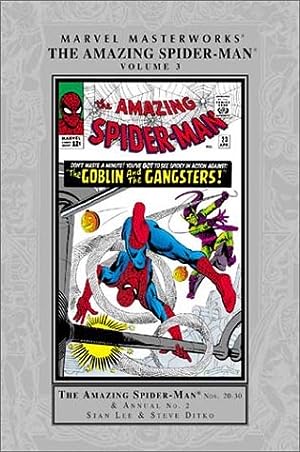 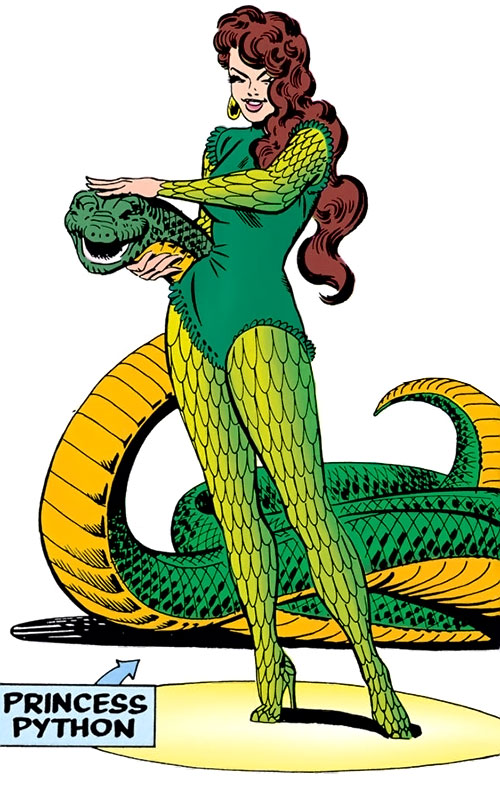