The Printer’s Devil’s main asset — beyond his spectacular costume — is a stylised pitchfork loaded with weapon systems.

The central tine can shoot flames (which could even destroy arrows in mid-flight). The lateral tines can shoot a stream of large, heavy, slow bullets. The pitchfork holds an impossible amount of ammunition. How it can hold so much fuel and so many bullets is unrevealed.

Doyle could shoot with enough accuracy to threaten (but not actually hit) Green Arrow. This forced the archer to spend Hero Points  on OV just in case. He also managed some neat trick shots – once shooting a deploying net arrow in mid-flight and returning the net to entrap Green Arrow.

The second Printer’s Devil did not demonstrate this level of accuracy, though he may have learned since.

In 1984, Tommy Doyle was a sports journalist at the ailing Daily Star newspaper. As the staff learned that a large Australian press corporation was planning to buy the Star, Doyle decided to foil the buyout due to the terrible reputation of the possible buyers.

Through unknown means, Doyle procured the gear that allowed him to create the Printer’s Devil identity, including some weaponry. For what it’s worth, a printer’s devil is the traditional name for apprentices in printer’s shops.

He started a fake campaign of harassment against the Daily Star’s building, complete with faux terrorism and attempted arson. Doyle’s hope was that the press conglomerate would drop buying the Star after seeing that a costumed terrorist was after it.

The Printer’s Devil was soon stopped by Green Arrow, who as Oliver Queen was working as an unruly columnist for the Star.

Another shall rise in my place

Some weeks later, Doyle was threatened and nearly killed by an unidentified man. This person knew that he had been the Printer’s Devil and stole his costume. Thankfully, Green Arrow happened by and forced the new Devil to retreat.

The new man in the costume was apparently the owner of a printer’s shop. This shop had lost a key contract after his “hot type” press, an older model, were considered too slow . The contract was picked by a more modern shop with “cold type” presses. Losing this contract apparently sunk the shop, and the printer decided to have his revenge.

The unnamed man joined two others who had been ruined by technological progress – Bad Penny and the Pinball Wizard. They ravaged the World’s Fair, an expo in Star City with numerous examples of cutting edge automating technologies that were threatening to destroy even more jobs.

The amateur terrorists were stopped by Green Arrow, though he empathised with them.

The second Printer’s Devil was real bitter. He was lashing out at all sorts of automated and robotised technologies, to convey the message that they cost jobs and livelihoods.

The first Printer’s Devil was hamming it up when it came to projecting a diabolical image. Not because he hoped to trick people into thinking that he was a demon, but to convey the image of being a nutbar and a deluded fanatic.

“[They are going] to Hell… a Hell to which I have condemned them ! A Hell beyond redemption… ruled by… the Printer’s Devil !”

“You sealed your eternal fate when you took arms against me ! For your impertinence you will suffer… eternal damnation !”

Printer’s Devil (both men use the same stats) 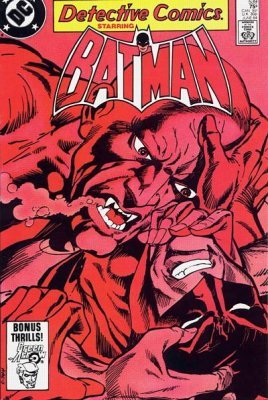 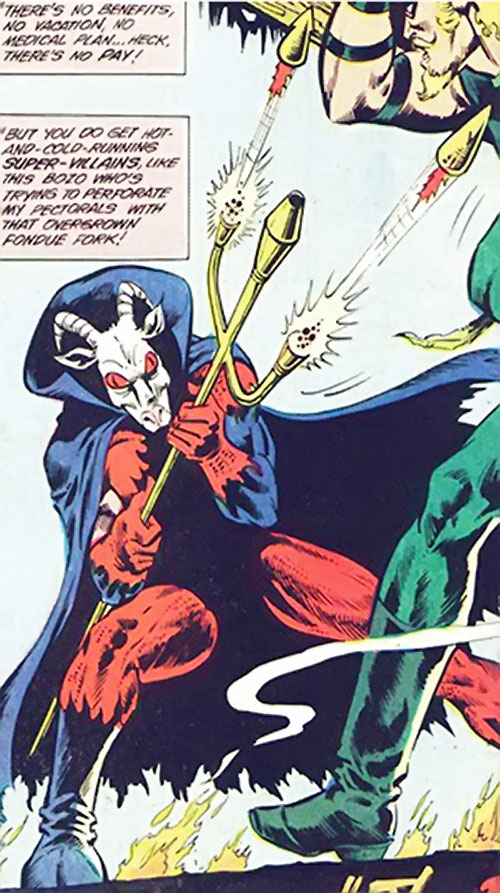