T-Bag has common criminal skills and is particularly adept at surviving in a hostile prison environment. He is a master of dirty tricks. He seems to be able to endure both extreme physical or mental torture without too much trouble. His strength of personality usually makes him a top dog.

Furthermore, T-Bag is a psychopath well-versed in acting various roles for different purposes.

Alias: T-Bag.
Back number: 89632.
Location: General Population, A-Wing, Cell 16.
Crime: Six counts of Kidnapping, Rape and First Degree Murder.
Sentence: Incarceration for the rest of his natural life.
Time left on sentence: The rest of his natural life.
Eligible for parole in: Inmate is not eligible for parole .
Notes: Theodore Bagwell is one of the most dangerous predators at Fox River Penitentiary. Not surprisingly, he has barely known a life outside of confinement. After multiple citations for vandalism and cruelty to animals, a 10-year old Bagwell was caught attempting to burn down the home of his fourth grade teacher and was sent to juvenile hall. It was there that Bagwell was first introduced to a white supremacist gang, known as the Alliance for Purity.

As Bagwell grew up, his crimes grew more serious, including assault with a deadly weapon and attempted murder. For these crimes, Bagwell was sentenced to Alabama’s Donaldson maximum-security prison where he immediately assumed a leadership position in the Alliance for Purity.

Upon Bagwell’s release 4 years ago, he immediately returned to a life of crime, and embarked on a rape and murder spree across Alabama that included several teenage victims and landed him on America’s Most Wanted, the popular television series.

Once captured, Bagwell’s attorney petitioned for Bagwell to be incarcerated out of state, for fear of re-establishing power in the Alliance for Purity.

When Bagwell landed in Fox River 10 months ago, its chapter of the Alliance was non-existent. Thanks to the charismatic “T-Bag,” it is now one of the most powerful gangs in the prison.

T-Bag is a slender male with black hair and a goatie. He appears to be confident and is usually seen with a disgusting smirk on his face as he is talking down to people, threatening them or taunting them.

T-Bag is a confident, strong-willed and sadistic criminal who cares nothing for the well-being of others. He is, in fact, a diagnosed psychopath. He enjoys various evil and spontaneous acts, and was already as a youngster engaged in vandalism, arson, animal cruelty.

As Bagwell grew up, his crimes grew more serious, including assault and attempted murder. He is also a notorious rapist of both men and women.

T-Bag really enjoys degrading people and will keep his own male b*tches in prison (he will often pick up new inmates). Furthermore, T-Bag is a racist, that really dislikes black people, and has assumed control of the Alliance of Purity, an organization for white power, at Fox River Penitentiary. He is often seen with a perverted smirk, where he licks his lips.

Naturally, the concept of revenge is predominant in his behavior as well. As these things often go, he can’t take it as well as he can ditch it out. He is very used to getting the short stick in life, but has never accepted that, and intends to come out a winner.

T-Bag is willing to enter temporary alliances with enemies (whom he will taunt for the duration of such alliances), and will happily double-cross them all in the end. He is very independent and could easily go into hiding for extended periods of time in a society and come up on top in the criminal underworld. He appears to be most happy when he has done something really bad.

[About the rising temperature in the cells] “Not that hot ?” [he points to an African American cellmate] “When this guy woke up, he was white !”

T-Bag: “Are you a doctor ? Because you got the arrogance of a white coat. Mmmm… you’ve got more letters than the alphabet, good for you. You gonna analyze me, doc ? Fix me up before I go back to the animal factory ? Ask me some probing questions ? Find out how I tick-tock ? You want to know if I kill with ease because my daddy raped his retarded sister and I got spit out slightly more useful than an after-birth. Or maybe because I didn’t make captain in the great iron gang and never had a Cherry Valance of my own. Or maybe because the book-worm queens who later grew up to be Ph.M.D.s stared down their noses at me so much I thought the sun was beyond snuff-ball. Or maybe it was because when I watch a man die by my hand I finally feel that Theodore Bagwell matters more than all those nasty asses out in the world… because I know, dear, kind doctor, that in that moment nothing matters more in that soon to be dead man’s eyes than I !! Because I !… I am his gate keeper to life or death. Well, isn’t that a menagerie of misery that makes me so special a case study, doc ? Is it ?”
Dr. Lloyd Lowery: “You know it’s not, Theodore. When we started this case I thought I was gonna get some great insight into why you are the way you are. A look into a complex psyche… the glimpse into the neurological map of a madman that could show some light and some bigger truths and maybe help other sick people one day. As I got close and personal with you and your handiwork I found the truth. It’s a small one though. As unexciting as it may sound… some machines just come out of the factory broken. You’re a broken machine.”
T-Bag: (musing to himself when the good doctor has left) “No shit.”

Note:
T-Bag might have the Gift of Gab Advantage, especially if the GM wants to emphasise his manipulative abilities.

Equipment:
Shiv [BODY 06, EV 03 (04 w/STR), Note: This home-made melee weapon is usually kept concealed on his body for use at the appropriate time]. 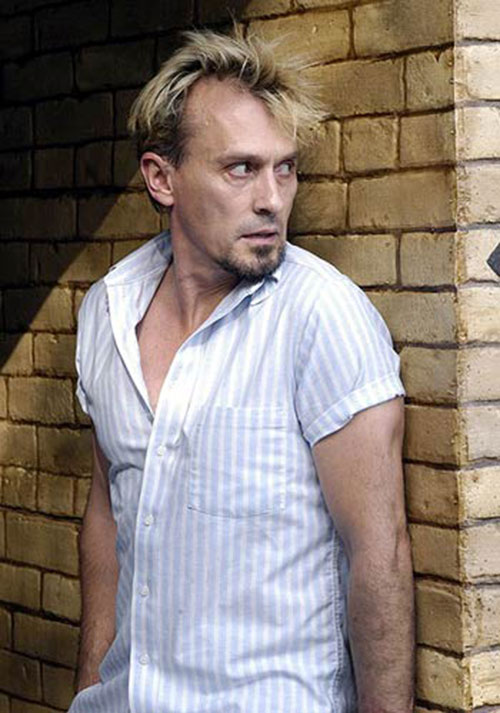 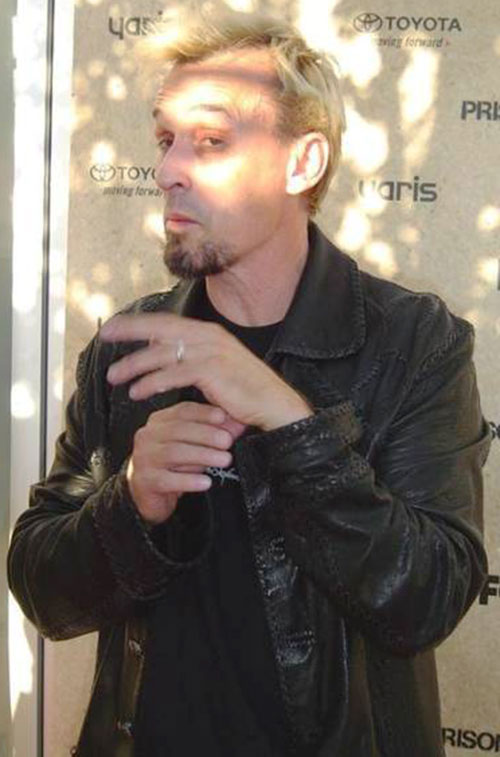