Prior to his change Proctor was a master swordsman and a gifted scientist. After being joined with his Sersi via the Gann Josin, he gradually began developing superhuman powers similar to hers. He has:

He also possesses a number of mental powers, including the ability to:

Proctor wields the Ebony Blade, an unbreakable sword which can cut through most materials. However, it bears a curse that comes into effect if the wielder uses it to take the life of another.

He also has access to some unidentified method of dimensional travel, and probably time travel also. Proctor did state that it had been centuries since his Sersi left him.

Proctor was Earth-374’s version of Dane Whitman (Black Knight), and was leader of that dimension’s Avengers. When that dimension’s Sersi joined his team, they fell madly in love. She made him her Gann Josin, a mental connection made by Eternals with their chosen life mate, rarely used on a non-Eternal.

Over time, however, Sersi lost interest in him, and left him. Their Gann Josin connection remained, driving Proctor insane.

He remained obsessed by her. Proctor used their link to drive her insane, causing her to destroy their world. He then killed her with his Ebony Blade, which left him victim to its curse. The curse didn’t gain full control of him, due to the Gann Josin, and the effects of the two states granted him his powers. 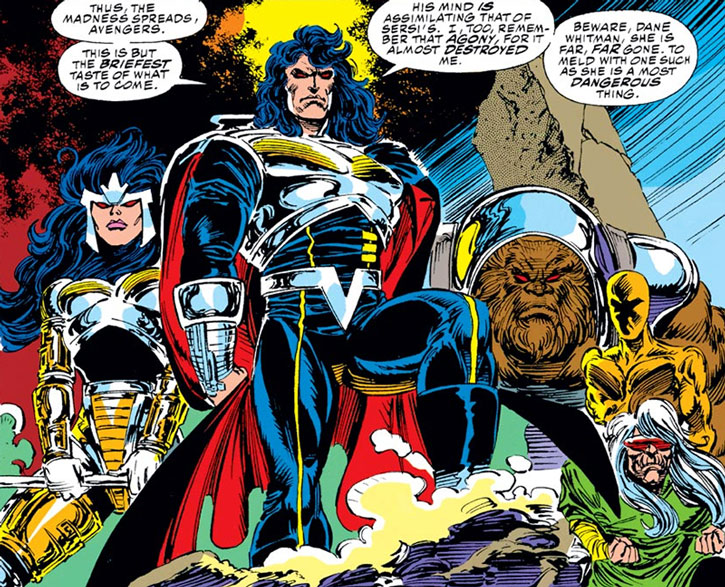 In the wreckage of his home world he discovered the injured Ute. Still obsessed by Sersi, Proctor enslaved Ute, using him to travel to other timelines . There he would use his Gann Josin link to drive the Sersi of that dimension mad, causing her to destroy her team mates and her world, and then killing her with his sword.

He did this to at least a hundred of them. Then he learned that the Sersi’s of all dimensions were reflections of the Sersi of the prime dimension (Earth-616 ). He decided to focus his attention on her.

He gathered a group of followers from the survivors of the worlds he had destroyed. He would convince them it was Sersi’s handiwork, and that they needed to help him eliminate her from all other dimensions before she did the same to them. In this manner he gathered Cassandra, Tabula, Sloth and Magdalene.

He learned that those he gathered sometimes had trouble surviving in a new dimension. In such cases proctor needed to perform a ritual, which involved the death of their counterpart from the new dimension. This would get them in sync with reality. This may be true – or it may have been a fiction he created so that he could gain greater influence over their minds.

At some point, before Sloth was gathered, Tabula’s curiosity became a problem, so Proctor placed it in stasis.

Proctor began a relationship with Magdalene. It ended when they recruited the Swordsman from an alternate reality, and Magdalene fell in love with him. Proctor kept them on as Gatherers, but harboured a grudge against the pair. The Swordsman of Earth-616 was long dead, and so the Swordsman could not be properly Gathered. He was left disoriented a lot of the time.

He sent the Swordsman and Magdalene to attack the Avengers, whom the Swordsman blamed for abandoning him to die. But his disorientation worked against him, and they were forced to flee.

On another gathering trip, they Gatherers recovered the Coal Tiger. He was grievously wounded when they found him, and needed Gathering quickly to have a chance of surviving in the new dimension. Sensing that his counterpart was also an Avenger in this dimension, Proctor sent the Gatherers to Avengers mansion to access their computers. 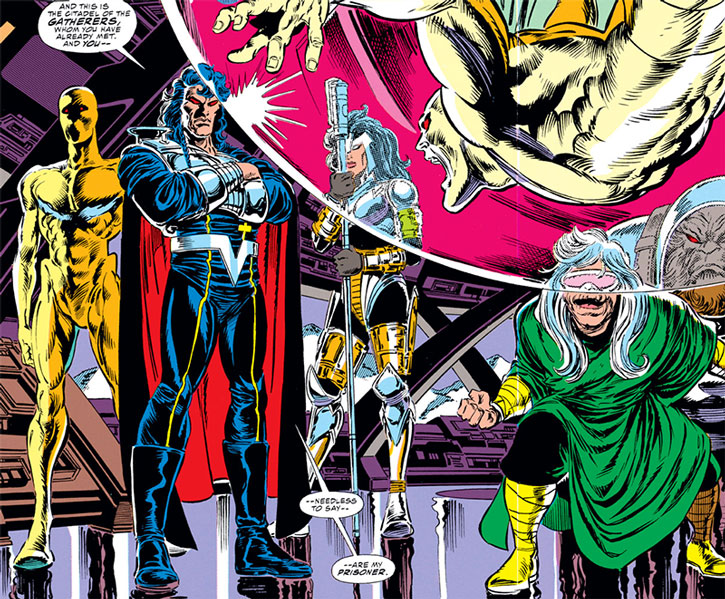 The Gatherers had already infiltrated the Avengers mansion twice, undetected. But the Avengers had detected anomalies, and were prepared for them on this occasion. They fought briefly, but Cassandra managed to subdue the Avengers. Thus, the Gatherers escaped with the information about their new member’s counterpart, the Black Panther.

They travelled to Wakanda, only to discover that the Avengers had warned T’Challa about them. As they attacked him, some of the recovered Avengers arrived, transported by Lockjaw, coming to the Black Panther’s aid.

While the battle raged, the Black Panther was subdued by the Gatherers. Cassandra attempted to Gather him. The ritual was disrupted, however, by the Coal Tiger, who refused to let another die in his place. He soon died, and the Gatherers fled. But the Swordsman was captured before he could get away.

Concerned for his well-being, Magdalene begged Proctor to let them rescue him. Proctor sent them to Gather the Vision from Swordsman’s dimension. Proctor said he would then send this Vision to rescue the Swordsman. When they returned with him, Proctor released Tabula, whom he sent with the other Gatherers to capture Earth-616’s Vision.

After swapping the minds of the two Visions, he sent his Vision to infiltrate the Avengers. Proctor gave secret orders to execute the Swordsman, keeping the other Vision captive.

For a while Proctor had been using the Gann Josin link to manipulate Sersi. This drove her to increasingly erratic behaviour, and forcing her into uncontrollable rages. Sersi assumed that she was entering the Mah’d Wyr’y, the Eternals version of insanity which usually takes centuries to overtake them. Thus, she established a Gann Josin link with the Black Knight.

During this time Proctor had also been killing men Sersi had shown any interest in. He then left evidence pointing to her. After the police questioned her about it, Proctor turned the detectives to stone and left them in the river.

When the Gatherer’s Vision failed in his attempt to kill the Swordsman, although he did seriously wound him, he was captured. This led the Avengers to Proctor’s citadel in the Andes. The Avengers stormed the citadel and battled the Gatherers, freeing their Vision.

When the other Vision revealed he had failed the mission Proctor had given him to kill the Swordsman, Magdalene turned against Proctor. Proctor also killed the (Gatherers’) Vision.

Proctor revealed to the Avengers that he was a previous Gann Josin of Sersi. He said that her increasing madness would be a threat to the world if she was allowed to live. Proctor activated the self-destruct mechanisms of his citadel, teleporting himself and Ute away. Thus, he abandoned the Avengers and his Gatherers to the citadel’s destruction.

He assembled a new team of Gatherers, an alternate Jocasta, Korg, Tarkas, Sliver and Rik.

Proctor led the police to discover the bodies of the two detectives he had turned to stone, and implicating Sersi. But meanwhile his Gatherers attacked the Black Knight and Sersi, without his permission. When the battle turned against them, Proctor teleported them away, and castigated them for their actions.

He soon confronted and captured Sersi, bringing her to his secret base. There he revealed to her who he was and how he had caused her breakdown.

Proctor moved his machines to the middle of New York City and activated them. He used the captive Sersi and Ute as power sources, to begin the collapse of reality. The Avengers rushed to the scene, and clashed with Proctor and his Gatherers. Proctor engaged the Black Knight in a sword fight, and gained the upper hand due to his powers.

His attempt to Gather the Black Knight was interrupted by Quicksilver. When Proctor turned his attention to Quicksilver he was stunned by Thunderstrike’s lightning, guided by Crystal. When the attack momentarily stunned him, the feedback from his link with the Gatherers knocked them all unconscious.

Before Proctor could fully come to, the freed Sersi ran him through with his own Ebony Blade.

Still obsessed with Sersi, he is focussed on punishing her for her actions.

He cares nothing for the Gatherers, seeing them only as tools for his revenge. Even his feelings for Magdalene are overwhelmed by the Gann Josin.

“I was a hero on my world, did you know that, Watcher ? A man others looked up to and admired. Her love destroyed me, and became a hate that will not be quenched until I erase her from all existence !”

The Gathering would actually work better in the DC Universe. There it’s already established that travellers in Hypertime cannot survive on a world where a counterpart of them already exists.

Advantages:
Near-Immortal, Misc. (Sersi has a -1CS vulnerability to his Mental Powers, 5 pts).

Proctor held captive the Watcher of his home dimension’s Earth, Ute. He kept Ute in a weakened and comatose state, which allowed him access to some of Ute’s sensory powers.

The link allows Proctor the Power Acuity: 30. But he must concentrate for one minute before using it, and any distractions can break his concentration. Ute is probably also responsible for his ability to travel dimensions, and travel in time (since he states it’s been centuries since Sersi left him). So he also gives access to Dimension Travel: 12, and Time Travel: 30.

Some travellers to alternate realities have trouble physically adapting to a dimension where a version of them already exists. Thus, they can be left disoriented and weakened. Proctor has claimed that this weakened state is because they cannot easily exist in the new reality until they have replaced their counterpart from that reality.

To do this requires finding their counterpart from the new dimension, and performing a ritual, called the Gathering. This results in the death of the counterpart, and leaves the Gathered characters vulnerable to Proctor’s powers. They’ll suffer a -1CS OV/RV vulnerability against Proctor’s Hypnosis or Mind Probe.

Should Proctor be rendered unconscious, his Gatherers will be affected by biofeedback, which could knock them out also. They are attacked as if by 12 APs of Sleep. Even if Gathering is not required, Proctor will still stabilize them when they first arrive, establishing the same kind of link.

Yet, others have travelled between alternate realities without encountering these kinds of problems. Therefore, it is possible that the Gathering is a charade perpetuated by Proctor to allow him to make his followers more malleable. 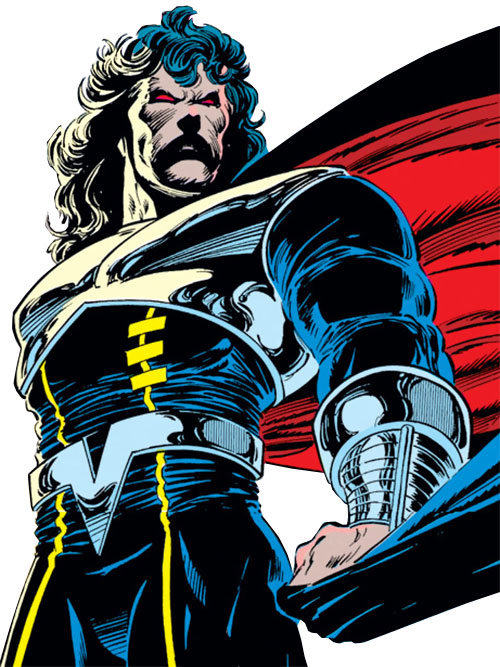 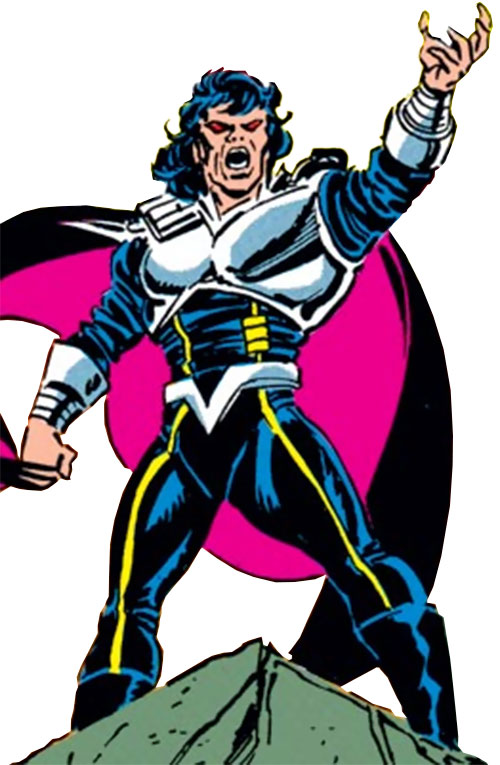 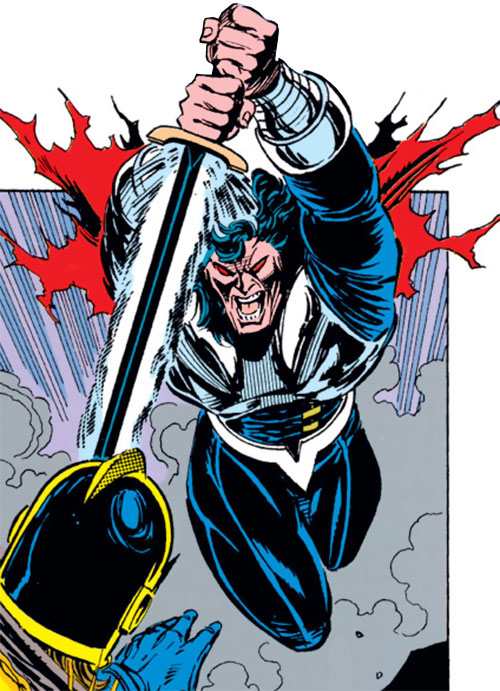