This guy appeared in the obscure, terribly cheap and shamefully bad movie Wild Wild World of Batwoman, which doesn’t actually have any link to DC Comics. If you insist, you can first read our Batwoman (She was a hippie vampire) character profile for context.

On the other hand, Professor Neon comes with free monsters, and Prozac that makes you dance the frug. So there’s that.

Professor Neon is a fairly ordinary scientist. His main claim to fame is improving upon other people’s inventions.

He seems to have a particular gift for chemistry, and has invented pills which make people go-go dance in place.

Also, for some reason, he knows how to make monsters, probably via some pseudoscientific chemical means.

Heathcliffe was Professor Neon’s lab assistant and main benefactor. Until an experiment the two were working on caused Heathcliff to supposedly take on the attributes on a chimpanzee.

In practice, however, Heathcliffe lacks even a chimpanzee’s ability to learn. He behaves like a hyperactive idiot, who capers around, mugs for the camera, drinks random things he finds in the lab, and ruins Neon’s experiments.

Neon understandably feels responsible for Heathcliffe, and is trying to reverse the effects of the experiment. But in the meantime, he uses him as something of a guinea pig.

Through some unknown and unexplained means (probably chemical), Neon is able to create monsters. The monsters are about the size of humans, somewhat scary-looking, and according to the criminal mastermind Rat Fink, are capable of breeding with human women.

This last bit is somewhat in doubt, as Neon was really surprised to hear it. On the other hand, Rat Fink is a lot smarter than Neon…

The fact that Rat Fink saw breeding these monsters with women as a viable alternative to waiting around for Professor Neon to make more seems to indicate that creating these monsters is a time consuming, difficult process (at least for Neon). Neon seems to have made about ten of them prior to the movie.

In the movie, these monsters were entirely realized by stock footage from the 1956 classic The Mole People. Their only interaction with the people in this movie happens when someone looks off-screen and reacts to them. Our game stats are based on their performance within Mole People.

It’s uncertain when or how Neon and Heathcliffe fell in with Rat Fink. But they were working together from the start of the movie.

Neon used his happy pills to keep the Batgirls whom Fink’s henchmen managed to capture under control. He also assisted in Fink’s attempts to capture Batwoman, and to incapacitate the Batgirls guarding the atomic hearing aid that Rat Fink was after.

At the, er, thrilling climax of the movie, Rat Fink was unmasked. And while no one was looking, Heathcliffe poured liquid cobalt over the atomic hearing aid. This somehow turned it into a powerful bomb that wiped out Rat Fink’s lair. It sent everyone flying, only to land on the beach, uninjured.

Somehow, the shock of the explosion caused Heathcliffe to return to normal. Professor Neon, on the other hand, threw his back out, causing him to be hunched over. It seemed their positions were reversed…

…At least until Neon, trying to kill a fly, whacked Heathcliffe over the head with a rolled-up newspaper. Which caused him to “hilariously” revert back to his idiotic self.

Neon is a middle-aged man, with thinning brown hair and glasses. He usually wears a labcoat and a striped tie.

He speaks with a bad generically-European accent. Which may be an affectation, as it tends to slip randomly. He stammers when he’s nervous or excited.

Affable but weak-willed, Neon seems to be a decent guy who often lets his love of science overcome his moral qualms. He definitely got in over his head when he started working for Rat Fink, and seemed to realize this, but was too scared of the criminal to back out.

He also believes his inventions to be brilliant wonders of the modern age, and himself to be a genius of the highest caliber. He will remind everyone around him of that if they seem to be forgetting. He isn’t above covertly drugging people with happy pills in order to show off how “amazing” they are.

He feels a paternal affection for his monsters and Heathcliffe, and constantly asks Rat Fink for permission to see the former.

“I don’t know what this pill will do to you, Heathcliffe, but I’m sure the effects will only be temporary !”

“I have no doubt that the name of G. Octavious Neon will go down in history as one of the absolute giants of civilized science !”

“But m-m-my monsters ! I want to look at them ! I must see my monsters ! Just a quick teensy look ! He may be mistreating them again or he may be hurting them !”

Neon: “You never let me see them anymore ! You’re always brushing me off ! They are my monsters, Rat Fink ! I-I created them with these- these hands and with this mind, I-”
Rat Fink: “Are you saying, Neon, that my own creations are something less than yours ?”
Neon: “O-of course not !”

Neon: “It is a very good idea to sit down and talk things over at the table ! I can whip up something for to drink and there will be plenty for all of us, and there will be something else, real nice !”
Flanagan: “Oh yeah ?”
Batwoman: “Forget it, Professor. I’ve had enough of those pills of yours. I have no desire to be made happy.”
Neon: “Well, how about a depression pill ?”

Hourman and the first Starman dealt with a disproportionate amount of criminal scientists in their heyday. And Neon and his monsters seem like a good fit for the Golden Age.

“…” (Twists his face up and mugs horribly for the camera)

Source of Character: Wild Wild World of Batwoman, aka She was a Hippy Vampire, directed by Jerry Warren (1966), character played by George Andre, aka George Mitchell. 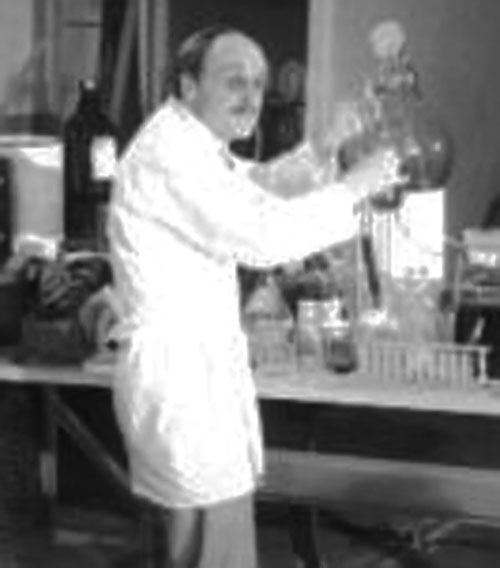 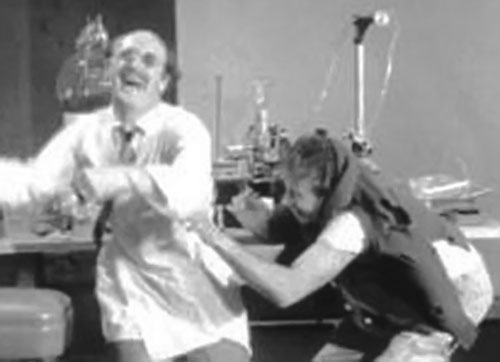 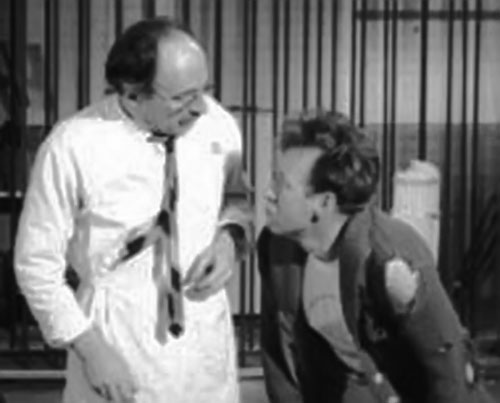 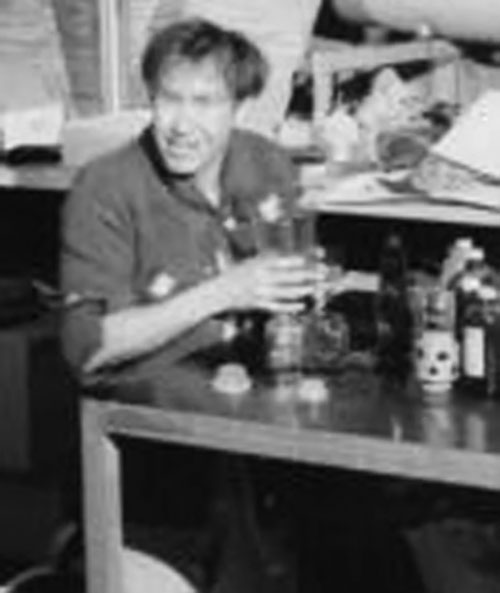