Due to her connection to a super-computing neutron star Professor Q has a vast superhuman intellect. She can master hideously complex technology and concepts.

She has some level of control over her endocrine system, and can slow down her perception of time. Also, she seems capable of manifesting extra arms as well as multiple copies of herself and at varying sizes.

Little is known of her life before joining The Monarchy, even by the Professor herself. She has only recently remembered her name. Professor Q was introduced to King by “Business Associates”, extra-dimensional arms dealers, from whom King may have bought her.

She is responsible for a number of the high tech systems in the Crown, including its teleportation system, as well as the Crown itself. She also improved and strengthened the Monarchy’s version of the Carrier.

The Professor takes joy in using her abilities and solving problems, although she has shown no real interest in regaining her memories.

She can be both vivacious and highly analytical, curious and cold, cheerful and uncaring. Unlike most comic book scientists, she seems to appreciate the use of violence and destruction.

“I’m the ‘calculator-goddess’, silly… my entire existence is about knowing.”

“I’ve just invented and built a portable gravity-wave cannon in three point four pico-seconds. The truth is if either of you had any idea how intelligent I am right now… you’d just piss.”

“At this very instant, my neural centre is hardwired into a super-computing neutron star at the edge of local creation. Given time and the proper piece of mental chalk, there’s nothing I can’t make or unmake.”

The super-computing star that provides her powers is actually Solaris. He used Hourman’s powers to smuggle her back in time with the Justice Legion A, but something went wrong in transit that left her lost and amnesiac.

Her link to Solaris has allowed his current version to be aware of her, but he hasn’t used her yet, preferring to let her infiltrate the superhero community first.

Source of Character: The Monarchy comic. 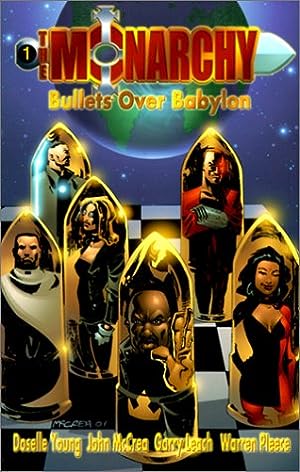 The Monarchy: Bullets Over Babylon 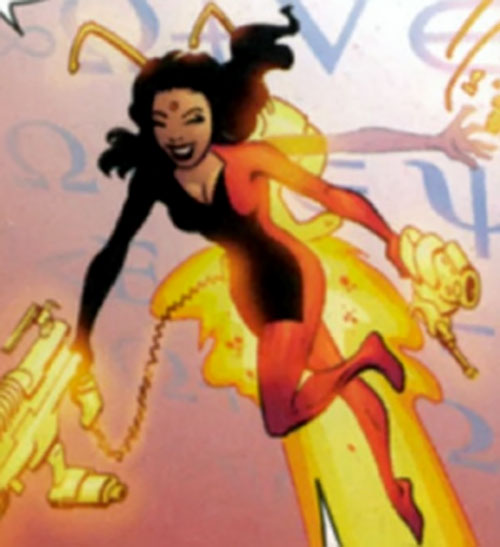 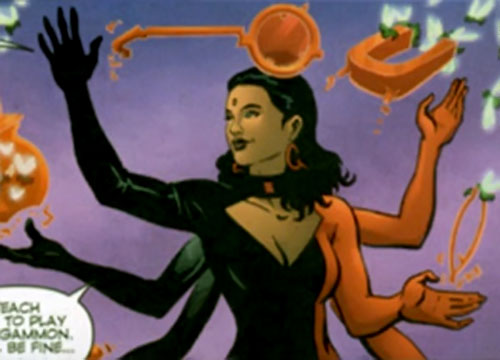