Prometheus is the son of two serial killers from the 1960s (à la Natural Born Killers). When his parents were gunned down in a stand-off with the police, he witnessed their deaths, his hair turned white, and developed an extreme hatred of justice. Through criminal connections and money stashed away, he travelled the world and studied (à la Batman).

He eventually ended up in Tibet where he received the Cosmic Key. It allowed him to travel to the Ghost Zone where he found many different, seemingly alien weapons and equipment. During an attempt to destroy the JLA, Prometheus was whipped in the groin by Catwoman.

Prometheus where’s a black and purple outfit with a white cape. He wears gauntlets, shoulder armor and a helmet that has a gladiator-motif.

Prometheus is a ruthless, single-minded criminal. His weaknesses lie in his inexperience and his arrogance. 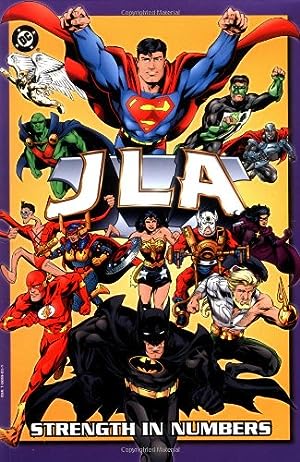 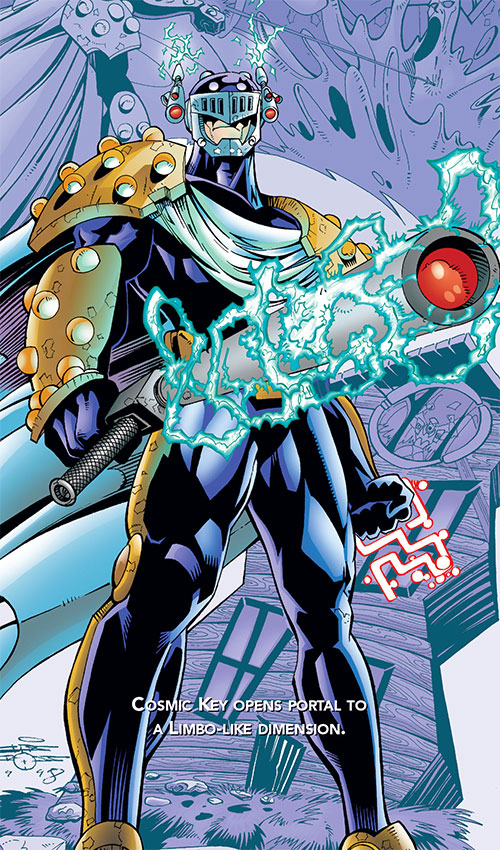