Young high school student Jason Hart watched helplessly as his young cousin Ted slowly became a drug addict. Nothing Jason or any member of his family could do would convince Ted that he wasn’t wasting his life, ruining his health and getting dangerously involved with criminal activities and disreputable people.

Ted distrusted his family intensely because of a past problem he felt they’d inflicted upon him. He tried to avoid his relatives, plunging himself into the new lifestyle all that much more, fuelled by their disapproval.

Desperate for a way to show Ted that he was in deep trouble, Jason remembered that his cousin had once been a big comic book fan. He thought that if a member of the family couldn’t talk to Ted, maybe a Batman-type super-hero could. He adopted the guise of a hero himself, the Protector, seeking to help his cousin.

The masquerade backfired, however. Through a long chain of events, Jason was forced to actually be a super-hero in order to protect his cousin from drug dealers who were looking to exploit the befuddled Ted.

When the story eventually broke, it came to the attention of Nightwing. He rewarded Jason with an honorary membership in the New Teen Titans and an intensive training course that would make him equal to the task of working with the heroic team.

The Protector’s costume is blue with a red gloves and a belt with a white star on it. His mask is like Kid Flash ; it open at the top so that his hair is free.

He has a blue cape.

The Protector takes his work very seriously and often makes speeches on the topic of drug abuse. His personality is like that of a less intense Nightwing.

“It’s an honor to work with the Titans.”

“I’ve trained my entire life to fight scum like this” 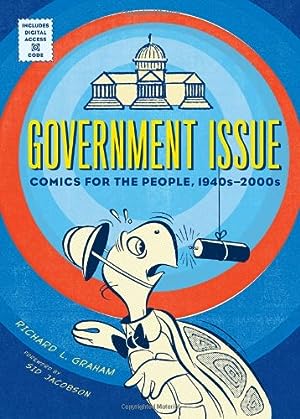 Government Issue: Comics for the People, 1940s-2000s (reprints this and many other stories)