Proteus is an obscure opponent of Batman & the Outsiders. He was only seen in one 1984 story.

So having notes for these guys sounds good to us.

Proteus is a shapechanger. He can easily stretch his limbs and body, turn his hands into spiked maces, grow wings to fly, etc..

He will always adopt an handsome countenance. 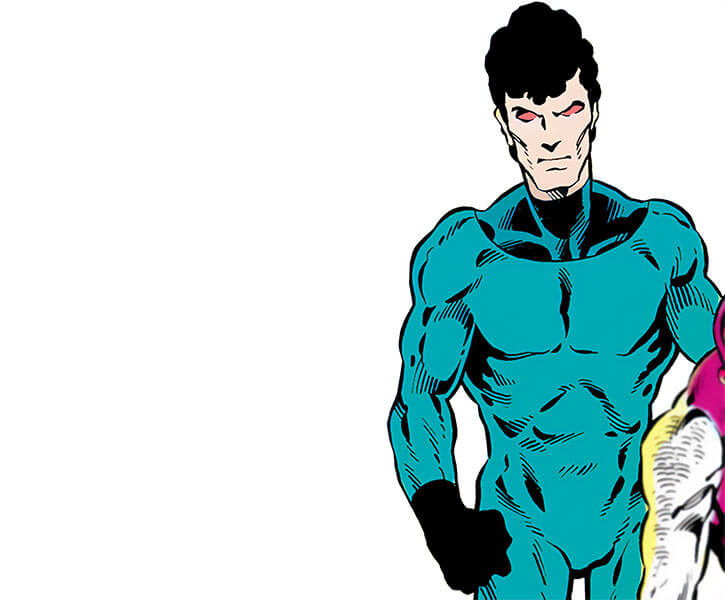 Vulcanus and Proteus II challenged Metamorpho and Black Lightning to a sort of combat handball, but were defeated.

The New Olympians were seemingly slain by Gog in 2008. But in my experience, actually slaying metamorphic persons is pretty hard.

Proteus seems to have a huge problem with his natural, ugly features. He begged Black Lightning to kill him instead of having him and Metamorpho see his actual face.

When he’s more confident, though, he’s dashing, handsome, and makes up all kind of cool things such as angelic wings.

Chameleon ceases being active when Stunned or unconscious (-1).

The Plastic-Man-style Variable pool might give him a bit too much flexibility, but it remains the cleanest approach.

As to his Deception score, it’s likely higher but we can’t really say.