He has also proven able to take a hell of a hit, though not completely resistant to firearms (Damage Capacity).

James Proudstar lost his brother, the original Thunderbird, in the second mission with the new X-Men. This was a source of bitterness and resentment towards Professor Xavier, whom James blamed for the death of his brother. So angered was he that he joined with the White Queen’s Hellions.

After coming to his senses about the White Queen and the Hellions, James went back to the reservation where his family lived. He had given up on the idea of being a costumed adventurer, good or evil, until Cable approached him to join the new team he was building, called X-Force.

James declined at first but when he returned home to the reservation, he discovered that it had been completely wiped out.

After the Camp Verde massacre

With nowhere to turn, James accepted Cable’s offer. He adopted the name Warpath, rather than going by his brother’s codename, Thunderbird, as he had while with the Hellions. In this way, he hoped that he could bury the past.

Warpath has proven himself to be an invaluable member of X-Force, supplying a great deal of raw power and speed. His resolve as a hero has only been eclipsed by one problem : unrequited passion for his teammate, Siryn.

He recently underwent a surge of self-confidence, during which he left the team briefly and traveled with a young woman named Risque. Risque had teased and tormented Warpath for weeks, finally luring him into a fight so she could kiss him.

She eventually saved his life when Warpath was soundly clobbered by Selene, the Black Queen of the Hellfire Club and renegade External. But Risque eventually betrayed Warpath by drugging him and delivering him to a mutant called Sledge, who in turn was working for Onslaught.

Sledge later informed Proudstar that a member of his tribe, Michael Whitecloud, had not died in the massacre. Sledge offered to give him to Proudstar for a fee. Proudstar accepted since Whitecloud is the only member of the tribe to know the truth about the carnage.

Vanisher, who was a business associate of Sledge, had been taken captive, while teleporting, by some cute little bunnies or somesuch. These had sharp teeth and carnivorous tendencies, and forced Vanisher to read stories to them. Sledge sent James into their dimension to rescue him.

Michael Whitecloud died at the hands of a scientist who had been working for Stryfe. Jimmy also “died” at the hands of the scientist and took a trip to hell where he found Stryfe. Soon X-Force was sent there to rescue Jimmy and he was yet again alive due to Siryn calling for him and X-Force defeating Stryfe.

Feeling he no longer needs to be known as Warpath due to coming to terms with his reservations massacre, James now goes by Proudstar.

Due to training under Pete Wisdom, Proudstar has developed in ways he never dreamed possible : he has discovered so far that he has the ability to fly by unknown means. Whether he has more untapped abilities is yet to be seen.

Proudstar forms the backbone of the new X-Force team.

James Proudstar is a rock. He is steady, stable, unwavering in his determination and resolve. He always seems to know where he is going and how to get there. Once having decided on a goal, he lets nothing and no one stand in his way.

He has spent months now tearing his heart out over Siryn. When Risque showed up , has spent months agonizing over which one he should choose to be with. If he ever decides to fall for Meltdown, he’ll be in *real* trouble.

Originally after he joined X-Force, James was 6’ 6”, and about 250 lb, and his only power was his STR, then about a 9. Ever since he has been increasing in mass and STR. Even Cable commented on how “The kid just keeps getting stronger”.

Eventually, if he does reach some theoretical max, Proudstar will be among the strongest heroes in the Marvel Universe.

Before he found those truly responsible for the Camp Verde Massacre, James suffered from a SIA to finding and punishing those responsible, whom he initially thought to be the Hellfire Club. 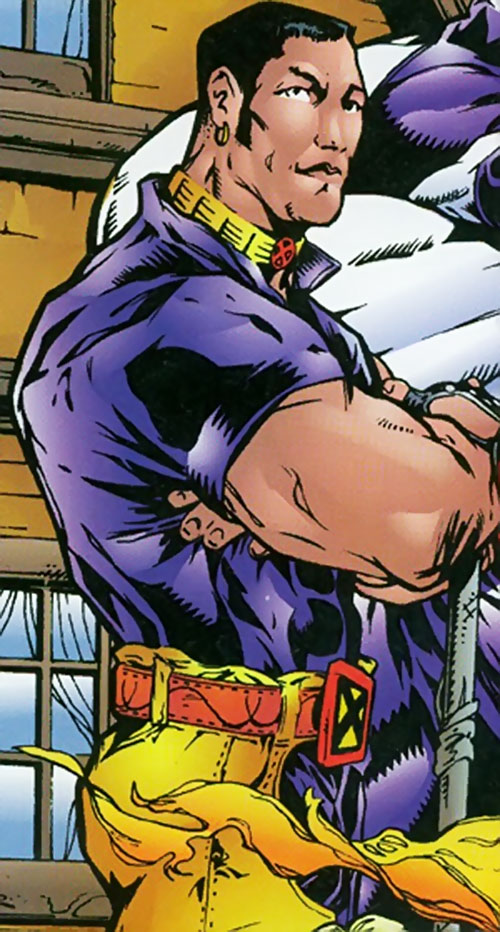 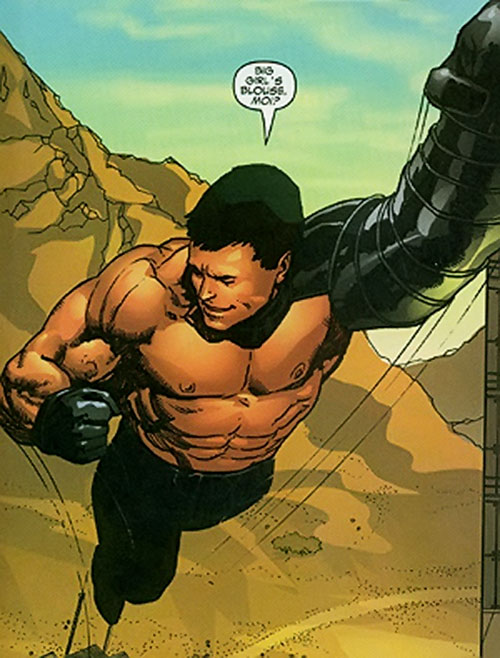 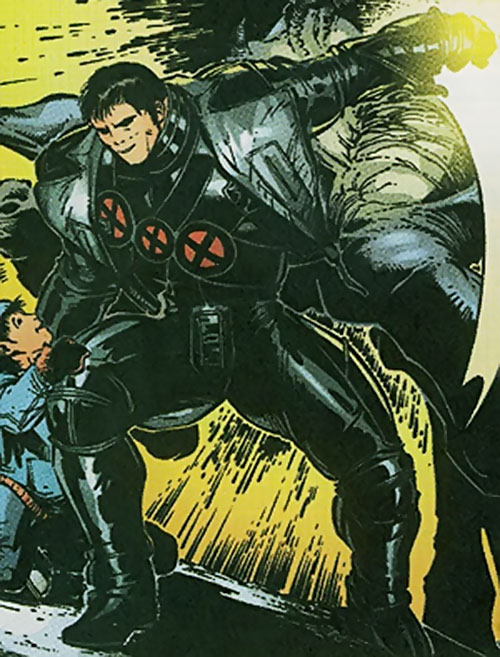 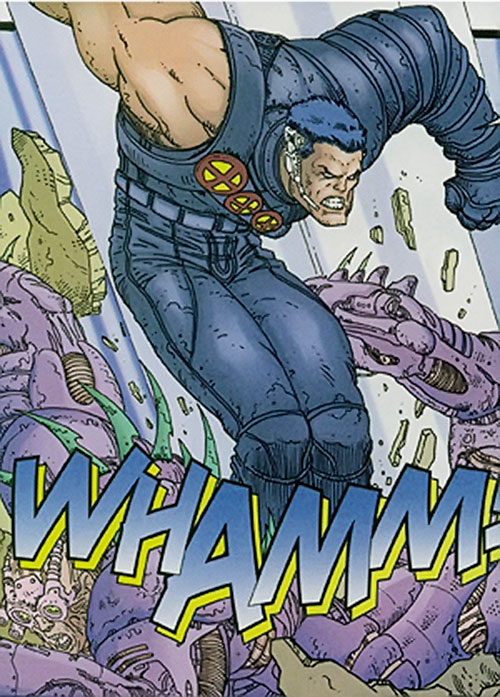 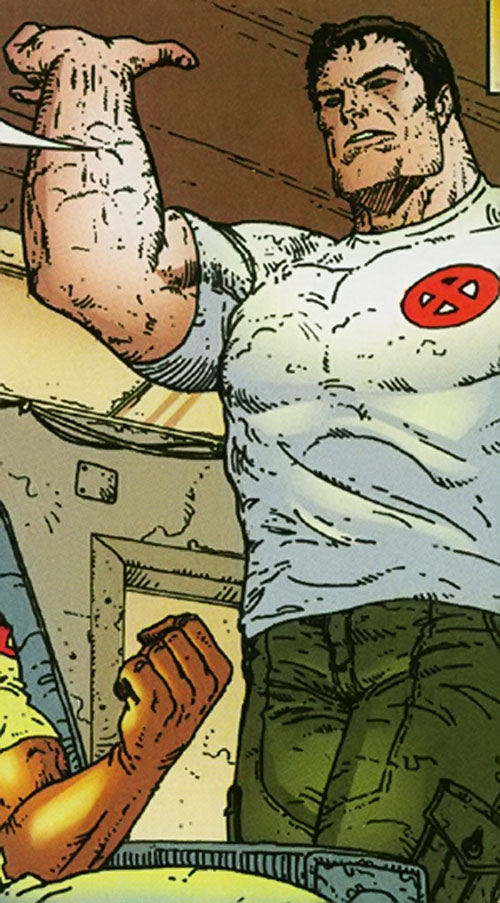