A competent pickpocket, Provost has arcane knowledge enough to create the neckbands he forces his Artful Dodgers to wear. The neckbands can turn the wearer to stone should he activate it via his wand, or (allegedly) should anyone try to remove them without the wand.

He also uses an energy whip to discipline them.

Becoming disillusioned after watching the education system fail, the professor who became Provost turned to the dark arts.

Creating the neckbands which would keep his students in line, he established the School of Seven Bells in the Los Angeles sewers. provost forced runaways to serve him as his Artful Dodgers.

Teaching them to steal, he sent them out to do so for him. Provost promised to release them once they’d stolen him one million dollars each. Any who proved slow to learn, or who opposed his orders, he turned into stone. Only two did so, standing as warning to the others. 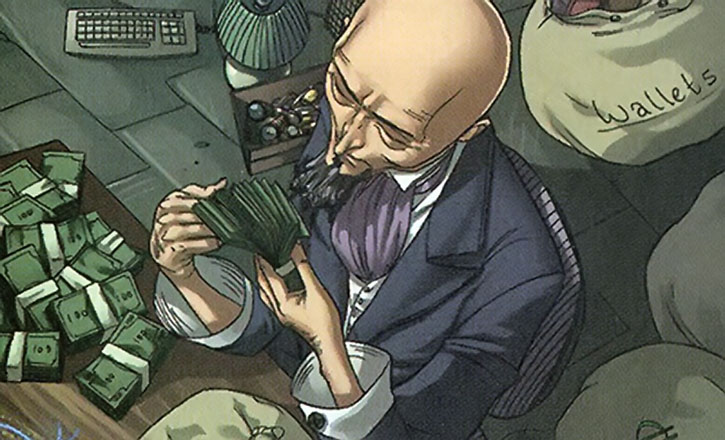 When he found the mutant Molly Hayes sleeping in the sewers, he forced her to join the Dodgers. Initially resisting his control, she realised she had little option but to comply until she could come up with a plan.

Gaining the assistance of the other Dodgers, Molly confronted him, as Suzy apparently betrayed her to gain Provost’s favour. But Suzy had actually stolen Provost’s wand. When it was broken Provost was turned to stone by the feedback as the Dodgers he’d turned to stone returned to normal.

The Dodgers left him there.

Bitter and arrogant, Provost maintains the pretence of caring about his students, and of teaching them the skills necessary to survive in the world.

He enjoys ordering his Dodgers around, teaching them how to serve him, and tolerates no indiscipline from them.

“Welcome to the School of Seven Bells, Miss Hayes.”

“I used to be a professor, but after years of watching a bankrupt education system fail to prepare pupils for the real world, I gave up my tenure and enrolled in the black arts. Now I train my students in the ancient skills of thievery, so that we might live freely by liberating the wealthy of their excess riches.”

“My Dodgers will escort you to the nearest Federal bank. There you will use your considerable gifts to open the vault and help your classmates abscond with no less than 10,000 dollars. A modest sum for a first assignment, no ? It is due on my desk in two hours.”

A group of runaways whom Provost has forced into being his students, he’s taught them pickpocketing and sent them out to steal money for him. Suzy, Bob, and Gordon were the active Dodgers when Molly was recruited, Provost having turned Maria and Luis to stone as examples.

Equipment:
NECKBAND [BODY 04, Petrification (ML): 06, Bonuses & Limitations: Petrification only targets the wearer and only if they try to remove it (-2), and its effects are Permanent unless the wand is broken (+4)]. 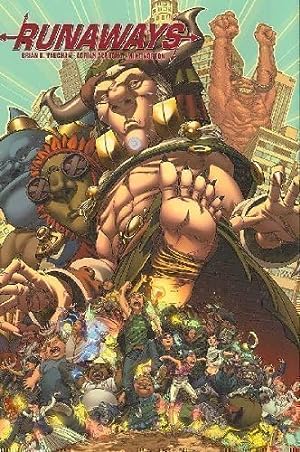 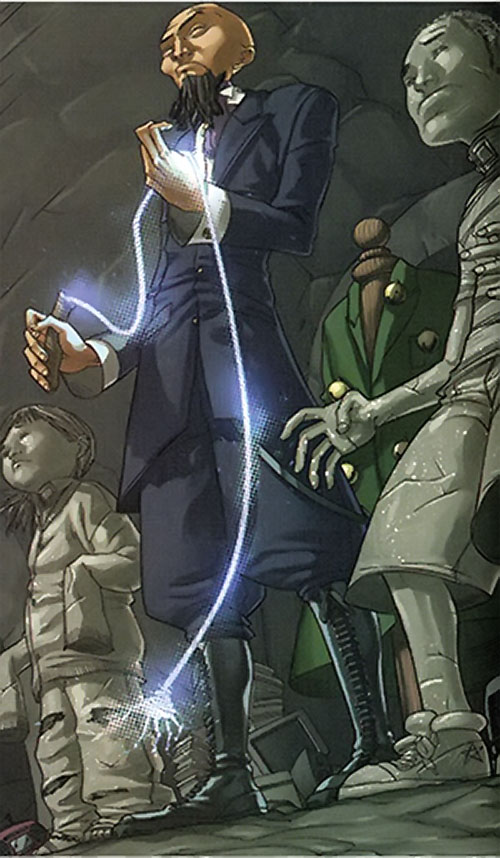 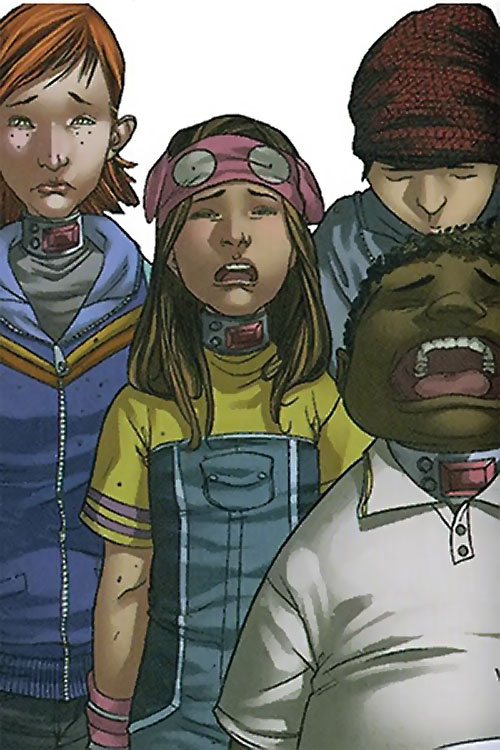