Psi-Borg’s psychotronic  implants give her a variety of psionic  powers. Her telekinetic abilities include :

She has demonstrated the ability to telekinetically block physical super-powers (for instance, containing and compacting Smokescream’s intelligent smoke form). Howbeit, she rarely does so.

Her telepathy allows her to sense, pinpoint and (to a small extent) analyse life forces. This sense even allowed her to fight living beings while physically blinded by a flare. She can also maintain some level of telepathic communication with allies.

She apparently also managed to use psychic persuasion on G.W. Bridge and then erase most traces of it. Howbeit, this demonstration of Hypnosis was part of the explanation for the infiltration of the Super-Agents. Thus, it might be dropped if you do not want them to be HYDRA plants.

Psi-Borg is also a well-trained agent and martial artist. When facing a lone opponent she thinks is martially inferior, she prefers to pummel the person into unconsciousness with her fists and boots. Perhaps this is meant to prove her superiority.

Fionna Wyman is from Latveria. She has political ambitions – which in Latveria necessarily means overthrowing the master of the country, Dr. Victor von Doom. Wyman *might* be a member of the old Latverian nobility. If so she might be related to the Haasen lineage, which once ruled over the tiny country.

To achieve her ambitions she contacted an undisclosed bio-genetic engineer. Wyman had that person enhance her with superhuman powers and psychotronic implants. One secondary source  indicates that this person (the same practitioner who enhanced Smokescream) was Arnim Zola.

Secondary sources, however, state that her goal was to be a servant for Doom. This seems less credible, since Doom tends to distrust living servants and prefers robots and androids. The fate of Otto Kronsteig is a typical example.

It would seem Psi-Borg eventually had to flee Latveria. Perhaps she had been infiltrating Doom’s forces by posing as a superhuman Doom supporter ? This would explain the confusion in the secondary sources.

Senior S.H.I.E.L.D. officer G.W. Bridge recruited Psi-Borg for his Super-Agents project. She took part in several missions with the young Super-Agents. They then personally accompanied Nick Fury in the field for high-stake missions. 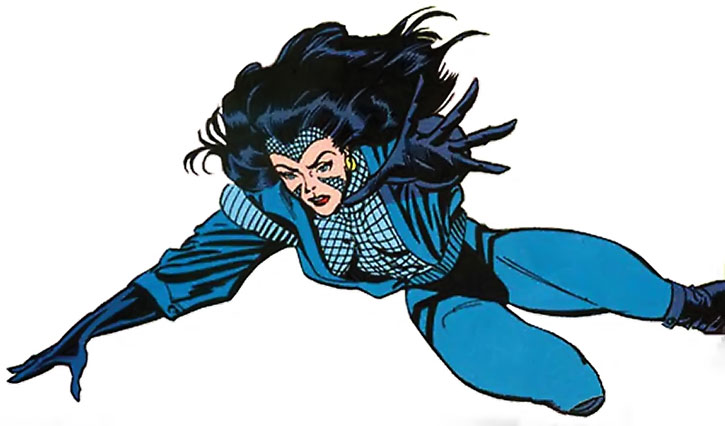 This volume of Nick Fury, agent of S.H.I.E.L.D. ended weirdly. In the last few issues most of the new characters abruptly turn traitor and/or die. Thus Psi-Borg was revealed to be an infiltrated HYDRA agent, and was apparently killed in a telepathic fight with Network Nina.

Through a deus ex machina, S.H.I.E.L.D. is then suddenly returned to the status quo from before the Deltite conspiracy, with numerous old characters returning from the dead.

The stuff on Psi-Borg’s face and brow appears to be her costume. As opposed to being part of her implants.

Psi-Borg is one cold, aloof fish. She has an aristocratic air – and may be part of the Latverian nobility. Like the other Super-Agents, she is not very good with accepting authority. In her case, this may be a matter of lineage. Yet compared to Violence and Knockabout she is a model of discipline and foreplanning.

Psi-Borg has a vicious, ambitious, scheming streak. Yet she is not thoroughly hardened. While she will often appear cold and aloof, she can still react emotionally to grave threats. Still, her constant formality can make it difficult to tell whether she is a person or a heartless machine.

She is secretive and private (like most Latverians), as well as proud and extremely serious.

“She does have a point, sir. It is unlikely we will survive your latest ‘brainstorm’.”

“With all nominal respect, colonel Fury — I feel no need to employ my mental abilities on an artificially created race.”

“My psionic sensors indicate marginal life readings coming from this direction.” (Finding the dying person she had sensed) “You will die soon. Speak quickly.”

Advantages:
Credentials (Low with S.H.I.E.L.D., later became Medium with HYDRA), Language (Latverian) and quite possibly an Expertise in Latverian history and nobility.

Drawbacks:
MIA toward being cold and aloof.

I have assumed they all had full S.H.I.E.L.D.agent training and in particular the Skills in the generic S.H.I.E.L.D. agent writeup, even those they did not demonstrate. 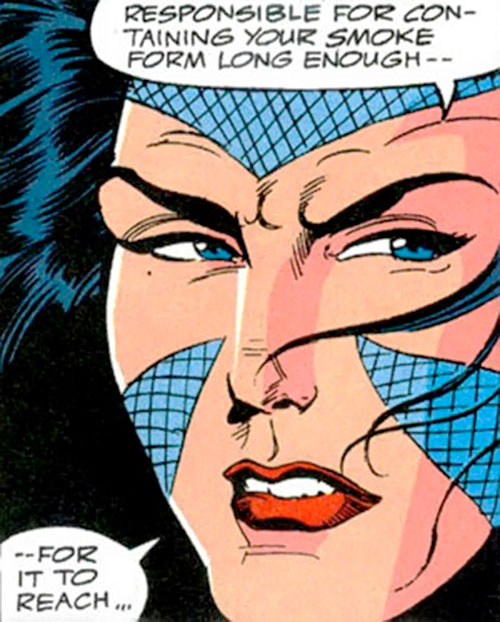 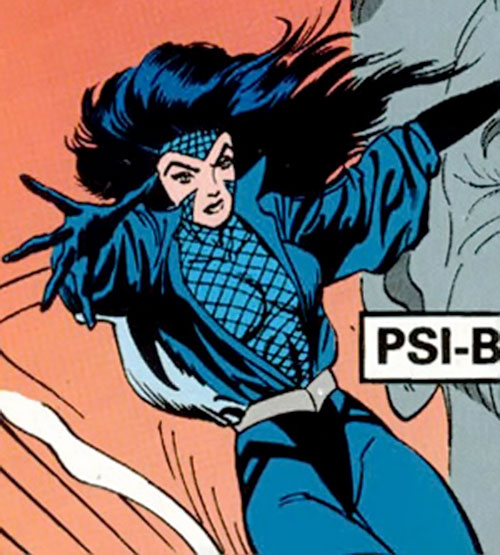