Moonstar’s abilities have gone through more changes than about any other person’s in the Marvel Universe. She has gone thru 4 distinct phases (see X-Force #99 & 100 for details). This writeup focuses on her Psyche or “Year One” phase.

Initially, Moonstar (or “Psyche”, as she was known at this point) could scan the minds of others to find their greatest fear or hearts’ desire. Eventually, other mental images such as “perfect guest”, when trying to disguise herself and Cannonball while sneaking into an hotel, or images from her own mind, could be achieved.

Once she had captured an image, she could project it as real-seeming holograms of psychic energy. She could project these with sufficient mental force to cause extreme fear reactions in subjects – up to and including unconsciousness.

Moonstar possesses an animal telepathy which allows her to share thoughts and feelings with higher forms of non-sentient life such as birds and mammals.

Danielle Moonstar was born on a ranch outside Boulder, Colorado. She grew up happily with her parents until she was about ten. At this time, Moonstar began to have nightmares. This was a result of her emerging mutant powers, which she could not control. The nightmares were actually visible images of people’s greatest fears, though this was unknown at the time.

One night, she created one of these nightmares, one of her parents’ deaths. This was followed shortly by her parents’ disappearance in the nearby mountains. Believing them to have been killed, her dreams were haunted thereafter by a vision of a demonic bear. She believed the demon bear to be responsible for their deaths.

Fleeing her home, Moonstar was raised for the next few years by her grandfather, Black Eagle – a Cheyenne chief and shaman. In the solitude of the Medicine Bow Mountains, she found a temporary peace again. She enjoyed her other mutant gift, her rapport with animals.

As her powers continued to manifest themselves, Black Eagle contacted his old friend, Professor Xavier. He requested he take over Moonstar’s training. In anger, Dani lost control once more and pulled forth an image of Black Eagle’s greatest fear – his own death, which he had foreseen in his dreams. 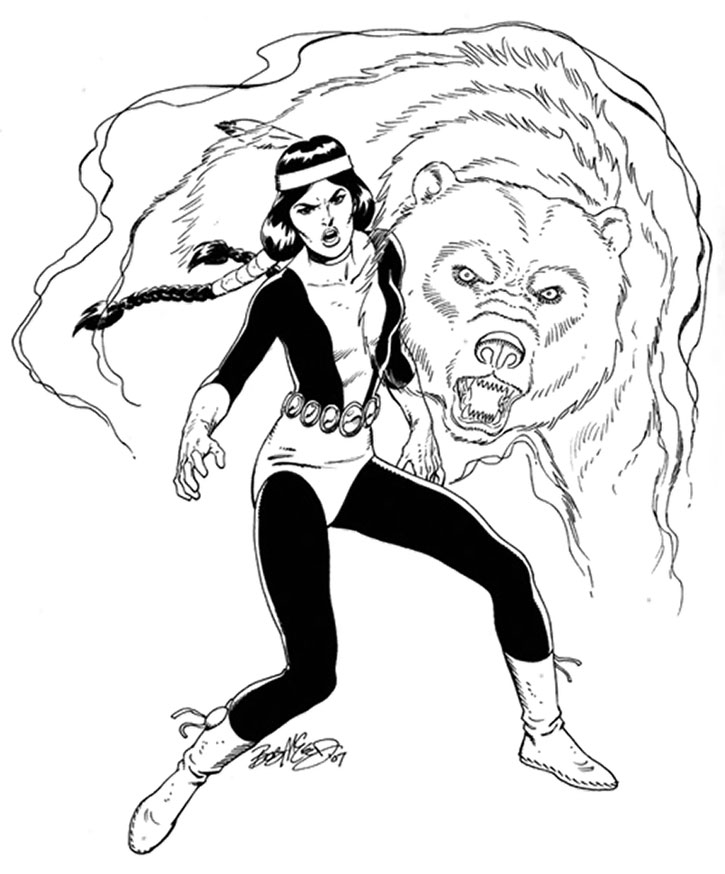 Dani joined with several other young mutants gathered under Xavier’s guidance, defeating the murderers of Black Eagle. She reluctantly accepted to enroll at Xavier’s school. Dani, however, demanded to be treated as an individual. She refused to wear the basic X-uniform without making her own adjustments – boots and belts to remind her of her Cheyenne heritage.

Studying under Xavier’s watchful eye as a member of the New Mutants, Moonstar was given the codename Psyche. When it came to the team’s first sessions in the Danger Room, Dani panicked and ran away into the woods. She feared using her powers, as they had only caused her trouble in her young life and were associated with the death of her parents and mentor.

She also could not live as a coward, however. She secretly returned to the Danger Room and started the sequence designed for her. Despite the test involving robots, which could not be affected by her illusions, Dani succeeded, something none of her teammates had accomplished.

Dani was plagued by nightmares of the Demon Bear and other horrors. When she overheard Xavier talking with Moira MacTaggert about her showing signs of paranoia, schizophrenia and psychopathic behavior, Dani considered committing suicide. The next morning, she confided in her teammates, who, unlike Xavier, took her feelings of being haunted seriously.

Indeed, the entire group soon found themselves under attack and parts of the school transformed into organic material right before their eyes. Their opponent was none other than Professor Xavier himself, infected with a Brood egg.

The alien parasite used Xavier’s telepathy to tap into and boost Moonstar’s illusion power to create solid images. Once Dani realized that she was the key in the alien’s plan, she advised her teammates to knock her unconscious. The Brood was temporarily defeated. Not before long, the X-Men returned from space and Xavier could be fully purged of the Brood’s influence.

Mirage and the demon bear

In the next months, Dani not only learned how to keep her powers under control, but also learned how to create images other than those of the objects of people’s fears. No longer finding Psyche appropriate, she changed her codename to Mirage. She and Cannonball became co-leaders of the New Mutants.

With Black Eagle gone, however, there was nothing to keep the demonic bear away from Moonstar and it sought her out. Dani felt his presence and decided that she had to encounter him alone. She put on traditional war paint and ventured outside Xavier’s mansion, where she dared the Bear to fight her.

When she summoned the beast’s greatest fear, Dani was surprised to see an image of herself. Making use of bow and arrows, Dani thought she had killed the Bear. But it was only pretending and, once Dani turned her back, she was almost killed by it.

Dani’s teammates found her half-dead and rushed her to the nearest emergency room, where the doctors tried their best to save her life. Meanwhile, the New Mutants continued the battle in her stead. Eventually, they managed to defeat the Bear and, through the use of Magik’s soulsword, Dani’s parents were released from the bear form.

The hospital staff diagnosed that Dani was fully paralyzed. However, she was able to recover fully with the aid of the Morlock Healer. Dani’s parents asked her to return to Colorado but, by then, Xavier had earned her respect and she opted to stay at the school.

Dani was still recovering from her injuries when the team was kidnapped to Asgard, and Dani was inducted into the ranks of the Valkyrior, Odin’s Choosers of the Slain. See the next writeup for more.

Moonstar wears the traditional black and gold New Mutants uniform for this entire period of her history, when she’s not wearing standard clothes. When not in uniform she often wears jeans and flannel shirts with her ubiquitous knee-high moccasin boots and Native American jewelry.

See the Moonstar writeup, as Dani’s personality doesn’t change much over the years.

The original New Mutants are so interconnected with the history of the X-Men and Xavier’s school that unless you have included these, it would be hard to insert them into the DCU. However, the new version of the team, more concerned with the conspiracy against mutants, could be placed whole cloth into a DC campaign with little trouble. That is, as long as you ignore a lot of the background as excess baggage.

Dani’s somewhat unusual combination of Powers deserves some clarification, as the Combined Powers Bonus is a list development and may be a tad confusing to people not used to it.

Basically, Dani in this incarnation has two different attacks: she may pull images of a target or targets’ greatest fear or desire from their minds (either Mind Probe or Phobia, at her choice). She rolls for this attack, then applies the RAP’s earned to the Illusion Power as well, which will determine how “realistic” the Illusion is to those seeing it.

At this point in her career, she has difficulty pulling any other sorts of images from people’s minds. GM’s should be ready to apply a difficulty penalty from the Universal Modifiers table to any attempt to procure an image that does not have a strong emotional attachment to it. 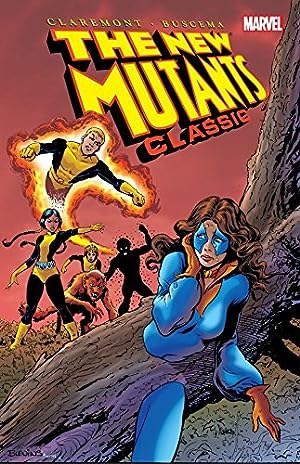 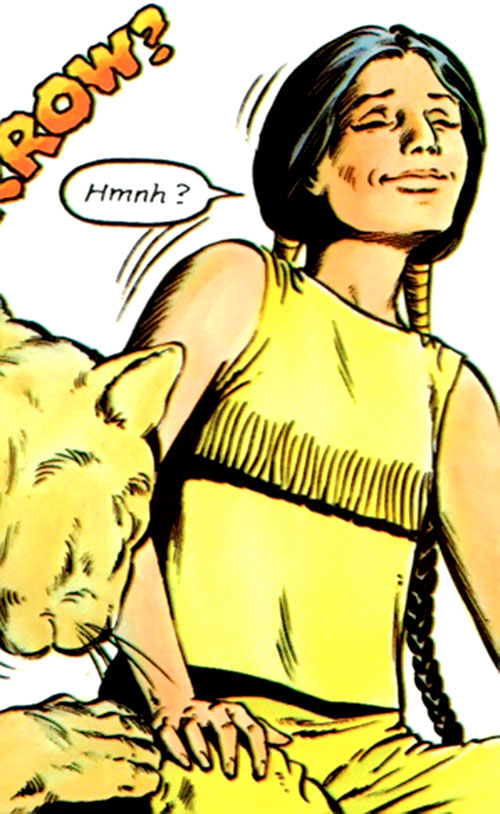 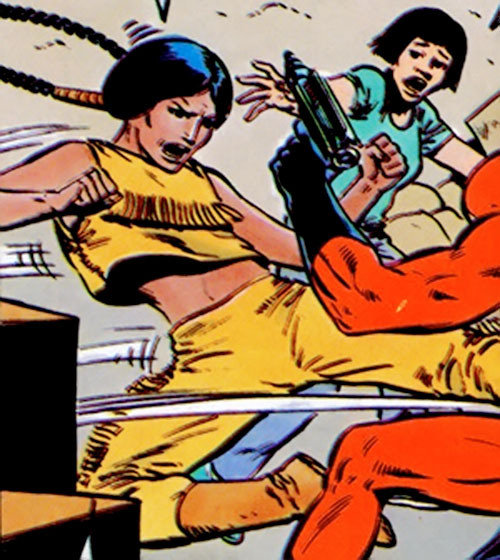 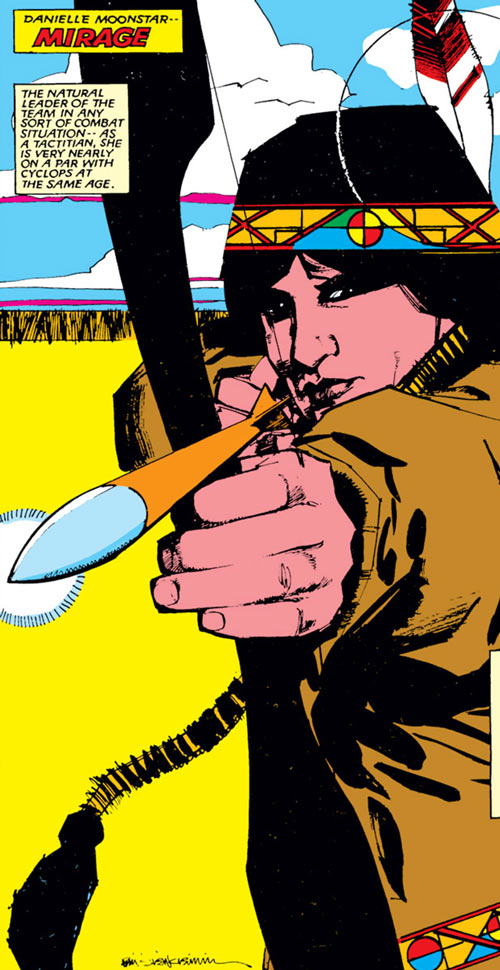