That is, he’s the protagonist of Al Bundy’s favourite TV show in TV show Married with children.

Psycho Dad is an excellent gunman and a fast draw. Being a Wild West legend, he knows his lassos and knives too!

Living on a farm he has a good hand with animals. He also has learned to break, tame and ride horses.

Since it’s more effective to run amok using explosives at times, he is also an expert demolitionist. Plus he can handle himself in good ol‘ armed or unarmed fisticuffs if needed. Al could never adore a menace without pugilistic skills.

The ballade of Psycho Dad

The descriptive theme song of his TV-show gives great insight into his character and goes as follows. This is a mix of his themes from different eras.

He’s quick with a gun
And his job ain’t done.
Killed his wife by twenty-one,
Psycho Dad!

He’s a durn good pa, but he hates the law.
He’s likes to eat it raw, He’s Psycho Dad!

The story of Psycho Dad (of Al Bundy’s favorite TV-show Psycho Dad) is a beautiful saga about a guy running amok in the old south-west. While most of his antics aren’t known to us a few highlights of this long-running series can be presented.

At the age of 21, possibly in 1865, he was about to shoot his wife. She dodged and he accidentally shot President Lincoln instead. Whether that means he is the real killer of Lincoln is not known.

He eventually succeeded in killing the wife. He even took her scalp as a prize to carry around. Another time he shot a pig that his son, whom he loves, wanted to adopt as a pet.

Riding in the sun

During Christmas time he brings “presents” to folks by sleigh-by shootings, only sometimes stopping to rough people up closely and personally. He has eight reindeer heads in his cabin, which were acquired during one legendary Christmas story of an unknown year.

Psycho Dad is guilty of multiple homicides and he does, in fact, score an average of 84 killings “only” in every adventure (i.e. show). Since, well, he needs to reload some time too.

Psycho Dad has become a role model for the poor, social outcasts of “real-life” Chicago. He is regarded as a real man that gets the job done! Consequently, he has been a great bad influence on Al Bundy who regards him a real man and a legend (“I wonder what Psycho Dad would do in a situation like this?”)!

The series also spawned a spin-off named “Psycho Mom”, which Peggy Bundy likes, and which we know even less of. Nevertheless, Psycho Dad has become a name of cult status!

Psycho Dad is a tall, dark stranger, heavily armed with guns, rifles and ammunition belts, and probably a Bowie knife hidden somewhere too.

Naturally he is wearing a cowboy hat while riding his horse (or sleigh during wintertime).

He remains ready for some mayhem, one-liners, combat and good ol‘ drive-by shootings.

Psycho Dad is a plum insane widower that loves his son. He treats him to quite a rough upbringing as they share all the chores although he still is a durn good pa‘ (his only saving grace).

It seems he lost his sanity early on in his relationship, shot his wife (who had gotten obese since their wedding and had a cold; he still carries her scalp around as a dear memento) when he was twenty-one, and has continued shooting people ever since.

He apparently hates the law and disrespects it at every possible opportunity. He either covers his face in typical wild west bandit style (and hence nobody knows him by his name but by his moniker of Psycho Dad) during his tirades or he shoots down all witnesses so that he can live uninterrupted at the ol‘ farm between his raids.

And, yes, he is famous for his icy stare, animal cruelty and definitely likes to insult people too.

He seems to prefer ride-by-shootings in civilized areas, and is well-known for gunning down unworthy wives (unworthy being vaguely defined only in his psychopath mind). Well, frankly, he doesn’t need much reason to use his itchy gunhand.

During one such attack, where he actually aimed at his own wife, he may have actually gunned down President Lincoln. It’s not known what his stance about the man was before that, although he probably didn’t care too much about the incident itself.

Further, he also likes to beat people up using his fists, including roughing up bums on Christmas Day. During the winter period he travels with a sleigh from which he can shoot easily.

While resting on his farm between his insane raids he sleeps with his gun. Not because he is afraid but because he is always ready for more, be the intruders representatives of the law or not. Indeed, he is on some sort of insane quest and his job ain’t done yet!

Psycho Dad ran amok in the Wild West, having been pursued unsuccessfully by lawmen and many a famous name for decades.

Until he finally crossed paths with Jonah Hex, the infamous bounty hunter himself, who finally gunned him down and brought him to eternal justice.

In the Marvel Universe Psycho Dad was a contemporary of all the Wild West heroes – most of his stories being left untold and his fate being unknown. He later served as the main inspiration for the Foolkiller.

Quite a lot in this writeup will be of a speculative nature since we have only heard about his actions spoken. 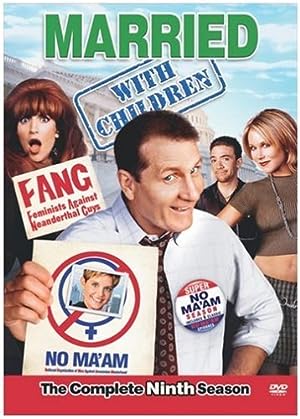