Psylocke now possesses powerful telekinetic abilities. Prior to her resurrection, she was still new to them, and lacked any real fine control over the powers. But they appeared to be more powerful after she came back, and she has greater control over them.

She uses them for a range of effects, such as:

Her telekinetic powers have a visible, luminous, manifestation. They allow her to project a faint illumination, enough to see a short distance in darkness.

She often manifests her power in a telekinetic katana (or sometimes two) similar to the psychic knife used with her previous power set. While it’s unclear whether she can use ranged telekinetic attacks, it’s presumed that she can but simply prefers to fight in close quarters.

The blades seem to have different levels they can operate at. One is similar to the psychic knives, damaging neural pathways without affecting their body. Or she can make the blade more substantial, allowing it to slice through Prime Sentinels without a problem.

She has also used the blade to slice away telepathic compulsions on targets, such as when she removed the psychic blocks Marvel Girl (Rachel Grey) had put on her team mates.

(Psylocke’s earlier history can be found in the Psylocke (Classic) and Psylocke (1990’s) write-ups). 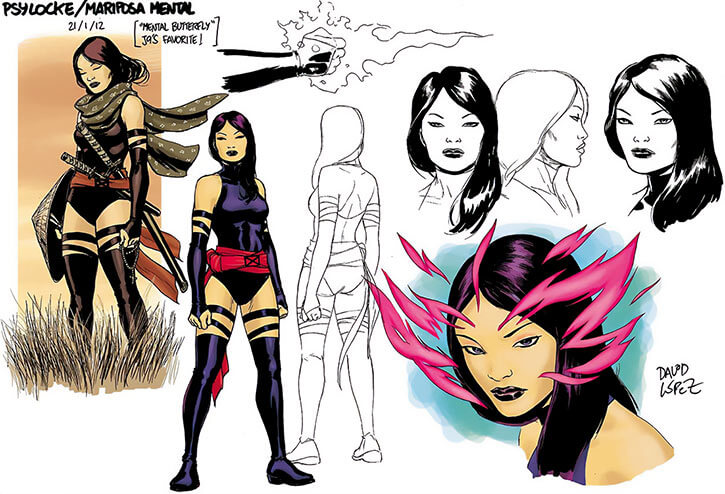 Under unrevealed circumstances, Psylocke exchanged powers with Jean Grey, becoming a telekinetic. Again a member of the X-Men, her relationship with Archangel ended as she began flirting with new team mate Thunderbird (Neal Shaara). Warren realized he and Betsy were looking for different things.

When Storm decided to form a new X-Men team to recover Destiny’s diaries, Psylocke joined them. Their first mission took them to Spain, where they were hunted by Vargas. Protecting Rogue and Beast, both already badly wounded, Psylocke faced Vargas in single combat, but found herself outclassed. He killed her.

Her spirit was seen by Bishop in a vision, where it was dragged through a glowing portal.

Betsy’s death freed the Shadow King from his imprisonment within her mind. It allowed him to escape into another dimension, where he replaced the mind of that reality’s Charles Xavier, turning the X-Men into his warped servants. 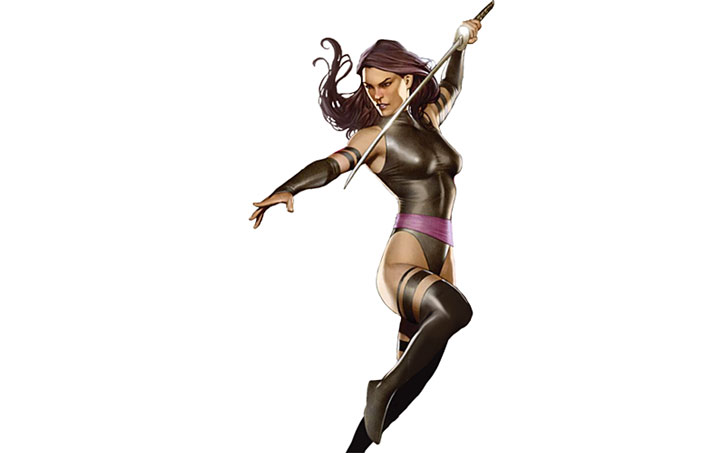 One year after her death, Betsy reappeared, alive and well, on the exact spot she was murdered. Reunited with the X-Men, medical tests confirmed that she was who she seemed to be. She rejoined the team, developing a friendship with Rachel Grey.

When her brother, Jamie, turned up at the X-Mansion, he revealed that he had brought her back to life. He had manipulated the quantum strings of reality to revive her, and to make her immune to having her form or mind altered by others. This way she could be his weapon against the Foursaken.

Before he could explain, Jamie was abducted, while the Watcher looked on. Tracking the abductors, the X-Men came up against three of Jamie’s old friends, who had been empowered by the First Fallen.

The First Fallen claimed to bring ’eternal peace‘ to the planets he visited, taking 4 members of each race to populate his perfect city of peace. The immunities Jaime had given her meant Psylocke was the only one whose powers the First Fallen had not cancelled.

She struck out at him with her psychic katana, hurting him enough that the artificial peace he imposed on his populace briefly cracked. This allowed everyone to realise that the ’eternal peace‘ he offered 4 members of each race also meant the destruction of the rest of their, now redundant, species.

Visiting Brian in London, Betsy was called upon. An evil alternate reality version of Charles Xavier, imprisoned and seemingly brain dead, sent out a message with her name. Confronting him, she discovered he was actually the host of the Shadow King.

He managed to control most of Brian’s new Excalibur team. But Betsy created a bubble in Xavier’s brain, giving him a stroke. She then lunged for the killing blow, only to vanish in a flash of light.

She reappeared in what appeared to be a desert, where she was met by Sabretooth. Instantly attacking him, the battle continued until she realised he wasn’t really interested in fighting her, and Morph intervened, making introductions.

They were actually in the Crystal Palace, a construct outside of reality. It allowed the Exiles to monitor the damage to the multiverse, which they then tried to fix. This Sabretooth was from a different reality, and was a different person from the one she knew.

When one of the Exiles left, the Palace chose Psylocke as a replacement, despite its inability to detect her presence.

The 3 were teleported to help the rest of the team, who had run into trouble on Earth #1720. There Betsy encountered that reality’s Slaymaster, but survived the encounter, despite being shaken at having encountered the man who had blinded her.

Slaymaster was angered that she’d escaped him. When he escaped that world, along with Madame Hydra (Susan Richards) and her lover Wolverine, he began murdering versions of Psylocke in every reality they visited, each of which Betsy felt.

Betsy decided to stay with the Exiles, and eventually developed a relationship with Sabretooth. When leading the team to help an alternate Earth, she suffered a mental breakdown on arrival. This was caused by the recent death of her counterpart on this world at the hands of Slaymaster.

Flying away from her team mates, she rocketed to China. This was where her counterpart, Lady Mandarin, whose memories and personality had begun to take her over, ruled with her sensei, Ogun. Ogun trained Betsy, leaving her better prepared to face Slaymaster again.

Betsy eventually broke free of the conflicting personalities, in time to aid her team mates.

In a reality where Earth was being attacked by the Shi’ar, they encountered Madame Hydra and Slaymaster, who had allied themselves with the Shi’ar. Wounded by this point, her powers mostly taken up stopping herself bleeding to death, Betsy again battled Slaymaster. She managed to beat him, but declined to kill him.

He escaped before they could do anything with him, and resumed hunting her counterparts.

Realising she needed to deal permanently with Slaymaster, she tracked him down to her home dimension, where she again confronted him, this time killing him. She returned to the Crystal Palace, continuing to serve with the Exiles.

Betsy is more confident and open by this period. She has lost the distance she’d exhibited earlier in her career. While she retains her love of freedom, and her dislike of being controlled, she no longer reacts quite as aggressively to attempts to control her.

On meeting the alternate reality counterpart of Slaymaster, she was deeply shaken. She remained wrong footed by his presence for a long time, never able to fight at her proper level against him.

She felt it every time he killed one of her counterparts, and when she happened to visit one of the worlds at around the time its counterpart of her died, she was overwhelmed by the counterpart’s personality. It took time to reassert control. Presumably she could encounter similar problems if such happened again.

Following intensive combat training, and the increasing numbers of her counterparts who’d been killed, she eventually managed to overcome this fear.

“I also know there are monsters in the world. I may even be one of them. But I choose to stand between the world and those who threaten it. And in its defense, I’ll do whatever is necessary.”

Drawbacks:
SIA (Melee Combat), Power Loss (Mental Blast and Mind Blast are -2 APs when used at Range), Misc. Drawback (She has a fear of Slaymaster, resulting in -1CS to her AV/OV/EV/RV when fighting him).

As with her psychic knives, using Mental Blast or Mind Blast as a telekinetic katana has AV being her AP’s of DEX or Weaponry (Melee).

After her brother’s fiddling with the quantum strings of her being, wrapping them tight, Betsy cannot be altered by others. She cannot be transformed in body or mind, leaving her immune to psychic powers such as mind control or Vertigo’s powers, and is unaffected by attempts to alter her body, such as Spiral’s transformative magic.

This is true even when these are done by large scale reality alteration. While her mind was temporarily altered during the House of M event, it was to a lesser extent than others, and she actually managed to similarly protect Rachel Grey, who was with her when the event occurred.

She has Iron Will: 15, Morphic Stability (Transform and Mutation only): 20, and both are Minor Marginal to share with others at a Range of Touch.

At some point before her time with Exiles, Betsy once again becomes invisible to mechanical observation. It’s unlikely to be due to her brother’s tampering, as she’s visible to the Sentinel’s scanners following her resurrection.

It’s only when she joins the Exiles that this comes into effect, so the source is, as yet, unknown. Model this as Invisibility (only against non-sentient, mechanical observation): 12.

Betsy’s psychic blade has shown the ability to undo Marvel Girl’s psychic power neutralization, so it’s theoretically possible that it may also be able to undo other ongoing psychic compulsions, such as Control of Hypnosis, at the GMs discretion.

Prior to her resurrection, her Telekinesis was only 10 APs and couldn’t be used at less than 5 APs; she didn’t have Invisibility, Mind over Matter, or Neutralize; and Force Field was Force Shield, at 6 APs. 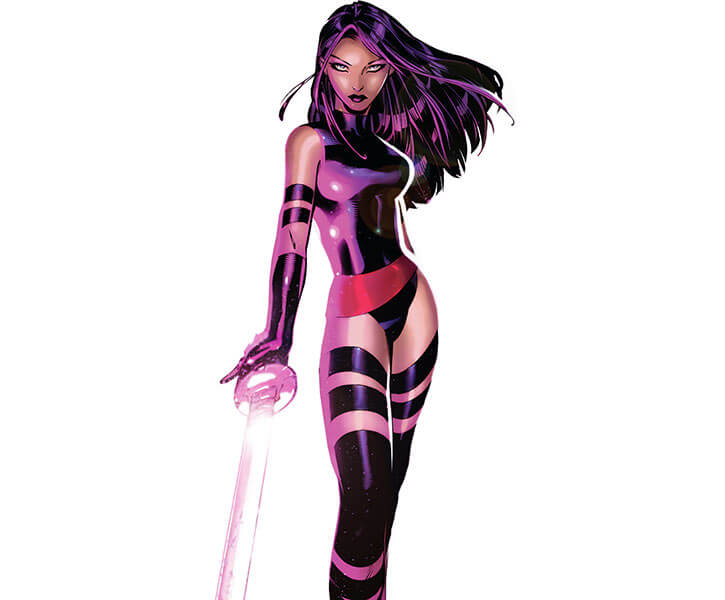 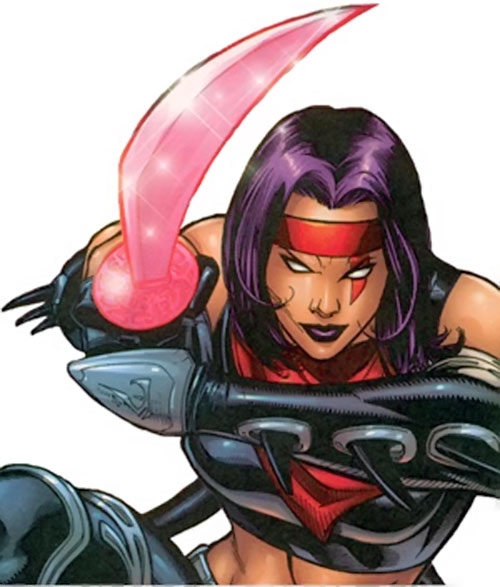 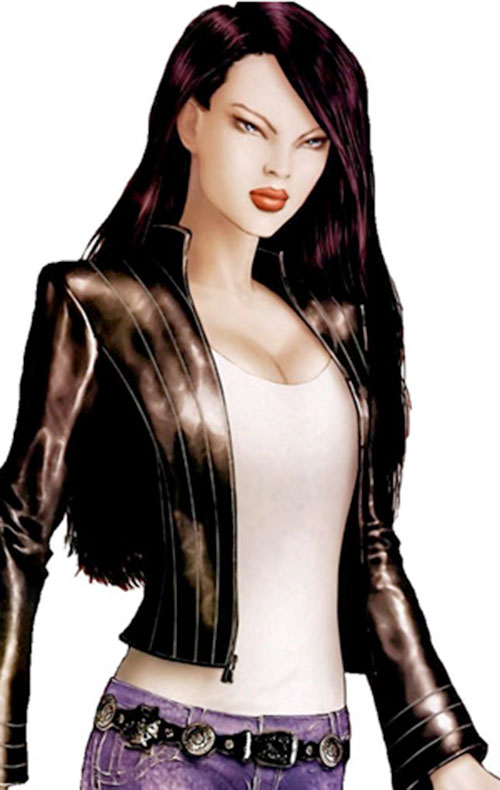 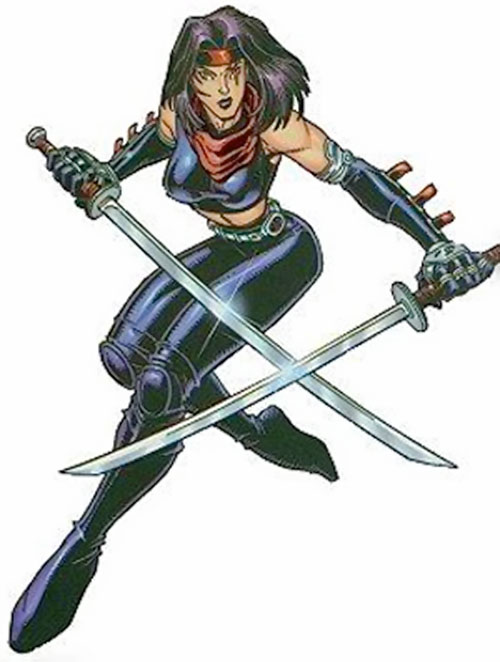 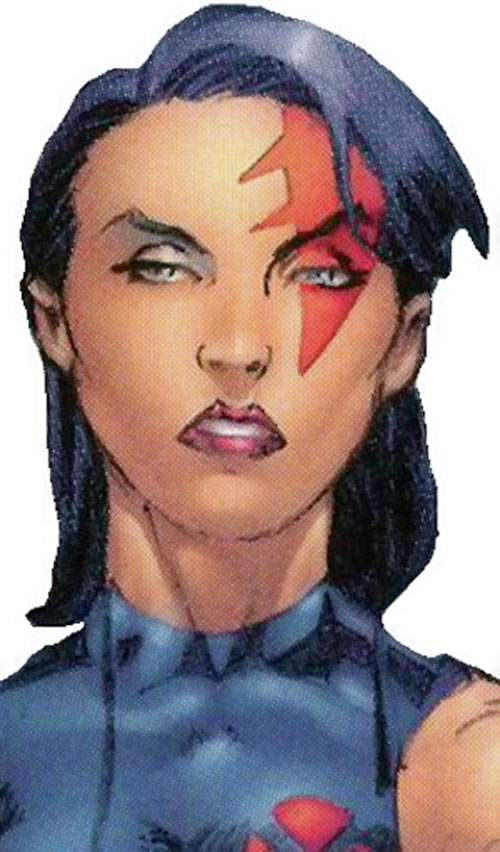 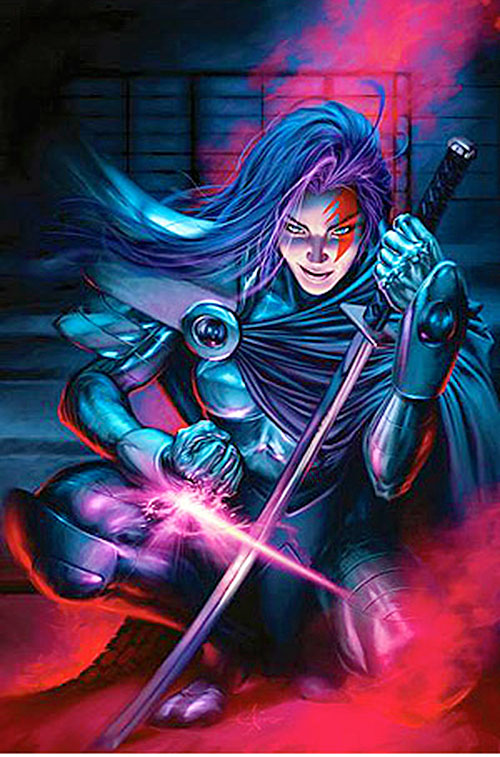 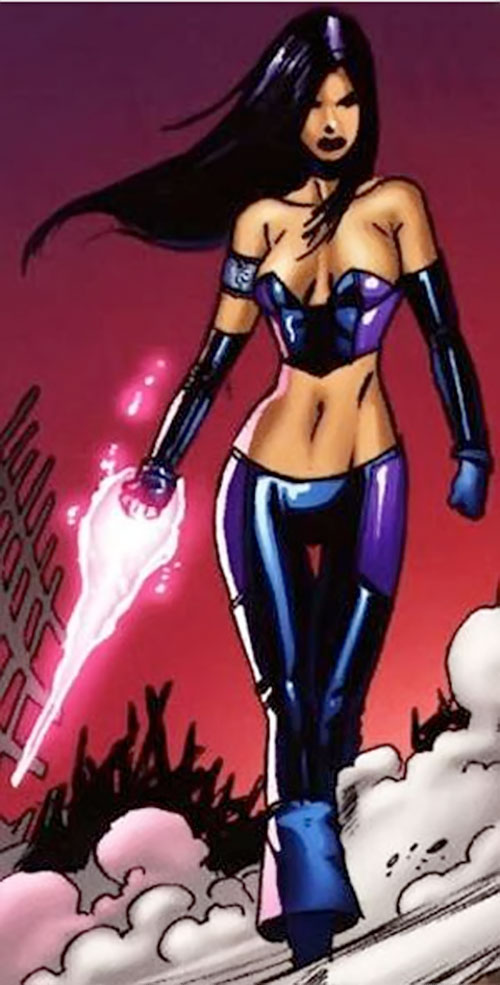