Remember when you were 15 and that annoying player whose Player Character|gloss] kept being killed, and who kept bringing back the same character, saying how it was the first character’s twin brother or some such ? Well, the Death Squad members are a bit like that.

When they die, their set of powers, their equipment and the memories of the fights they have been in are automatically “saved” in the Foreigner’s labs. He then just needs a new volunteer to be treated in order to become the new Pulse – gaining said powers, costume, xps, etc.

The Pulse power are fairly direct. Heat beams projected from the hands, and super-strength. Volunteers are normally big, well-trained guys from Foreigner’s ranks of agents.

The history and fate of Pulse-1 is unrevealed.

Pulse-2 and Pulse-3 were deployed against Spider-Man (Peter Parker) when the Foreigner attempted to assassinate Betty Brant-Leeds. Both were killed in combat.

Pulse-4 sided with Dead Aim when he took control of the 1400 Club. He was part of the task force which attempted to kill the Foreigner – only to be killed by him.

Drawbacks:
Attack Vulnerability (-1CS OV/RV against the Dupe maneuver), CIA to killing himself if his mission fails. 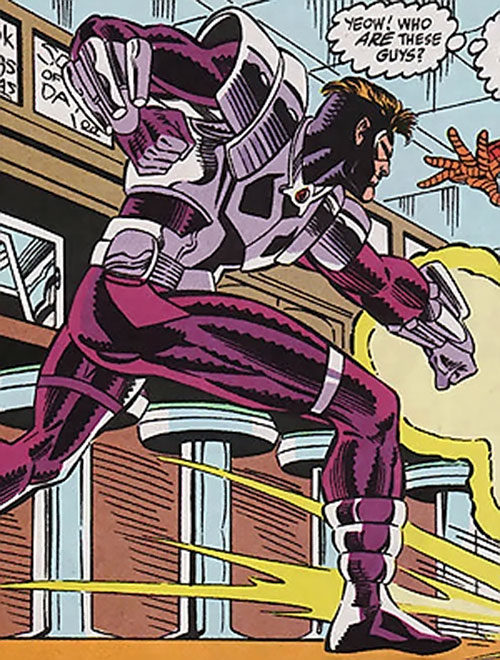