Some selected quotes from the MST3K bunch:
“I hate to be picky, but pumas aren’t really known for flying.”
“They’re dragging him by the elastic of his BVDs !” (In reference to his flying style.)
“He has the power to rear-project major cities !”
“(singing) Poo-maman ! He flies like a mo-ron !”
“He can see the same thing, only it’s really red !”
“Yes, pumas have instinctive knowledge of wiring and house construction.”
“I’ll use my power of… looking… at things.” [Telescopic Vision: 0] 🙂
“Are pumas also known for their whining ?”
“Yeah, bending metal doors, no problem. Subduing stocky senior citizens, that’s another story.”

Pumaman (“That’s Pooh-ma Man !”*) was an ordinary paleontologist. He was in danger of being fired for working out during museum hours, where such action is inappropriate.

Despite his strange comments in regard to his Danger Sense, he is still taken off guard when a mysterious Aztec man throws him out a window. Much to his surprise, he lands on his feet.

Nonetheless, he is unwilling to listen to the stranger’s insistent statements telling him that he is the Pumaman, descended from a long line of Pumamen, who are themselves descended from alien Aztec puma gods (no, really !).

* Only Kobras pronounces Pumaman “pyoo-ma-man”. Everyone else pronounces it “Poo-ma-man”. Thus, the bots have to correct Kobras every time, but then, they’re only human (“That’s hoo-man!”).

(The “Aztec” man was presumably a Mexican feller of Nahua heritage. But I can’t be sure, and the story is so terrible anyway that a terminology mistake about Central American cultures kinda gets lost in the din.)

However, when Kobras (sp ?) began to use his mind control mask (another great Aztec god invention), he had no choice but to intervene. Howbeit, Pumaman found himself helpless after Kobras neutralized his powers.

When his Aztec friend came up with a plan to destroy Kobras (by walking into Kobras’ lair with a lot of dynamite), Pumaman was willing to come along and throw his life away as well.

The Aztec guy returned to his gods with the mask, and Puma Man began to think about making more little Pumamen with the help of his new bimbo girlfriend, Jane Dobson.

He has short brown hair. He wears a tight black long-sleeved shirt with the image of a golden Aztec mask on the front. He also wears tan slacks (not skin-tight, just ordinary pants), a strange gold belt, and a short cape which is red on one side and black on the other.

His shirt extends slightly below his belt, and the belt buckle also has the gold mask design.

Reluctant and unwilling, Pumaman eventually comes to realize that he is the only one who can save the day. That is, until Kobras neutralizes Pumaman’s power, at which point only Aztec Guy can save the day.

“Listen, I want you to hear my epitath : he wasn’t much in his life, either as a man or a Pumaman, and now he’s worth absolutely nothing !”

The alien Aztec Puma gods could really be Lords of Order and…no, I just can’t do it. Sorry. Pumaman is a goofball who would be outclassed by the Greatest American Hero.

However, since his adventures took place in the 1970’s, he could easily have a Pumaman son who could take his place in the modern day.

In the DCU, he would be expected to encounter Catwoman, Wildcat, and the Cheetah. Kobras could easily have connections to Kobra, Marvel’s King Cobra, or even GI Joe’s Cobra Commander.

Equipment:
Belt [BODY 02. This belt is capable of awakening the power of a Pumaman. When first worn by a Pumaman, it will activate his Insta-Change. However, the Pumaman does not need the belt ; it is merely a symbol of his power.]

Drawbacks:
SIA (sound of his own voice, usually lecturing Pumaman).

Rituals:
In the uncut version of the movie, Vadinho performs a healing ritual after that beating he took, which (thanks to the magic of time-lapse photography) restores him to full health. His “Each man is a god, each man is free speech” seems like an Iron Will ritual, too.

Also he uses a ritual to contact “The Gods from Outer Space” to come pick up the mask at the end of the movie, and possibly one to allow him to detect the new Pumaman.

Source of Character: Pumaman movie as seen on MST3K.

The MST3K Puma Man DVD is available on their site . 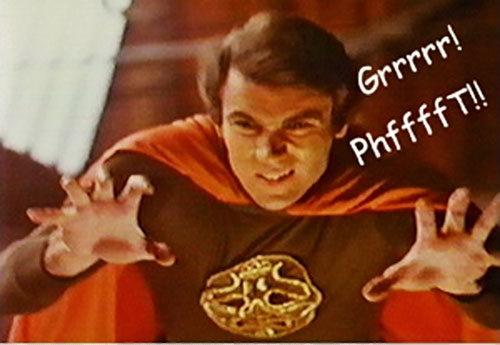 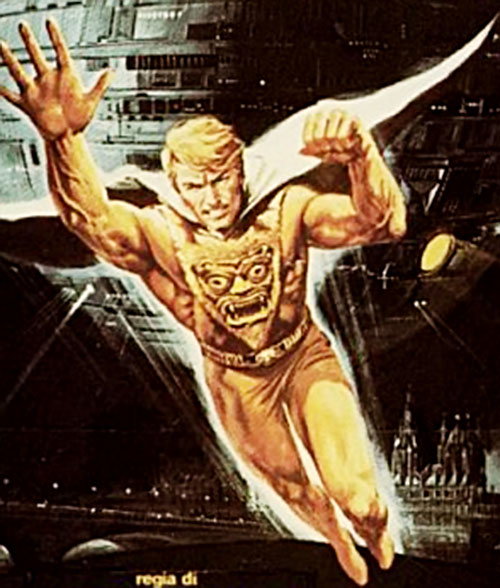 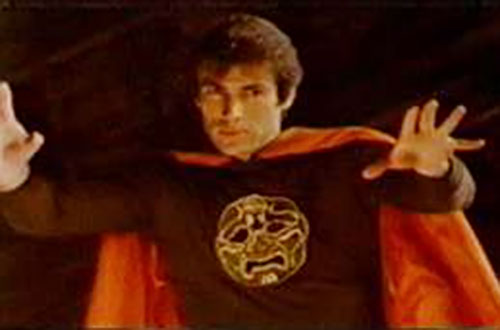 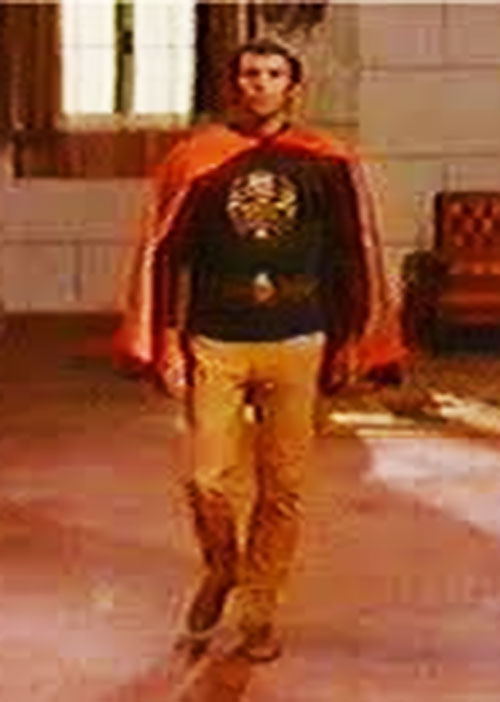 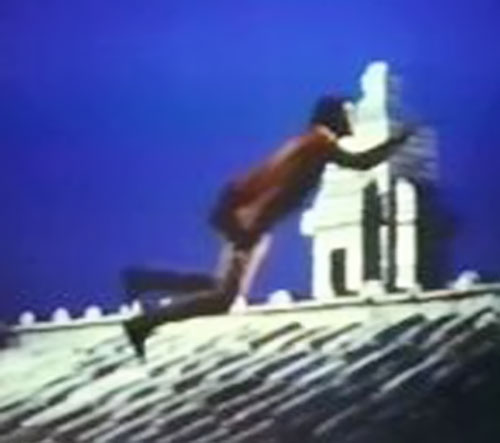