Punch is an exceptionally gifted inventor, and a pretty fair schemer as well.

But he is totally lacking in any physical or combat skills.

Sylvester Sepastopol was a child prodigy with a talent for science. He enrolled at Berkeley  at age 12, graduated three years later, and quickly picked up two post-graduate engineering degrees from Caltech .

There’s no indication of any childhood traumas or other mitigating factors that would explain why he turned to crime. Apparently he’s just a rotten kid.

Taking on the identity of Punch, Sylvester managed to capture the Titans. But they soon escaped and made short work of their puny foe.

Sylvester Sepastopol is a tall, skinny teenager with brown hair and glasses. Out of costume, he dresses conservatively in a suit and tie.

As Punch, he wears a harlequin’s outfit with a ruffled collar and a tall, pointy hat. Or as Speedy put it, “You look like a tenth-rate Joker — with about two percent of his class !”

Punch is a complete egomaniac, in love with the sound of his own voice.

While he is a brilliant inventor and a clever planner, his vanity inevitably leads him to underestimate his opponents.

When the tide turns against him, he’s a complete coward, with no stomach for physical combat.

“I have a rather ingenious plan to destroy the Justice League !” 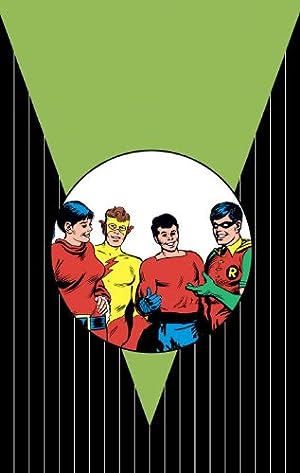