Purity can fly, and project an unidentified form of energy. The latter comes either as blasts or as protective shields.

Her history unrevealed, Purity is a member of Strikeback. This is a group of super-powered types in New York who gathered together as a form of mutual defence pact.

When Nikita was kidnapped by mercenaries working for her father, Rascal contacted the rest of Strikeback. They hastened to support him in his hunt. They caught up to him at a local warehouse used as a staging ground by the mercenaries, where Rascal and Midnight Devil battled a small army of thugs. During the chaos of the fight, some of the mercenaries managed to flee with the captive Nikita.

Taking one of the remaining craft at the warehouse, Strikeback followed the trail to Dragonryder Island. When their attempt at stealth failed, they broke in. That was thanks in part to Sherman being familiar with the place as he’d worked for Dragonryder before his accident.

After clashing with more of Dragonryder’s mercenaries, they learned that the Dragonryder family had come from another dimension. They had been forced from their home by Monster X, a gigantic tyrannosaur, which was itself prevented from reaching this dimension by technology on Dragonryder Island. 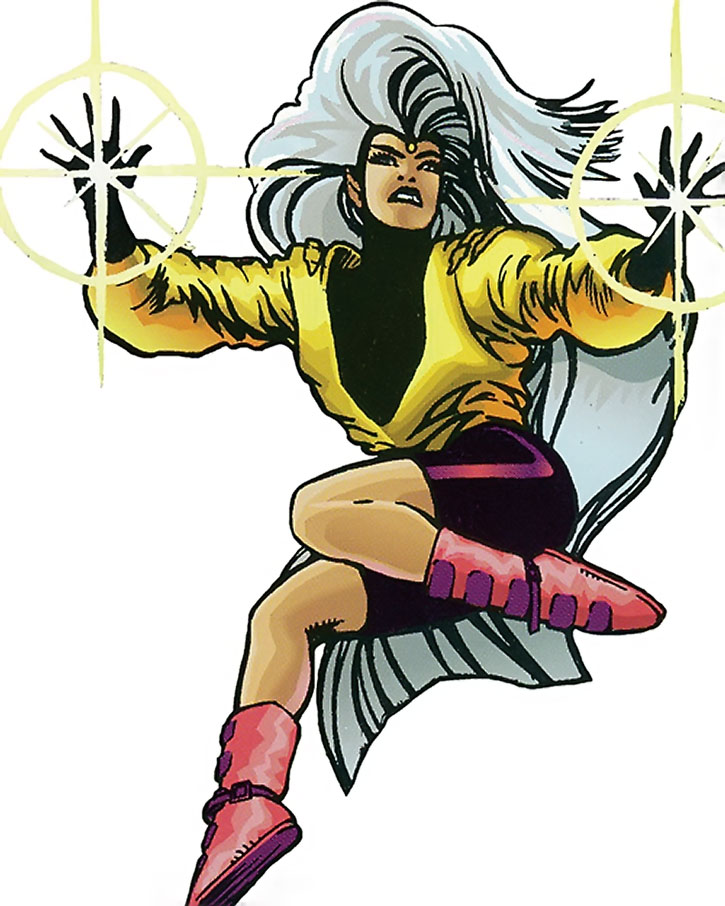 This technology was accidentally depowered when Rascal had Short Fuse fry the island’s electricals as part of their assault.

With Monster X on the rampage, and learning that Nikita was now there willingly, Strikeback reluctantly teamed up with Dragonryder’s forces to battle Monster X. The fight cost Sherman his life, but was eventually won. The fighting done, Nikita announced that she’d be returning to her home dimension with her parents to find out where she’d come from, but promised to return.

Even-tempered, emotional and helpful, Purity serves to counterbalance the more aggressive members of the team.

She cares for all her team mates, not quite understanding how Short Fuse can seem to be so dispassionate about their fates. Purity was devastated when Sherman was killed. 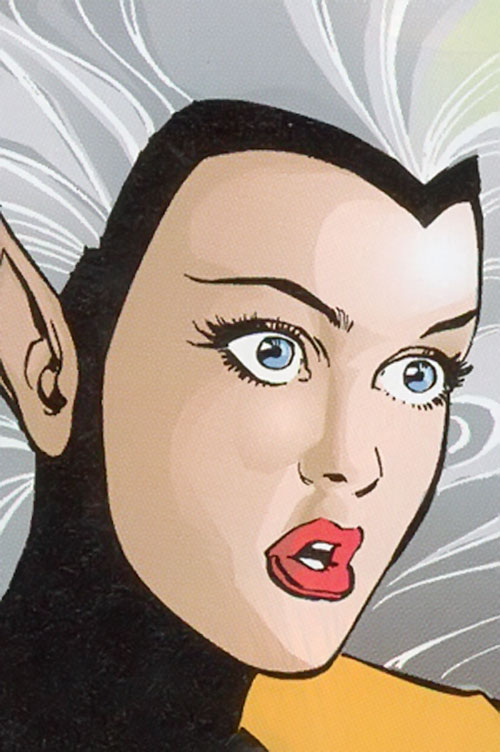