Pursuer is capable of tracking human or animal targets on a continental basis based on his sense of smell alone.

He is extremely resistant to damage and can adapt to different forms of damage both from combat and from environmental sources.

He has an extraordinary level of control over gravity.

Joseph Simms had what he considered a simple military career. His father, a widower, had been a soldier. Living on his lonely Minnesota farm, the elder Simms impressed on his son the values of obedience, honor, and duty.

Joe had a penchant for sports, mechanics, and hunting, but not for his studies. After graduating in the bottom third of his high-school class, he enlisted in the Army. While not brilliant, Joe gained a reputation as disciplined and hard working.

He drove a tank for 10 years before being promoted to sergeant, the drill-sergeant and finally to an instructor in the sniper training program.

As a graduation exercise, Joe’s students were released into the wilderness to kill a dummy target. Their instructors, meanwhile, tried to “kill” them first.

In March of 2000, three new snipers were lost in a blizzard in the Alaskan hills during the exercise. Search parties went out, but the storm forced most of the back inside. Joe knew his students would freeze in the sudden temperature drop if they weren’t found quickly. He ignored his orders and pushed on.

The snow grew thicker, and Joe started to develop frostbite on his toes and fingers. Eventually, he was too tired to continue and too far out to turn back. He thought he was going to succumb to the cold when quantum “ghosts” of two of the old hounds from his father’s farm came bounding up out of the snow.

The barked at him until he got up and, feeling remarkably better, found his three students, and carried them back to the base single-handedly.

Everyone was surprised when he didn’t join the Army’s nova recruiting program. But in those cold winter moments when he quietly erupted, Joe got a taste of something he’d never had in his 27 years in the Army: real danger. Fame was new, too, and so was serious money.

Intoxicated, he signed on with DeVries, as they offered him all three. He assumed an amoral mercenary demeanor readily, and though he’s lost his family because of it, he feels more alive than he’s ever felt before. His wife left him; he sees his two daughters twice a year.

As Pursuer, Joe has gained worldwide popularity and fame for his determined, seemingly unstoppable ability to find his target. And his widely publicized stance that, though an elite, he’ll never fight the US has won him admirers there. Pursuer fought for Nigeria in the Equatorial Wars and injured both Pele and Caestus Pax in the course of combat.

Pax has a grudge against him now, which Pursuer finds highly unprofessional and equally inconvenient. But he’s not worried; he’s shown he can handle Pax, and DeVries takes care of its own.

To get away from it all, Pursuer spends his spare time on lavish vacations and big-game hunting with his dogs. He breeds German Shepherds and Rhodesian Ridgebacks as a hobby, and he can be found at international dog shows several times a year.

Pursuer speaks tersely, but perks up when a dangerous assignment is being discussed.

He is loyal to DeVries mostly out of complacency. It’s just easier to let them find the jobs and take care of the money and other details.

Pursuer looks pretty much the same, no matter where you meet him. He wears tank tops, fatigues and boots, and keeps his platinum-blond hair crew-cut short. He has a scar down the right side of his face, a souvenir of his fight with Team Tomorrow member Pele in sub-Saharan Africa. Some (Simms included) think it makes him look dashing.

The only sign of taint he has thus far manifested are black eyes with red pupils.

As is easiest, he might be a capable Suicide Squad member, an acquaintance of Bronze Tiger during his days as a janissary in the Middle East, or a long-time rival of Deathstroke. 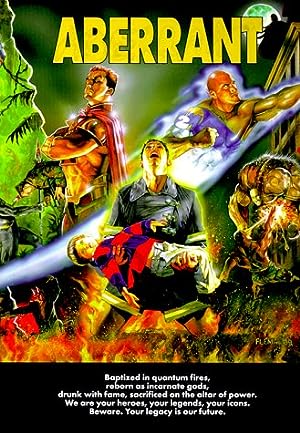 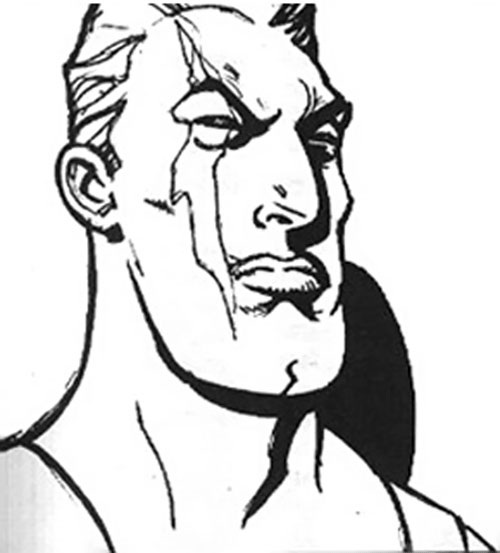