However, this sort of pliable construct is useful in superhero stories. So let’s have a short profile.

These small, nearly featureless humanoids have a consistency not unlike silly putty or bread dough. Their body harmlessly deform under impact.

This may be the same “plastalloy” tech used for the Shaggy Man.

They are coloured pale yellow, presumably as defence against Green Lantern (Hal Jordan).

The putty men operated in crews of six. There seemed to be twice that number in total. 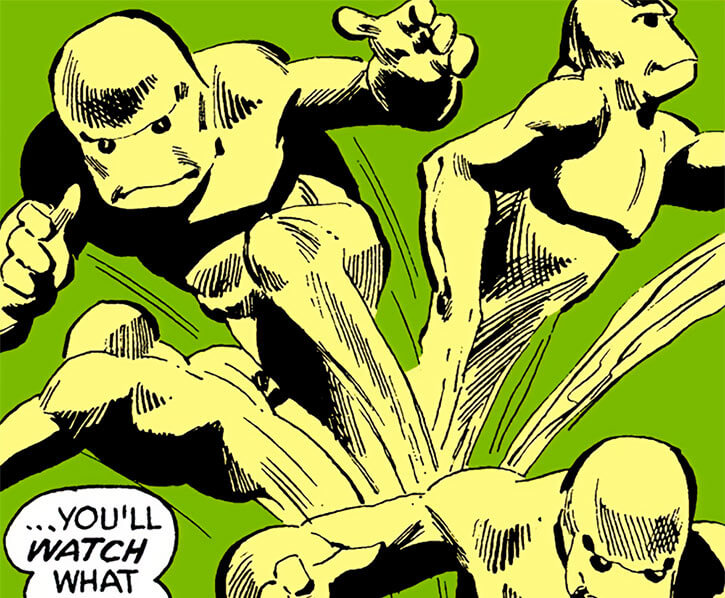 These drones were sent out by T.O. Morrow. Their job was to steal raw materials such as rubber, coal, specific types of wood, etc..

These were needed to repair one of Queen Bee’s abandoned mechanical hives. Morrow made it look like the drones were an automated failsafe array launched from the hive.

However, the whole operation was a lure. The thefts were meant to grab the attention of the Justice League. Then the android Red Tornado would prove his worth, and get invited to join the League. 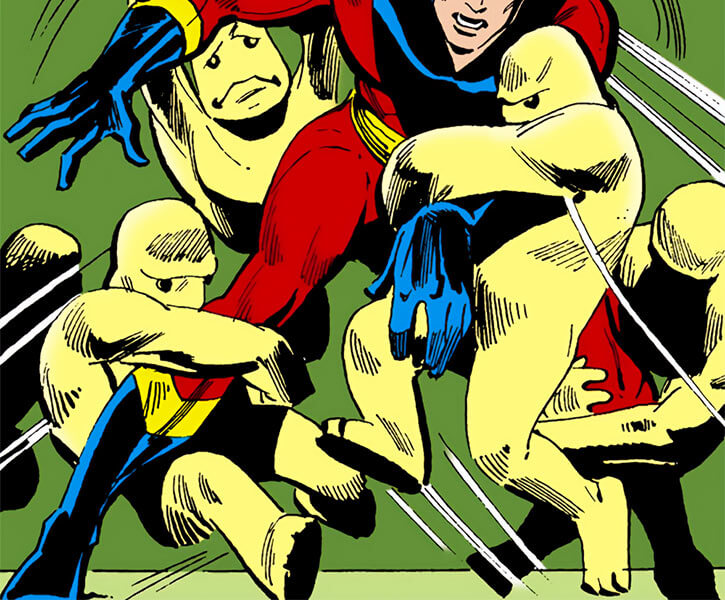 These constructs are entirely silent. However, they are clearly able to coordinate with each other.

Back then, Morrow was employing a crew of operators for his advanced weapons. It is therefore possible that the putty men were remote-controlled through a VR interface, with each construct being handled by one operator.

The putty drones had a high level of initiative and would use their environment against their opponents. Since they seemed to be a throwaway creation, this too suggests trained human remote operators. 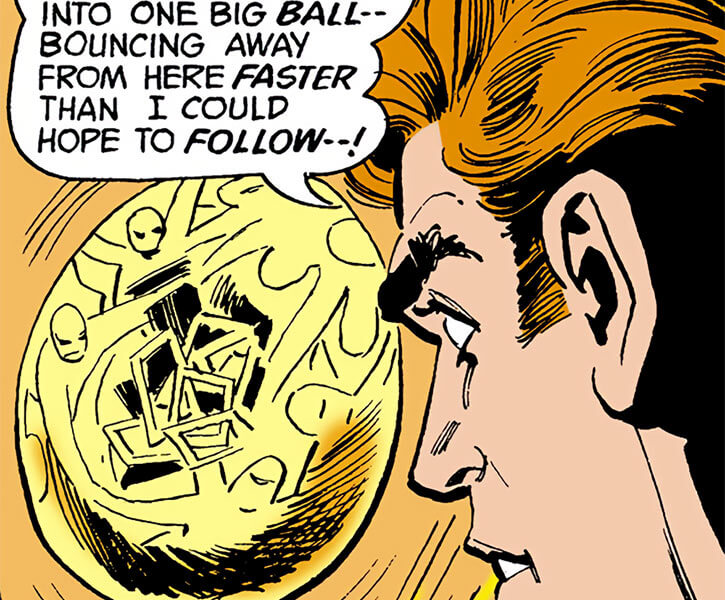 (This section proposes ways of using these characters in Marvel Universe stories).

The equivalent would be the Leader’s more malleable androids.

Gliding, Jumping and Running all require a full squad of six Putty Drones to join to form a ball or balloon. Subtract 1 AP for each missing Putty Drone.

Putty guys have partial Mental and Mystical stats. But I suspect these are actually the stats for the (hypothetical) operators. Rather than something intrinsic to the putty drones.

Their demonstrated performance requires high scores. As often with older comics, that only makes sense within the story, where they do steal-and-run operations. Something with these stats used as a kill team would be far too deadly.

I’m not using Fluid Form since what this Power models is very specific. It’d need a bunch of modifiers. Here, a modified Shrinking and high BODY do a fine job of modelling the material.