The Puzzler is a young man obsessed with puzzles and games. He is also quite the magician wielding both the magic from the alien homeworld and mystic arts of the ancient Atlantean race.

The Puzzler being only 5’2″ has quite a chip on his shoulder about his size. This is why his revenge often includes shrinking his victims. His very favorite game is to use a self-made mouse maze. Shrink someone down using his mystic powers. Then change himself into some devious device to chase his victims through the maze.

Once infused with alien magic the Puzzler’s body became much more robust. He can absorb heavy blows and even low caliber rounds without him taking much damage. Most punches and slaps the Puzzler would dismiss as annoyances.

Thomas Dinella was a normal child living in an uptown apartment with his family until one day he picked something up off the floor. It appeared to be a tiny grain of sand. He almost didn’t see it at all but with a light coming from one end it had momentarily caught his eye.

When Thomas looked into the light he saw a vast wooded and mountainous region beyond with a strange city and strange looking people. All this he saw as if through a tiny peep-hole. He held onto it but when his older brother insisted on seeing too, Tom did what he often did, he swallowed it to keep his brother from taking it from him.

Tom never saw that dust mite again. However, it had an effect on his body and his growth became unnatural. He became obese where his brother was thin. His eyes bulged and his hair became sparse and thin. Once an adolescent Tom became aware of the magic inside him. He could on rare occasions transform himself into objects. It was all too strange to comprehend.

Thomas came to adulthood, continuing his education through online classes. Soon, his life would take another dramatic change. Looking for a new powerful weapon, the Fearsome Five came to New York following Jinx who was sensing a new magical source, which turned out to be Thomas. Thomas’s family were held hostage to force him to hand over his magic to them.

The Titans arrived and rescued Thomas but in the battle, their home was collapsed killing both his father and brother.

As a suddenly single mother with an adult child at home, Patti moved into low-rent housing. Over time she resented Thomas so much, blaming him for their current lifestyle that she would cuss him for hours or beat him with her fists. He came to ignore her most of the time. One night, she crept into his room with a knife. She stabbed her boy over and over screaming in the dark.

Then a light was flipped on and there was Thomas staring at her. He had been in the bathroom and walked out to her display. She slunk back in fear dropping the knife. Thomas only stared for a moment and went back to bed. His mother never made an attempt on his life again.

Thomas was eventually sought out again by the Fearsome Five. This time in a much less dramatic way. Psimon arrived to hire him. Thomas would join up with some other mercs and take jobs.

This mercenary group was called the Chessmen, each taking on the role of a chess piece. Psimon wasn’t overly impressed with Thomas but was interested in his powers. Thomas would eventually get to study magic under Jinx for a time and became a for-real wizard.

Jinx didn’t mind training the slob at first since Psimon saw potential in him. But over time she grew tired of his leering bulging eyes and odd features. She threatened to melt him into paste if she had to deal with him any longer.

So, Thomas began studying on his own. Jinx had acquired a few books on Atlantean magics. Thomas became most intrigued in spells that reduced others size.

Thomas took the name Puzzler. He would soon be called upon by Psimon to “pay” for his studies. A certain Titan would be his target.

Dinella is quite unattractive. He’s short and overweight with thinning hair and bulging pig-eyes.

The Puzzler is an odd individual.

Tommy is anti-social to the max. He is completely in his own world, barely even acknowledging others. But there have been a handful of people who have somehow connected with him. One was his mother. Unfortunately, over time she came to hate him. Many evenings were spent on his computer, totally lost in his cyber-personality with his mother incessantly screaming at the back of his head.

The attention he got from Jinx in their one on one sessions was a unique and happy time in Tommy’s life. He’ll probably never forget her.

Joshua, the Rook: “Come on Tommy. You’re part of our group now.”
Tommy: “Ok.”
Joshua, the Rook: “You’re going to be the Queen’s Bishop.”
(Joshua hands Tommy a Bishop Chess piece)
Tommy: (Looks serious and angry) “I’m a Knight, not a damn Bishop.”

“Now we’re going to play a game and I never lose.”

“Mm-hmm” (often an answer to most questions)

1 Advantage:High Level Connection (not to Mystic Community or Entity).
(4) free familiarities for Int. 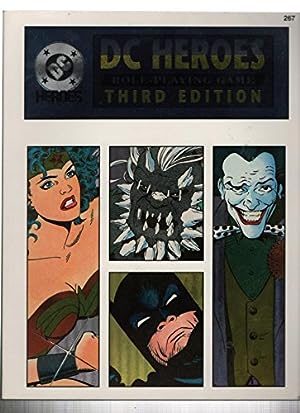