The Puzzler has no unusual powers, but is skilled at games and puzzles (oooohhh). His sign is a bent nail – half a common puzzle.

Though not a great athlete, the Puzzler is quite strong and agile for a civilian (especially with his Hero Points ). This has often enabled him to escape capture.

The Puzzler is himself something of a puzzle. Who he really is and how he became obsessed with games, tricks and puzzles is unknown.

He began by threatening a table tennis champ. The Puzzler then made attempts on the champ’s life when he refused to pay protection money.

Afterwards the Puzzler kidnapped Lois Lane. He set her up before a wheel of fortune that would trigger a strangling device if the indicator stopped on red. Of course, he had rigged the wheel so it would always stop on red.

When Superman saved Lois, the Puzzler challenged him to a checkers games with Lois’ life at the stake. When the Man of Steel spotted his adversary cheating, he did the same at super-speed and won.

The Puzzler next launched kidnapping for ransom plots. Again he challenged Superman to a game – this time cards, with some of his henchmen sitting in. By using his X-ray vision to call out the cards from the back, Superman convinced the hoods they were marked and their boss had been cheating them.

The Puzzler managed to escape, making it appear as if he had drowned.

It’s in the cards

But he returned, to enter a card-playing tournament as a masked contestant. He did well, but was ultimately beaten at poker, rummy, hearts, casino, blackjack and bridge. He vowed revenge for this humiliation.

First he killed the poker champ, by beating him to death with a poker. Next he tried forcing the bridge champ’s car off a bridge – but Superman saved him. The Man of Tomorrow then thwarted an attempt that had been made on the blackjack champ’s life with a blackjack.

Supes later arrived just in time when the Puzzler induced a heart attack in the hearts champ. Then stopped the rummy champ from drinking poisoned rum. And saved the casino champ’s life at a casino.

Superman tracked the Puzzler to his lair, with its maze full of deathtraps. These were deadly to an ordinary man, but nothing for the Man of Might. He captured the villain, who, however, soon managed to escape.

Superman put the Puzzler in jail in a later encounter, though.

The Puzzler *will* cheat to win if necessary.

He frequently sends complicated clues about future crimes to Superman in care of the Daily Planet. It inflates his ego to think he can outwit the Man of Steel (although he has yet to do it). While the Puzzler can’t win, he keeps on trying.

When committing crimes that require henchmen, the Puzzler will certainly employ lackeys. But he takes great pleasure in saving any killing for himself.

Drawbacks:
CIA toward games and puzzles.

Compiled by Sébastien Andrivet (using the Superman Sourcebook and Who’s Who). 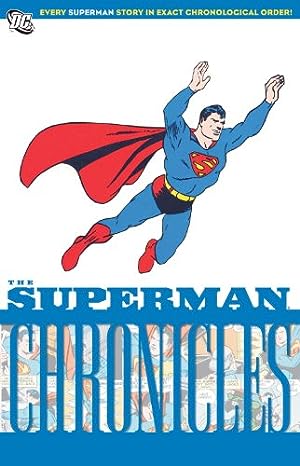