QT3 possesses unique matter and space manipulation abilities. These may actually be magical in origin.

By manipulating matter, he can create any object he has observed out of thin air. This includes creating anything from functioning machines to large celestial bodies. The ’formulas’ are apparently collected in his powerful internal databank, which is constantly added to during his adventures.

By manipulating space, he can control weather and summoning people or demons from wherever they may be in the universe. Curiously he can only summon beings that others want to meet or require, but not his own friends or creator. Such manipulation includes powerful telekinetic effects.

By combining matter and space manipulation abilities he can also create powerful earthquakes.

Naturally, being a robot he is physically strong and durable. He doesn’t need to sleep, eat, drink or breathe. For some (mystic?) reason he can also communicate freely with animals and spirits and ghosts. QT3 can see the latter, whereas they are invisible to everyone else.

During his adventures he has mastered a lot of social skills and can handle most types of humanoids just fine now. He is a skilled space pilot and apparently can find his way anywhere in the universe.

The launch trailer for the game.

The universe is inhabited by numerous sentient beings. Those readily visited by QT3 during his cosmic odyssey were:

Beyond these world lay the outer worlds that are not as easily accessed (actually it’s DLC material):

Clearly, life has developed independently on many planets spawning a multitude of different humanoid types, while others appear the product of colonization. The result is a very varied universe with lots of discover for QT3.

QT377655, or just QT3 as most call him, used to be a robot owned by a girl named Lani. He lived on an unnamed planet somewhere in the universe.

Then a news bulletin from the robot factory on another planet reported that all robots of QT3’s model would be recalled. They were to be scrapped and recycled on account of them not being human(oid) enough. Lani panicked and quickly moved to another planet, leaving QT3 behind so that he could be spared.

QT3 was only informed about his impeding deletion and told to wait there.

QT3 and the only other remaining inhabitant, Balloon (who originally hailed from the planet Bunnipi), were left alone to their own devices on the “home planet”. After 11,432 days, an alien soon showed up in an UFO.

The alien, known as Jeff, informed QT3 that he could help the robot avoid deletion. For that QT3 would have to partake and succeed in an universal journey to demonstrate that he had many human qualities and an understanding of human beings. And Jeff would report back to the robot factories of QT3’s success. 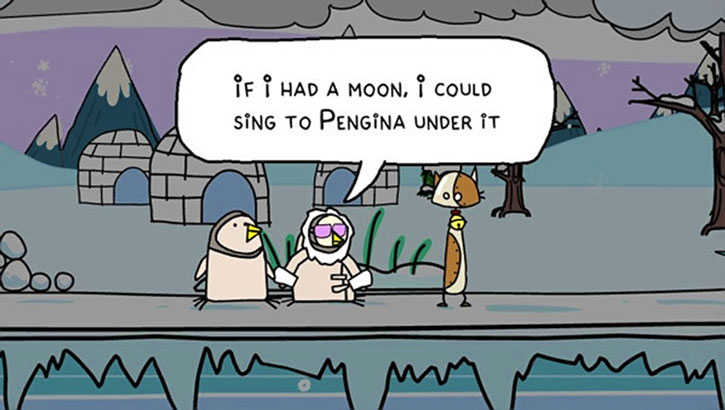 An analyst named Dr. Therapist also appeared on “home planet”;. He would regularly analyze QT3’s personality progress and report back to Jeff.

Thus was QT3 equipped with a bizarre space steed. He could therewith visit various planets and populations under Jeff’s guidance and mentorship.

While Jeff was often obtuse and almost oblivious, QT3 managed to gain many lessons in human behavior and human strengths and weaknesses as well. He also could observe the lives of other humanoid creatures (some barely sentient), robots and even gods.

He almost always ended up solving the problems of many planets using his many unique and unusual abilities. QT3 learned true people skills in the process.

It must be speculated that QT3 is an anomalous production, perhaps even coined a robot mutant. This endowed him with powerful creative abilities and some of his powers are clearly magical.

In the end he had been everywhere and encountered all human emotions and handled them adequately. He had scores of friends on every planet and every day received lots of fan mail and well-wishings. 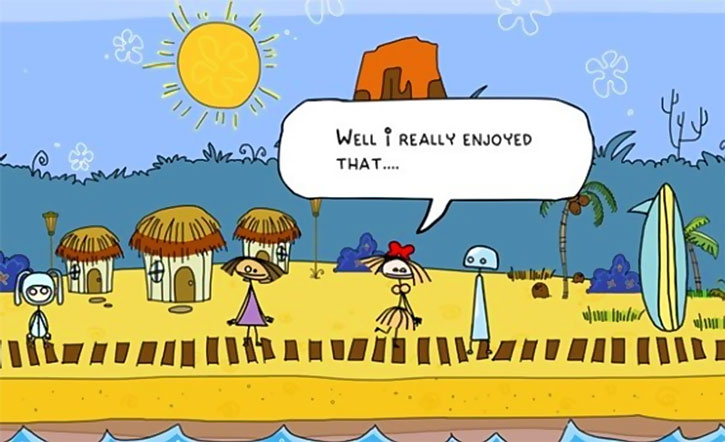 He then tracked down his former owner, Lani, to Robodachi. QT3 was reunited with Lani and his old buddy Balloon after he fixed up that planet as well. Lani told QT3 that she had left him behind only in order to save his existence.

Then Jeff the Alien showed up as well and revealed the truth of it all: it was in fact Jeff who had been on trial all the time on account of not being human enough.

Jeff learned from QT3 and reported back to his own superiors at the robot factory of his own progress. This also was the reason for his apparent obtuseness – QT3 often knew more than his supposed mentor Jeff about the planets. QT3 and his model were then indeed deemed human enough by the factory supervisors and they would not be deleted.

So in the end QT3’s exploits saved not only himself but also Jeff the Alien in the process!

Thereafter QT3, who had gained growing curiosity and a hunger for developing further, ventured out into space. He would discover new planets and populations to interact with, to help and to learn from. QT3 remains a cosmic anomaly and hero of many planets throughout the cosmos. He was last seen heading for the outer planets!

QT3 is a tall, shiny metallic robot with spindly limbs. He regularly changes appearance as he grows more self-aware and human.

QT3 is a very curious robot and a natural servant with a heart of gold and great humility. He has a genuine willingness to help others in need, to function as a mediator and to grant others their requests of happiness and to solve their problems. Thus, it is not uncommon that they take the opportunity to ask unreasonably much of him.

While he initially understood human feelings very poorly he has since slowly grown into understanding humans and non-humans alike well. Howbeit, his own repertoire of feelings appears somewhat limited. Various lifeforms, societies and civilizations fascinate him. This has helped him become his own man in his continuous adventures. 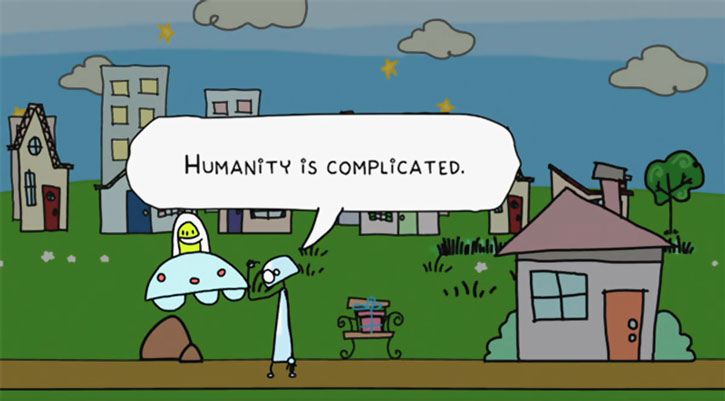 He has a fondness for his first friend Balloon and regards Dr. Therapist as a source of information. He has scores of friends – human, humanoid, plant, object, alien or god – on many planets. Many of those regards him a hero. He regularly keeps communicating with many of them through email correspondence.

His former owner Lani is a close friend, although he now considers himself a free man and developing being. The mysterious Jeff the Alien has served as his mentor in his quest to understand humanity, even though Jeff himself doesn’t fully do so.

As such, QT3 and Jeff have taught each other a lot about humanity over the years and they apparently remain mentor and student even now, with the roles sometimes reversed (although Jeff always acts as if he is the wiser one).

His insatiable curiosity now compels QT3 to traverse the universe in search of his own inner light and humanity. He will likely end up a great force for good in creation given enough time!

“Some robots are just machines. But not my model. I know I’m not just a machine. I know this because somebody loves me. And you can’t love a machine.”

In the DC Universe QT3 is likely a robot created in the 30th or 31st centuries. Perhaps he was created by a mad Coluan as an experiment in the fusion of magic and technology. In fact, Jeff the Alien is probably his creator in disguise!

During his many adventures he has visited Earth, Colu, Naltor, Rimbor, Saturn, Starhaven, New Genesis and even other dimensions such as Earth-C and other places of the multiverse.

Equipment:
Space steed [BODY 06 INT 01 STR 03, Flight 40, R#2, Insta-change, Notes: The steed, which only has room for one passenger, can change appearance as per the pilot’s instructions, varying between many forms, including standard rocket, flying cheese, turd, cow etc.. The steed offers no protection against the rigors of space. After landing on a planet’s surface the steed returns to the atmosphere in wait for its pilot to call upon it again. As such, the steed is in some sort of constant radio contact with QT3.].

Despite his meagre appearance and great humility QT3 is extremely powerful. Yet his mastery of space and matter demands high interior energy levels; these energy levels are represented by his Charges attribute (inspired by the MEGS v1 rules).

Every single time that QT3 uses his Dimension Travel, Earth Control, Fabricate, Force Manipulation or Weather Control powers he loses one point of Charges until recovered. He can no longer access any of these powers if completely depleted of energy, meaning he is down at a temporary Charges condition of 00.

He continuously builds up his inner charge, and usually automatically while he restfully travels between planets. He is allowed one Recovery Roll to recharge Charges every 15 APs of time from first use, meaning he will almost always have access to his great abilities except for after excessive use.

Alternatively, he can pay for a Desperate Recovery Check to immediately be allowed a replenishing roll. Naturally, he can also boost his abilities further by the expenditure of HPs. 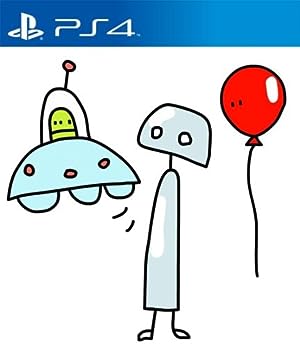 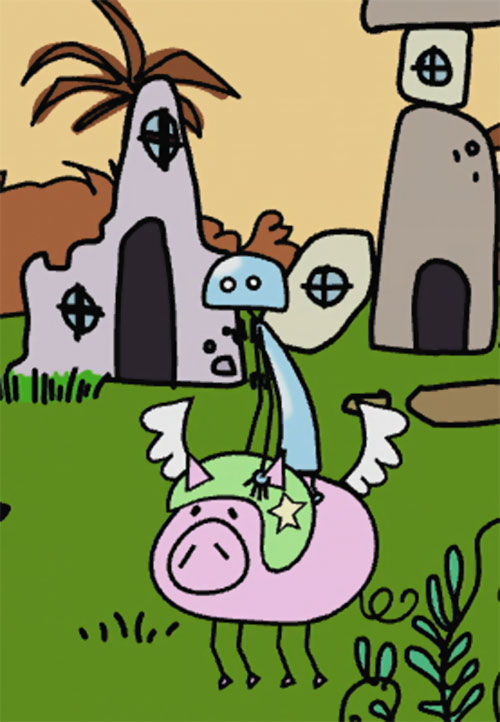