Daisy can generate vibratory waves which, at the most basic level, cause earthquakes measuring at least 3.2 on the Richter scale.

While normally hard to control, a pair of specially designed gloves enable her to guide her powers with greater accuracy. Training has allowed her to target them with unerring precision, starting a quake in a target’s head from around a mile away.

She can also use it for more generally destructive purposes (Bomb) but usually doesn’t do so in confined spaces unless trying to collapse her surroundings.

She’s highly skilled in espionage, and armed and unarmed combat, having been trained by Nick Fury as his protégée. She’s also been trained to shield herself against mental intrusion.

Growing up, Cory Sutter had little interest in school, where she performed badly despite her intelligence. She turned to petty crime for something to do, and was arrested for shoplifting at a CD store.

The stress of the incident triggered her powers and she unknowingly caused a slight earthquake. In custody she was questioned by Nick Fury, who revealed to her that she was adopted, and that she’d caused the earthquake.

Cory, whose real name was Daisy Johnson, was actually the daughter of Calvin Zabo (the super-villain Mr. Hyde), and a prostitute he frequented. Zabo had experimented on himself for years before he became Hyde, and his genetic tampering had resulted in Daisy’s powers.

Fury recruited her into S.H.I.E.L.D., and she gladly went along. He oversaw her training personally, keeping her close so she was his personal weapon. Aside from Fury and the Black Widow, she was the only agent known to have a Level 10 clearance.

Her first known field mission occurred when Fury discovered a terrorist threat backed by the Latverian Prime Minister, Lucia von Bardas. He was politically prevented from acting, so organized a covert team of super-heroes to deal with the problem. 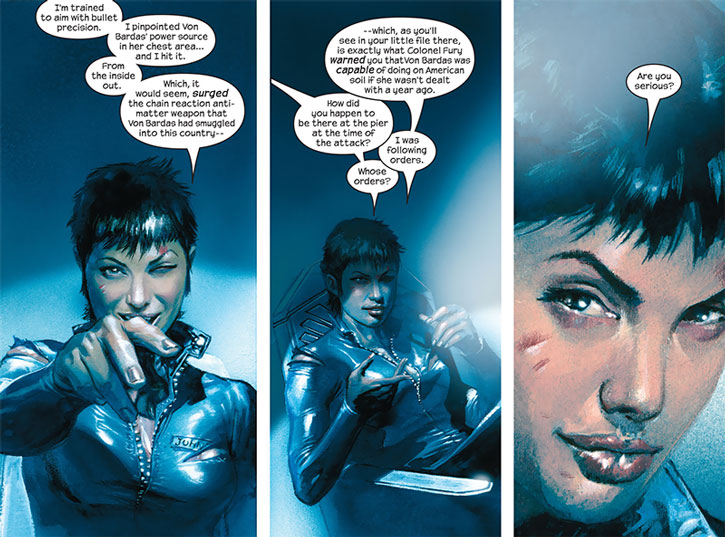 Von Bardas survived, and struck at members of the covert team a year later in America. Using an army of technologically-based super-villains she’d been funding for years, she initiated a small war in New York, and had the villains rigged as a bomb she could detonate.

Fury had Daisy nearby, waiting for the opportune moment to take von Bardas out. She did so.

The incident brought the earlier operation to light, though, revealing it to the team members who’d had the incident wiped from their minds. Wolverine, incensed by this, attacked Fury. Daisy used her powers on him, causing Logan’s heart to explode.

Fury, however, was revealed to be an LMD. The real Fury, knowing his time at S.H.I.E.L.D. was done, vanished, apart from keeping in touch with Daisy during her debriefing and decommissioning.

Only 18 and forced into mandatory retirement from S.H.I.E.L.D., Daisy almost leapt at the chance when recalled to aid the Avengers against Magneto. She was transported to Genosha, and set up a distance from the battle, from where she caused a quake in Magneto’s head, rendering him comatose.

She was disappointed to learn she’d only been wanted for the one job, and hadn’t actually been invited to join the Avengers. She’d already picked out the codename Quake, too.

She returned to her enforced retirement.

She was again recruited by Fury when he discovered Skrulls had infiltrated all level of society. He assigned Daisy as field leader to a group of “caterpillars”, super-humans unknown to anyone but him and therefore unlikely to have been compromised.

It proved a learning experience, and she wasn’t comfortable with sending one of her team home when Fury told her to. She argued that she should have control over such things, and Fury agreed. Then he sent Druid home anyway, enraging Daisy.

Much of Fury forcing her to lead was his training her as his protégée, although part of it was also him distancing himself from the soldiers he may have to send to their deaths.

Daisy didn’t distance herself from them. She was hit hard by things like Slingshot losing her arms, or the deaths of her team members. She also began a relationship with Hellfire.

After the mission on which Phobos and Hellfire died, Fury revealed to her that Hellfire had been compromised by HYDRA. Judging her reaction to be too emotional, Fury deactivated her team. Daisy went to Hawaii with Druid to recover from the ordeals.

After HYDRA and Leviathan had been dealt with, Fury sent his brother, Jake, to recall Daisy. Gathering the survivors of the team, she joined the newly reformed S.H.I.E.L.D., becoming its new Director on Fury’s recommendation.

Her features and haircut initially bore a strong resemblance to Angelina Jolie in Hackers, as illustrated below. She let her hair grow a bit later, but cut it again when she became Director of S.H.I.E.L.D.. 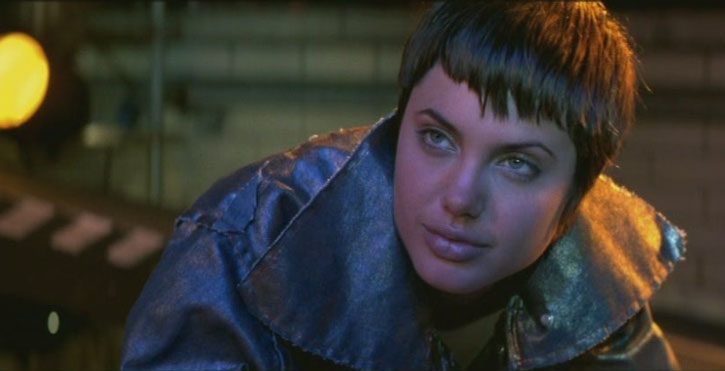 Confident and dedicated to her mission, Daisy takes care to hide her true feelings from most people. When stressed she has a slight tendency towards aggression, but isn’t normally stressed except when in charge of others.

While she retains some of her early rebellious streak, Daisy has had to rein it in as she became a leader, and has become more serious. She’s often stressed by concern, and uncertain over her new role, although she tries not to show that to her team.

Daisy: “Are you ever going to trust me ?”
Nick Fury: “The best I can offer is that I want to. And take it for what it’s worth, but very few people get that far with me, Daisy.”

“Either it’s my team or it’s not. I know I work for you — I love it — I know what we’re doing is important… even if I don’t know exactly what that is all the time. But it’s my team. You trust me or you don’t.”

Bonuses and Limitations:
Accuracy is only usable when wearing the Control Gloves (-1).

As Director of S.H.I.E.L.D., Daisy has a High level Connection to the organization, a High Level Special Credentials, and the Authority Figure Drawback. 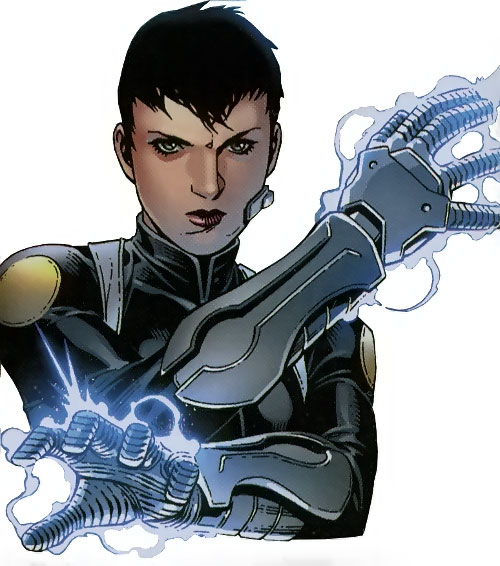 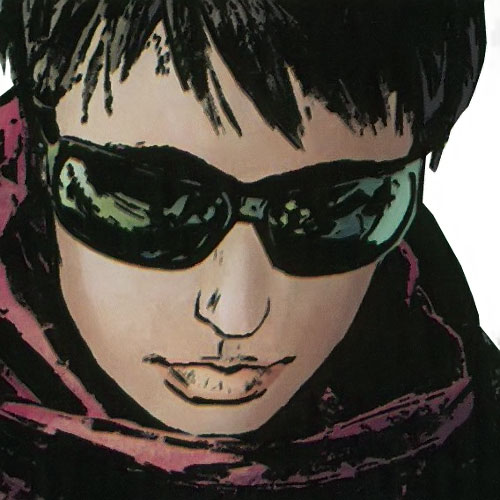 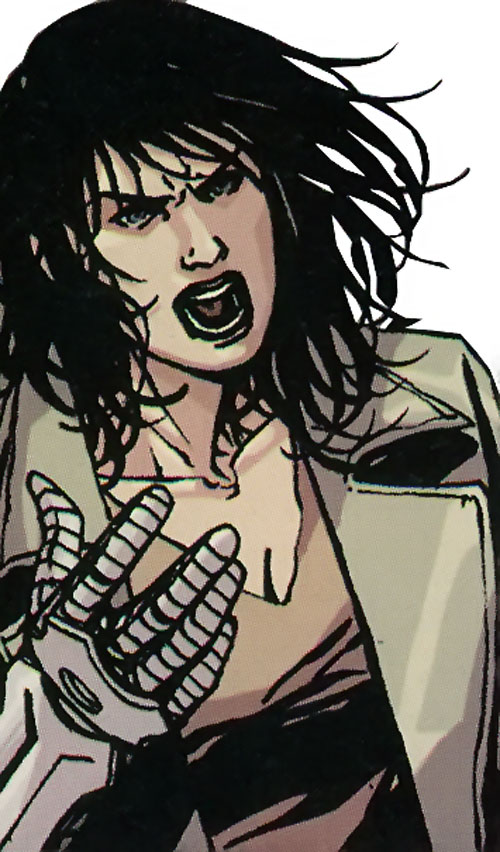 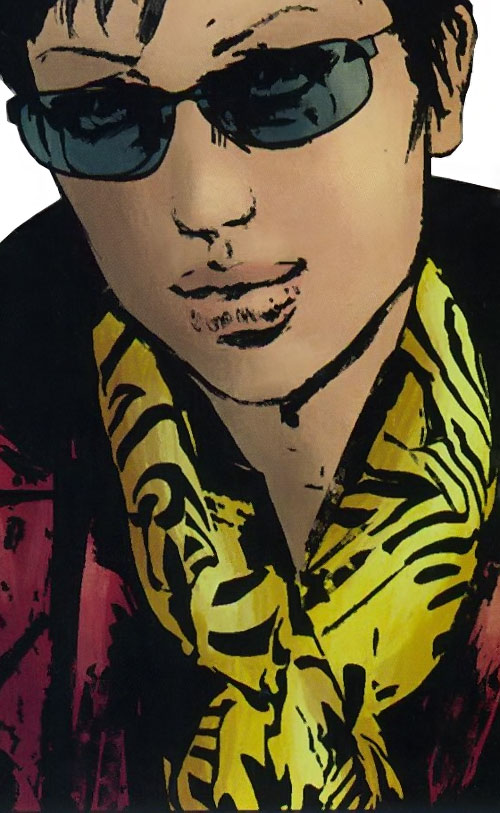 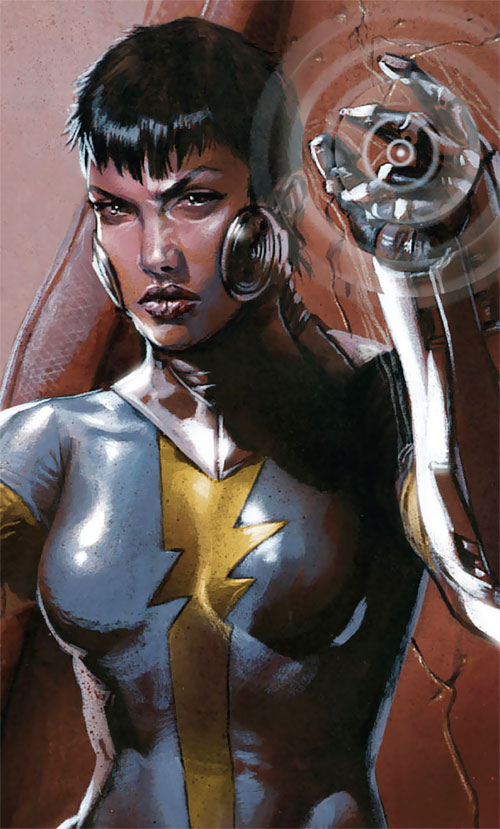