Marlena is the Queen of Eternia in the 1983-1984 He-man and the Masters of the Universe cartoon.

She’s an astronaut from Earth who crash-landed on Eternia.

Reputedly the greatest aviator Earth ever produced. Marlena proved to be a great fighter pilot and inspiring leader when she led a sortie against Skeletor’s army.

She is skilled in the martial arts, likely judo. But her skills have atrophied with time.

Ms. Glenn is trained as an astronaut. On Earth, her skill and knowledge are legendary. She thus was chosen as the sole pilot of The Rainbow Explorer, an Earth-manufactured spacecraft that doubles as a fighter jet.

As such she was issued a form-fitting spacesuit. She also knows Earth’s coordinates by heart.

Marlena became the Queen of Eternia. Her title demands respect and obedience. 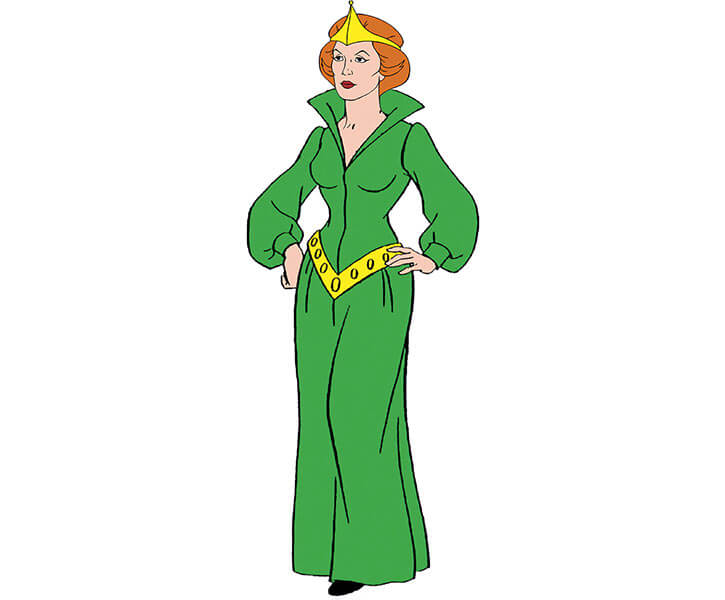 Queen Marlena is a human from the planet Earth. One of the first female astronauts.

She was alone traveling aboard the Space Probe Valiant – later called the Rainbow Explorer. However, a cosmic storm swept her off course.

Marlena completely lost communication with Earth. A million miles from home and stuck in the middle of an asteroid shower.

Then a small planet came into view.  Marlena crossed her fingers, hoped for the best, and crash-landed there. She brought the ship in for a hard landing having only one working engine.

(Since she doesn’t react to gravity, air composition, etc. on Eternia, I can assume that Eternia is very similar to Earth).

A youthful King Randor saw the crash and investigated. Randor lifted Marlena from the ground, invited her to his Palace.

In a few days, she would be rested enough to return to her home planet. Marlena instead fell in love with the young king and with Eternia itself. She stayed and became his Queen.

Hordak led an assault on Eternia. The attack ultimately failed – but he was able to escape with the Princess, Adora. His apprentice, Skeletor, was left behind on Eternia.

Skeletor established a persistent threat in Eternia against the Royal Palace. Thankfully, a hero appeared to combat this threat – He-man.

A bit of trivia

The coordinates in He-man & She-ra: A Christmas Special, marked the location where Orko landed. Queen Marlena recognized the coordinates for Earth.

There are some other numbers on the screen that may also have some significance. 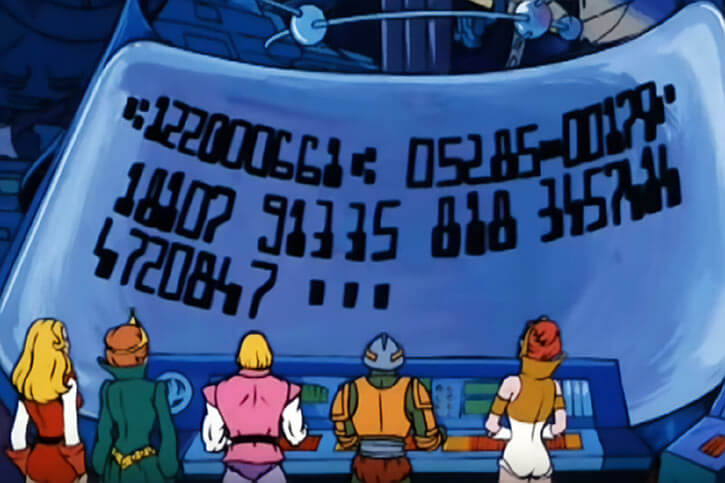 Marlena wears a green gown accented only by a golden belt and her Queen’s crown.

Marlena puts off a regal and dignified aura. She’s serious-minded and compassionate.

She is almost always at King Randor’s side. They have a happy marriage and she trusts him to run the Kingdom.

Marlena is very proud of both Randor and Adam.

She has stepped up as a capable leader when necessary. 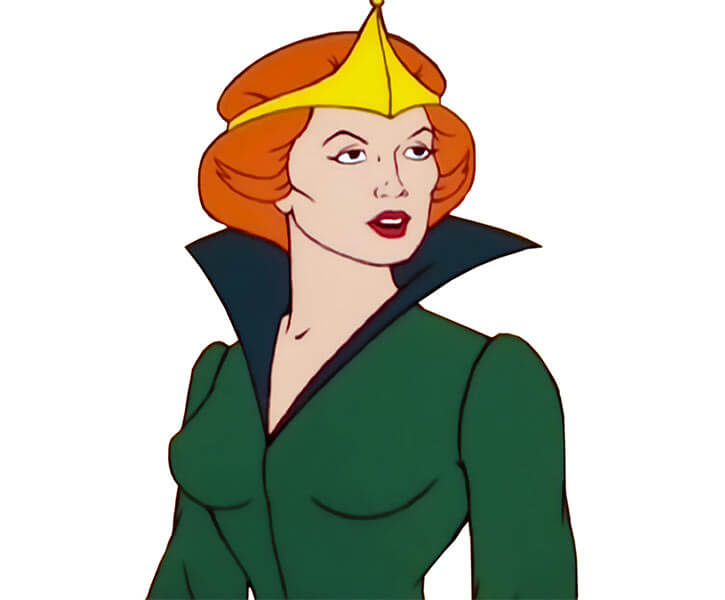 “Well, Marlena old girl, you’re on your own this time.”

“I think Adam inherited from me what we Earthlings call ‘a sense of humor’.”

“My real home is here on Eternia with you (Adam) and your father. I wouldn’t trade anything for the life we have together..”

(After Teela loses a Sky-Sled tournament)
Teela: “But he was above me. There was nothing I could do, I couldn’t aim at him up there !”
Queen Marlena: “Excuse me. On Earth, we had a maneuver called the Immelman turn  (video). I could show it to you if you like.”
Teela: “Sure, uh, sometime maybe.” 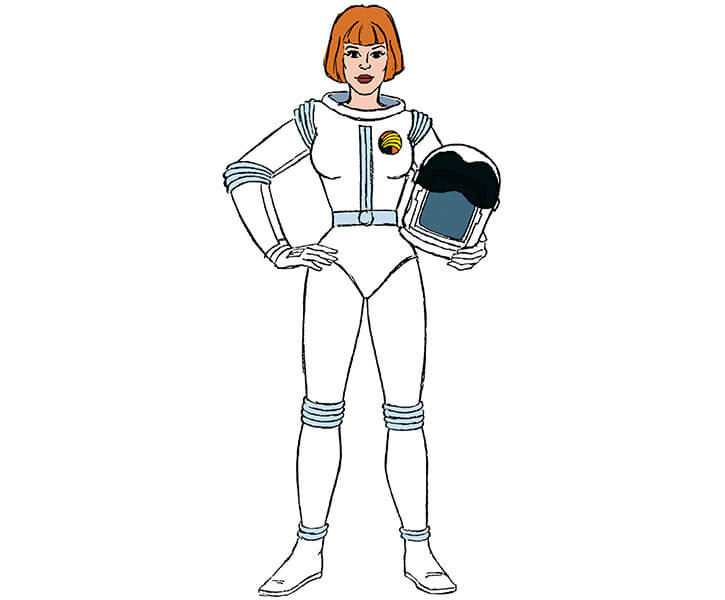 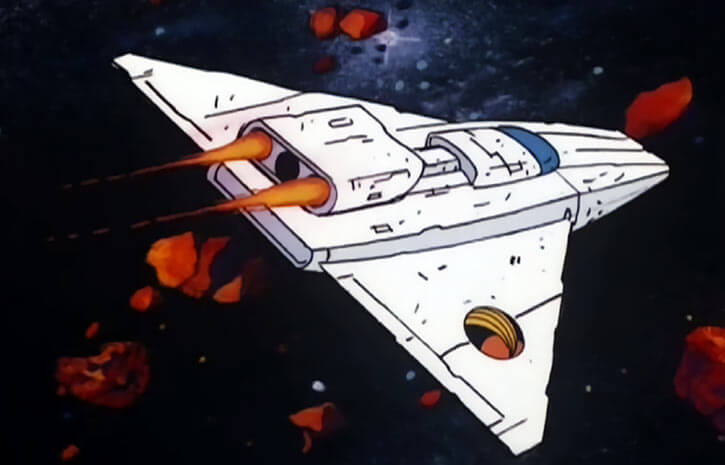 The Rainbow Explorer can be compared to a fast attack jet. So, I started with stats as needed from BOH:SE take on the F-15 Strike Eagle.

A young Queen Marlena performs an impressive shoulder throw on Skeletor (She-Ra episode: “Reunions”). At that time she had Martial Artist: 05. 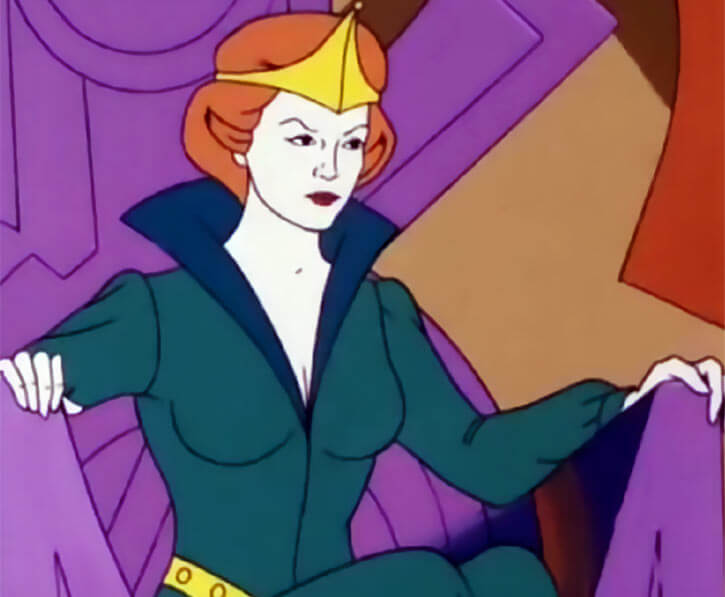 Source of Character: The 1983/1984 animated series He-Man and the Masters of the Universe and 1985-1987 She-Ra Princess of Power, He-man & She-Ra: A Christmas Special. Voiced by Jay Scheimer and Linda Gary (Dewoskin) Howerton (initially miscredited as “Linda Gray”, later as “Linda Gary”).