I’m not sure why we have this old note about leading vampire hunter Quincy Harker. Beyond “the illustration is cool”. Likely a mix of fading memories from the book, plus “his abilities aren’t hard to model”. But it’s not as researched as other writeups.org character profiles.

Harker was physically and emotionally broken. But he’s still a very intelligent and methodical fanatic. That he’s one of the greatest vampire hunters of this century, even when taking account the likes of Abraham van Helsing , is an ample testimony of his abilities.

His wheelchair includes a mechanism that shoot volleys of small wooden darts. There’s a radar-driven target acquisition system to compensate for his reduced physical abilities. The darts are coated in a special poison that actually affects vampires.

He also has used tubes launching a net whose weights include garlic (making most vampires incapable of escaping the net by misting). He’ll also normally carry one or more hidden hardwood stakes.

He’s the foremost authority on anti-vampiric gadgets, and can always be counted on having one vicious design on his person.

Harker Estate is probably the worst deathtrap in the world for vampires ; not even Dracula would attempt to enter it, IIRC.

Quincy is the son of Jonathan and Mina Harker (who married shortly after the end of the events chronicled in the novel Dracula). He was tutored by the great Abraham van Helsing. Still, he didn’t intend to use up his life fighting vampires before his first encounter with Dracula, at 16.

He then tasked himself to surpass even van Helsing as the greatest vampire hunter ever. Harker set up an organization of hunter which destroyed a large number of vampires.

The powerful Dracula finally managed to strike back at Harker after years of being hounded. His attack resulted in Harker’s legs being crippled, and a terrible trauma and eventual nightmare-induced suicide for his wife Elizabeth.

Physically diminished, Harker stopped being a field leader. He became more of a coordinator. He also started to design ingenious anti-vampire weaponry for his agents, and turned Harker Estate into a deathtrap to ward against further attacks. Harker also raised the orphaned Rachel van Helsing, and saved her from another attack by Dracula.

Harker’s vast organisation eventually died down. By 1973, only a core cadre of agents remained : Rachel van Helsing, Taj Nital and Frank Drake. They allied with such hunters as Blade, Hannibal King or inspector Chelm of Scotland Yard.

Things went especially sour went Dracula captured Edith Harker (Quincy’s daughter) and turned her into a vampire. This forced her own father to kill her. Subsequent fights between Dracula and Harker became even more bitter.

Quincy Harker eventually had a heart attack. That reduced his life expectancy to about one year. As a consequence, he mounted a last onslaught on Castle Dracula itself. He managed to kill Dracula, and almost beheaded him before dying. Unfortunately Dracula was later resurrected, and avenged himself by killing Rachel van Helsing.

The sight of the sinister-looking, covertly armed, Harker wheeling into a room, with dim lights reflecting oddly on his dark glasses, is a classic.

I don’t remember ever seeing his eyes (but is has been years since I read those…), further adding to the character’s mystique.

Harker, has stared most of his life into the abyss. He became a cold, joyless husk burning with methodical hate and deadly intelligence. His fanaticism eventually grew to be of the same strain as the one that animates the Batman. At times he seemed as cold, ruthless and inhuman as the monsters he was hunting.

Most would consider him a monster, despite the fact that his fight is to save mankind.

The DCU has a strong tradition in horror and vampires, and Quincy Harker has a place in it. He would have occasionally worked with Johnny Peril, Mister E. or Baron Winters.

His relations with Andrew Bennett, if they had encountered, would have probably been interesting. Perhaps even tenser than those with Hannibal King.

Saint is a large German shepherd. He is absolutely loyal to Harker (even to the point of attacking vampires).

Bonuses and Limitations:
Shrinking is Always On and Already Factored In (-1). 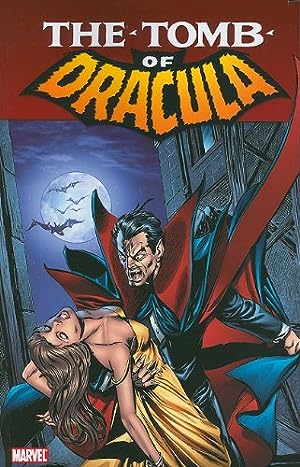