Quinn is the recipient of $500M worth of cybernetics technology, powered by six nuclear motors. He has had most of his body replaced. A new skin, tough enough to stand the tension of superhuman strength, was grafted on the few remaining portions of his flesh. He:

He’s no longer able to physically speak, and must use nearby technology to talk to people.

A USAF officer, Quinn was a test subject at the Big Wheel complex in Nevada. He underwent numerous cybernetic enhancements. Unlike his seven predecessors, he survived the experimentation. Waking after a three-day sedation following his last operation, one of the staff accidentally let him see a mirror.

No longer recognizing what he saw, Quinn snapped, killing everyone he could find.

The military’s initial option was to sterilize the location with a large nuclear weapon. But it would have been too close to habitable areas. They grudgingly contacted Miranda Zero of the Global Frequency first, allowing her to take in a squad of specialists to deal with Quinn.

They tried talking to him, but he had little interest in anything other than killing. Quinn took down 2 of their number before they threw a small scale EMP  at him. He survived it, despite being damaged, and hunted them.

As Zero and most of the surviving members fled in a helicopter, Quinn deployed his laser preparing to finish them off. However, he hadn’t noticed the sniper they’d left. The sniper managed to destroy Quinn’s remaining power source, killing him and irradiating the area surrounding the Big Wheel complex.

Formerly a loyal soldier, Quinn was driven insane by the changes to which he’d been subjected. His only goal now is to kill anyone and everyone he can.

“They took my genitals away. Can you make that better ? There’s a wire in my brain that simulates sexual pleasure when I kill people. That’s all I have now.” 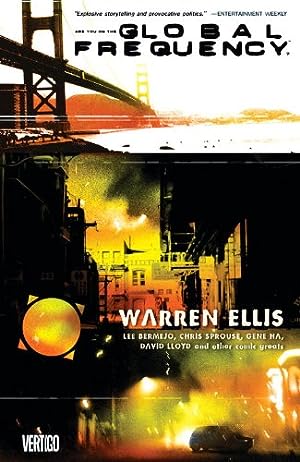 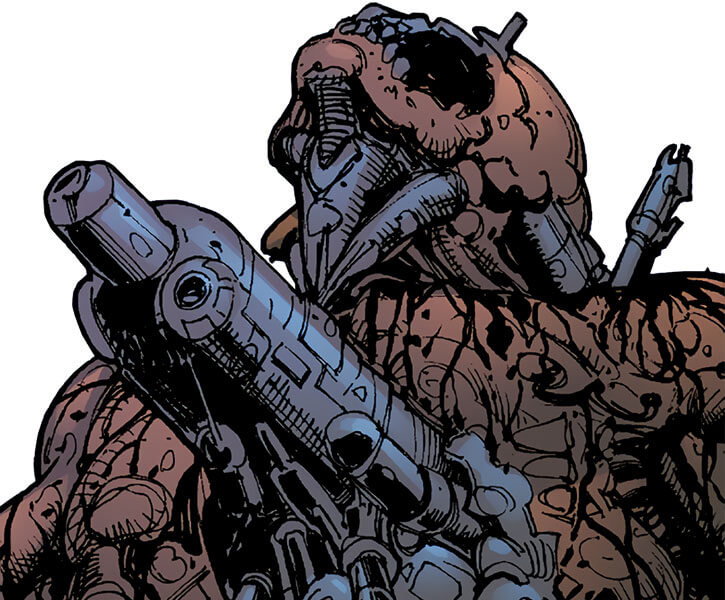