Rachel started out as a mainly technical operative, with some self-defence training. She primarily was a computer specialist.

But she has moved into more field work, including undercover work. She has had further training in armed and unarmed combat, which she continues to build upon.

A computer genius, Rachel was recruited by Gordon Dean into The Shed. She was told that it was a black ops division of the CIA. In actually it was an agency of the independent covert agency, Prophet Five. But most of the staff were unaware of this. Working there she developed a friendship with field agent Kelly Peyton.

After being captured by Sydney Bristow of APO, Rachel learned the truth about The Shed, and was recruited to help infiltrate them. She managed to acquire some of the information, but soon realised that Dean had detected her intrusion. She found a bomb in his office. She managed to get far enough out to survive the explosion, but the rest of her colleagues were apparently killed.

Rachel joined APO, and the pregnant Sydney operating as her handler when she went out in the field. Dean attempted to have her and/or her family killed for her betrayal. This required APO to put her relatives in protective custody.

Sydney took Rachel under her wing, letting her move in with her while she established herself in LA. She also grew close with fellow geek Marshall Flinkman, and field agent Thomas Grace, who helped train her in combat.

On her first solo field mission, she had to go undercover. The goal was to get close to a computer specialist hidden on a highly guarded oil platform. Gibson acquired the information, but her escape was hampered by finding a number of guards dead.

She was confronted by Kelly Peyton, and realising her friend had known the truth about The Shed all along. They fought briefly, but Rachel found herself outclassed. She saved Kelly from one of the remaining guards, and her backup arrived in time to drive Peyton off.

Gibson was part of the team that set a trap for Dean. She initially supervised the surveillance operation. But when she realised she was the only one who could stop Dean escaping, she confronted him. He knocked her aside contemptuously, but she managed to get the better of him, knocking him out. He soon died in custody, apparently of suicide.

On another mission she attended a conference in a hotel in São Paulo. After a brief fling with fellow guest Bob Brown, Rachel obtained the target the information. When Jack Bristow was captured acting on this data, it was discovered that the information had also been acquired by mercenary Julian Sark. Rachel recognized him as “Bob Brown”.

She and Sydney confronted him, and hired him to help them rescue Jack. Rachel joined the team that raided the Sudanese base he’d been held at. Therein, she had to defuse a bomb Sark was handcuffed to by his former employer.

They met again when Rachel and Marshall were kidnapped by Sloane, whom Sark was now working for. Sark had to, reluctantly, torture her to gain her assistance. Rachel resisted until Marshall told her that Sydney said him they should cooperate. APO arrived in time to stop them being executed.

Back at APO, they soon realised that bombs have been set there. They hurriedly evacuated while Tom and Dixon searched for the bombs. Tom found them, and managed to slow them down, but had to stay with them to give enough time for everyone to get clear. He called Rachel to speak to her in his last seconds as the bombs count down, and they admitted their affections for one another.

When APO captured Peyton, Rachel used her knowledge of her former friend to help get information out of her. That helped APO stop Sloane.

Rachel was still working for the CIA several years later. She was on a deep undercover operation.

Friendly and pleasant, Rachel was initially very nervous about working in the field. She froze up on one of her first operations. But she overcame this with experience, becoming more confident.

Tom Grace: “They’re ready for us. We’ve got to go.”
Rachel: “Do you want to come over here and do the advanced binomial calculus  ? Because I’d be more than happy to stand there and watch.”

As an agent of the CIA, Rachel has access to their resources when on missions. Sometimes her job requires that she kill those who present a threat to her country, and the CIA provide a measure of protection from legal repercussions (and loss of HP awards), so she has the ’Licence to Kill‘ Advantage (found in the literary James Bond character profile on WORG).

CIA contacts also allow her the Omni-Connection Advantage, along with a Low-level Connection to the CIA. She also has access to more resources than on her own, having effectively 10 APs of wealth, provided she can justify it as necessary for her mission.

She has a level of authority provided by her position, along with the associated responsibilities, and so has Medium-level Government Credentials.

If she goes rogue, she could expect the CIA to bring their resources to bear on trying to bring her in, giving her the Enemy Drawback.

Her skills improve throughout the season as she gets more practice in the field. She probably continues to improve afterwards, getting closer to or equal to Sydney’s levels. Gibson was introduced as a possible replacement should Garner decide to leave the show, but it was cancelled before the season ended. 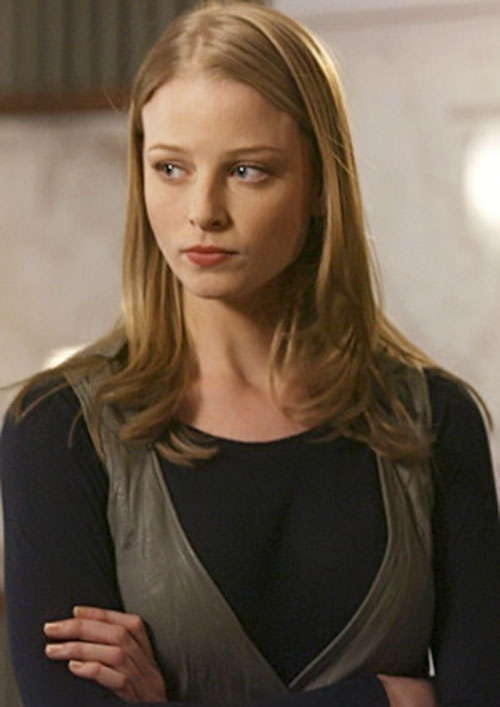 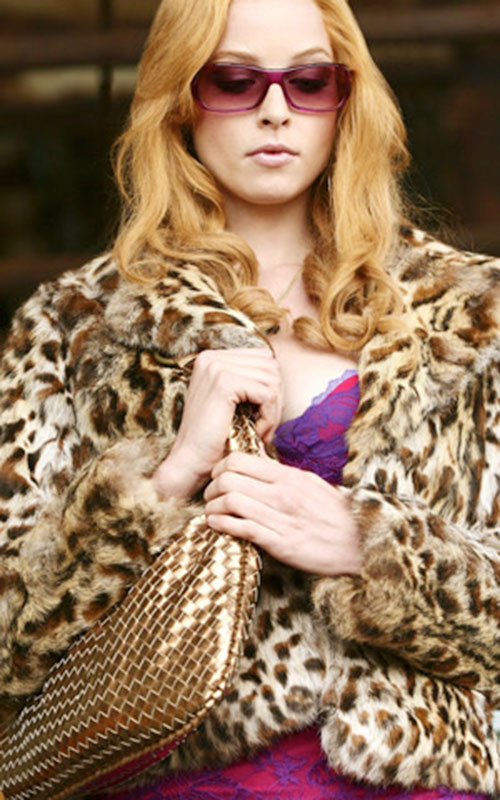