As an investigator, Rachel is an expert when it comes to crime scene analysis. She is practiced in law, forensics of weapon damage on victims, and the occult.

She has an excellent memory, particularly when it’s associated with the paranormal.

Rachel carries a multitude of weapons, though she isn’t proficient in any. She has the knowledge of each and has seen them in action but she isn’t practiced with them. She carries them, “just in case”.

Born in Providence Rhode Island, Rachel Mullan lived with her parents until the age of 8 when they divorced. Rachel then lived with her mother in Waukegan Illinois. After the divorce her father became despondent and angry. Eventually, he murdered 3 men he believed somehow were the cause of his divorce. Bryan is spending the rest of his life in prison.

Rachel attended Harrison College Terre Haute  where she studied to be a Corrections Officer. Afterwards she found herself in Chicago’s Police Department and after only 3 years she’d grown through the rank to Detective.

A surprising turn of events caused Rachel to seek help from a local psychic by the name of Phelan who claimed to be a practitioner of Voodoo. Rachel was intrigued when Phelan’s “spells” turned out to be useful in her investigation.

Phelan became a friend as well as professional associate when dealing with the occult or when Rachel ran into a dead-end in a case.

Rachel became consumed with the occult. She learned about and joined an underground “school” of witches who met several times a week and on special Wiccan Holidays. Although Rachel had no interest in worshipping anything she became obsessed with gaining knowledge of magic and the hidden things of the world. She was almost paranoid.

One night while on a case, she met her first demon. Yes, a real demon! Rachel emptied a clip at it, watched it shrug off the attack and leap away disappearing into smoke as though it were never there. This brought Rachel to an almost paranoid fear about these things being out there.

Her life would become a constant on-guard, no sleep, hunt. What she began to uncover threatened to drive her mad! She learned all she could of weapons and what weapons to use on what evil thing was out there.

Over the course of 5 more years Rachel amassed an arsenal some of which are actual magical artefacts. She had grown as a private investigator and the following year she became much more focused on what she saw as her mission. Know the terror and overcome it anyway possible!

She looks like she’s been rode hard and put up wet. Rachel is nearly always in disarray, her clothes are wrinkled. She hasn’t showered in a couple of days and her eyes are blood-shot.

Still, she dresses to accommodate the weather.

Rachel is an Irish-American who used to take pride in her heritage and hold it close to her heart. These days Rachel seems distracted or “out-of-it” most of the time. Paranoid to the max, always watching over her shoulder for the next demon to jump out of the shadows.

Rachel rarely sleeps and when she does grab a couple of hours it’s a restless sleep. She will sleep with a loaded pistol under her pillow. Rachel never really seems to know what time it is and often checks her old analog wrist watch for the time. She doesn’t trust some newer technologies, bright lights hurt her eyes.

She will seem fidgety to others or jumpy. Phelan is her closest friend and a solid foundation for her. Phelan sometimes gives her tea laced with depressants to cause Rachel to sleep. Rachel knows Phelan does this but is ok with it because she knows Phelan understands the world too and won’t let it overwhelm them while she sleeps.

Interested business man: “Can I buy you a latte?” (Beaming a smile)
Rachel (somewhat distracted): “Ummm…Nope! Nope, uh, I work alone but thanks.”

“No time, there are things out there which know the mind of man; and that realization is terrifying!”

“Science may someday piece together the dissociated knowledge, revealing the truth that this life is! Such a terrifying view of reality, and man’s frightful position therein. Mankind should either go mad from the revelation or flee from that horrifying light into the peace and safety of a new dark age.”

Rachel could become a contact for street level heroes who need help with the Paranormal.

Added the Beretta, Bullet-proof vest, and knife. Also the “Range” bonus to the Claws power on her Silver Sword. 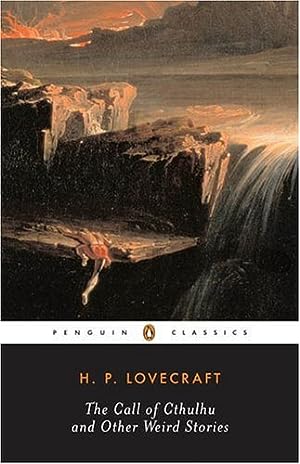 Lovecraft’s The Call of Cthulhu
Advertisement