In the United States, SGA was shown on the Sci-Fi Channel. The setting originated in Stargate: SG1’s final episode of season 7 and first episode of season 8, the lost city of Atlantis. Atlantis was an outpost of the Ancients, the aliens who invented the Stargate transport system.

Dr. Zelenka is a genius who specializes in physics – specifically astrophysics.

He is familiar with the technology of the Ancients. Howbeit, he does not carry the gene of the ancients and the gene therapy method does not work with him.

Well-rounded in various scientific fields, and a likeable personality, he makes for a valuable addition in the field.

Dr. Radek Zelenka is a recurring member of the Atlantis Expedition. He is a very competent Czech scientist and physicist. He regularly works with Dr. McKay. Dr. Zelenka usually works as an expert in astrophysics or the technology of the ancients in the city of Atlantis, but occasionally leaves off-world with one of the mission teams. 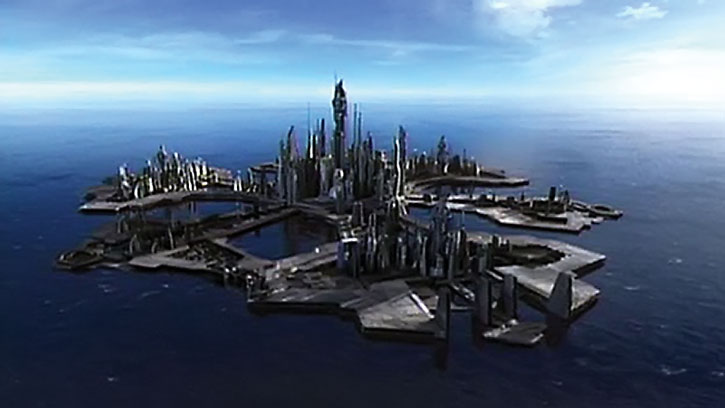 Dr. Radek Zelenka has, in fact, been part of the Stargate program’s Atlantis Expedition since the very beginning. Although a brilliant physicist, his genius is dwarfed by that of Dr. McKay. Thus Zelenka often seems to be “second-string” despite his consistently proven abilities.

Despite his underdog status, he has saved the day on multiple occasions. Zelenka thus remains one of the Expedition’s most valuable members.

Zelenka looks like a non-descript, Eastern European scientist with glasses and a lab coat or base uniform. Due to the expedition being an international effort, he bears the patch of his native Czech Republic flag on his clothing.

Dr. Zelenka is a practical man with the occasional stroke of genius. He really loves science and sometimes works on scientific questions in his spare time. He likely lives for science, and being a genius, it’s probably the reason why he is on the expedition. 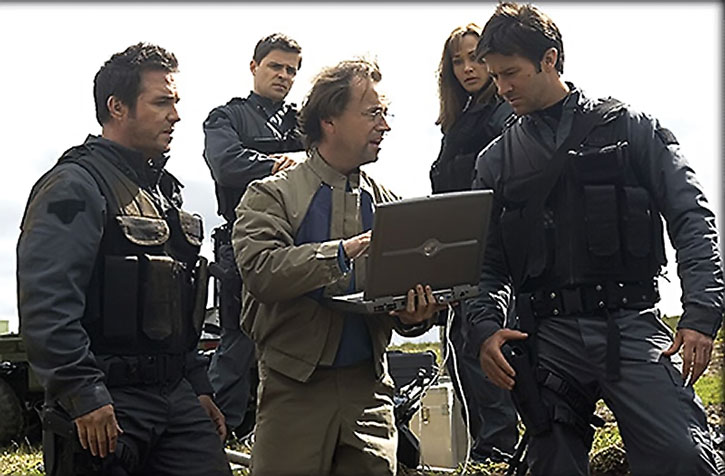 In contrast to Dr. McKay he is kind, friendly, mild-mannered and humble. Working with McKay he is not used to getting compliments even if he manages to save the day. Zelenka and McKay are on the same wavelength, although McKay would never accept that. They will, however, eagerly speculate various possibilities to solve a problem, completing each other’s sentences.

Zelenka often double or triple checks programs, sensor data, prototype technology and so on. He’ll thus detect risks, mistakes and problems. This is also why he is often the bearer of bad news.

His sometimes boyish sweetness has made him a well-liked and easygoing member of the expedition.

While he speaks English with an accent, he switches to his native Czech when agitated or excited.

“I’m more concerned about the Ancient database – its ability to back up data. It’s incredibly redundant.”

“I can’t sit here waiting for you to have an epiphany. I am… losing… my will… to live.”

Zelenka: “Simulations are all in the green. We’re ready to try power-up.”
Jeannie: “Really ? So soon ? That’s amazing. Excellent work, Radek.”
Zelenka [mildly shocked]: “Thank you.”
McKay: “Yes, we try *not* to encourage him. He’s got a bit of an ego.”

Equipment:
Usually none. In the field he will carry a M90 Pistol or a FN-P90 Personal Defense Weapon, as well as a GDO and a tactical radio.
GDO (Garage Door Opener) Emitter [BODY 02, Radio communications (scrambled) 00, Limitation : Can only send an unlocking code to the iris on the SGC Stargate – the current code is never stored in the GDO and must be typed by memory, Notes: Assume GDO has 6 APs for Scrambled purposes. Zelenka’s GDO identifies him as Dr. Radek Zelenka of the Atlantis Expedition.] 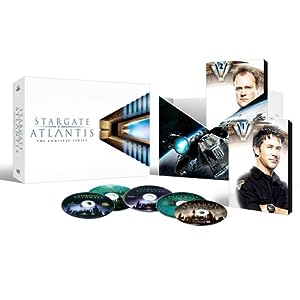 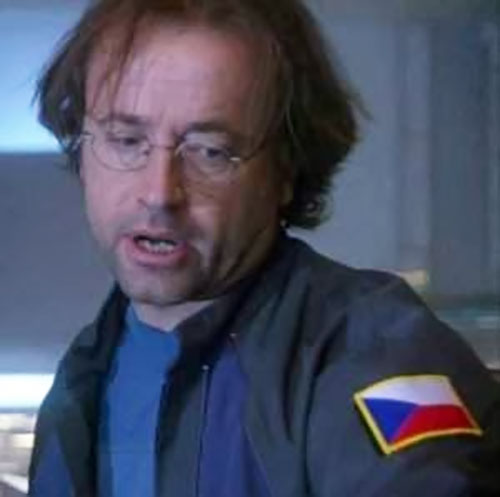 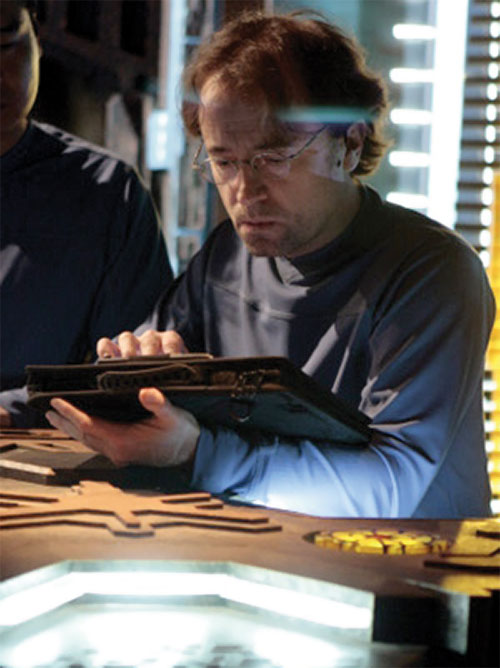 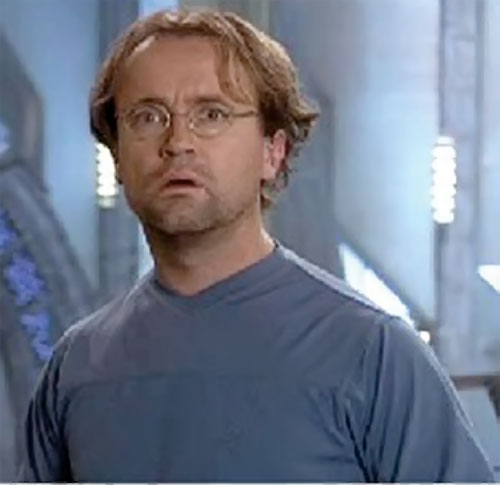 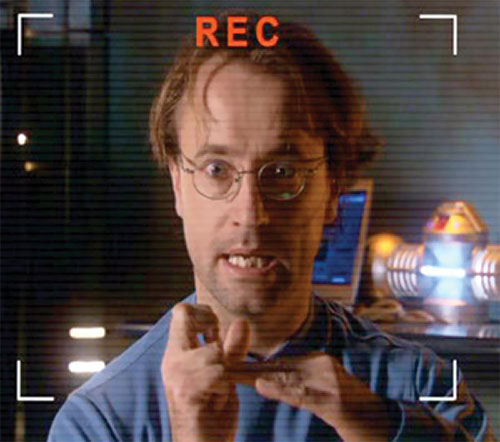 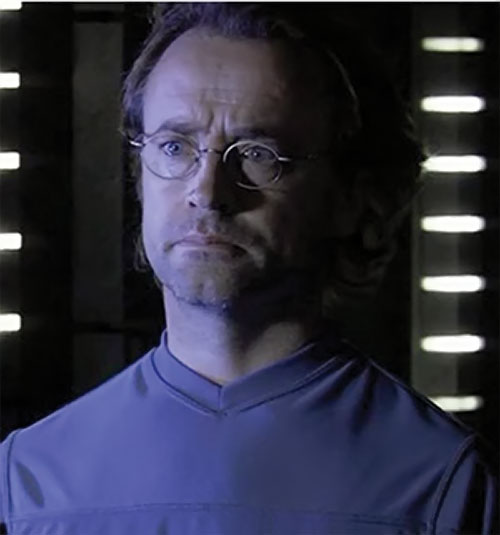