Aside from the normal Morituri physical enhancements, Radian has electro-magnetic energy powers. He is able to emit any thing from radio waves to lethal radiation.

He can generate light, but cannot produce coherent light or a direct damaging attack without outside assistance. Once he combined powers with Snapdragon, another he used a hand-welder to provide the coherent energy needed.

Despite being able to emit hard radiation, he never does so as an attack, presumably because of the risk to himself and his teammates.

He can also transmit and receive radio waves, as well as scramble radio frequencies.

Nothing is none about Louis Armanetti before he joined the team or why he did so. Shortly after Vyking died, Radian was contacted by the Horde’s High Inquisitor. The alien claimed to have a cure for the Morituri Effect. He sent Radian a transmission showing one of the Black Guard Morituri still alive. In exchange for betraying Earth, the Inquisitor would provide Radian with the cure.

Radian did not believe him. Yet he pretended to in order for the Morituri to seize a Horde ship which enabled them to attack the Horde’s treasure ship near Jupiter.

Later, however, Radian learned that a cure might actually exist. He allowed himself to be captured by the Horde to find out the truth. He made a propaganda broadcast for the Horde and was returned to Earth where he was attacked by Shear, a fourth-generation Morituri. Shear killed Radian.

Before he died, Radian confessed to Blackthorn that there was no cure after all. Radian had done what he had because if the cure existed he wanted to get it for Blackthorn and her unborn baby.

Also, he was afraid that allowing the Morituri Effect to kill him would be akin to suicide. In this way he ensured that he died in battle.

An average-sized man with short curly black hair and moustache, Radian wears a black bodystocking with white shoulders and a high collar in the back. He has conical wrist bracers that help him focus his powers.

Radian was a solid team player. He wasn’t interested in leading but readily followed whoever was in charge.

He was deeply protective of his fellow Morituri, especially Blackthorn.

“If I’m going to throw my life away, it’s got to be in a way that’ll mean something”

Bonuses and Limitations:
Energy Blast is radiation unless Radian has an independent energy source, such as a welder or energy weapon, in which case it is the type of energy of the energy source (+1). 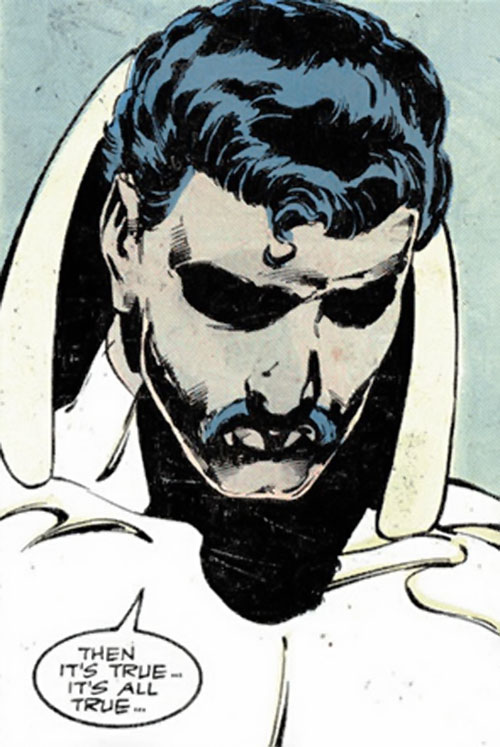 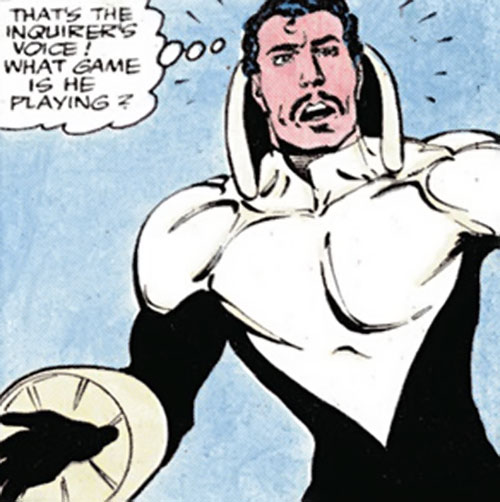