Rafferty is a frightfully competent and intelligent assassin, fighter and criminal. Once he has decided to kill somebody, it is almost impossible to stop him.

The assassin Rafferty announced one day that he would kill all ultra-humans in the United States one by one. As part of this project, he chose Alec “Firearm” Swan as his witness. Rafferty told Swan that it was because he reminded him of himself.

Rafferty kept sending Sawn advance warning about where and when he would strike next. Swan criss-crossed the US to try to save these lives. Though this sick game was usually rigged, he did save a few. As Rafferty started targeting higher-profile ultras, his and Swan’s actions started making national news. At one point it even seemed that Rafferty had killed Prime.

As Rafferty was recuperating from his first wave of murders, his mysterious backer (presumably Rex Mundi) ordered him to kill a baby ultra named Penny. The infant had healing powers with a strong Christ-like aspect. The somewhat crooked priest managing her was making tons of money. He also claimed that Penny was the Second Coming.

Bad luck queered Rafferty’s assault on the church. In order to buy time, Rafferty demanded that the police deliver Swan to him. He also rigged the cathedral with explosives hooked to ultras detector so no superhuman could be sent in. Furthermore, he took hostages and positioned his men for defence.

Having outmanoeuvred Swan since day one, Rafferty wasn’t expecting much opposition. But this time, he wasn’t in control of the odds. Alec Swan sheared through Rafferty’s troops, rescued the hostages, and took Penny from her crib.

Rafferty swept in, but Swan fatally shot him. Rafferty then blew up the cathedral and fatally wounded Swan, but little Penny resurrected Firearm seconds after his clinical death.

Rafferty’s gold tooth has a heart shape on it.

Rafferty follows the tradition of the cinematic, unstoppable, near-omniscient killer. He has a bit of Hannibal Lecter  to him, but is closer to the serial killer in the movie Seven .

He’s immensely skilled, relaxed and confident. The heroes can but hope to control some of the carnage. He enjoys hitting the heroes where it hurts (Dependents and the like), playing with them and making it obvious that he’s the one in control.

A typical Rafferty plan would involve a choice between trying to capture him in a dark sewer, or finding a device that disarms a large array of bombs. When the heroes disarm the bombs, he’ll later phone to reveal the detonator was a two-way mechanism. Defusing it triggered another bomb that killed a friend of theirs.

If Rafferty can consistently outsmart somebody, he might dismiss them as inconsequential and unworthy of his attention. That was his downfall when he clashed with Swan under less controlled circumstances.

Bonuses and Limitations:
Gadgetry is limited to poisons.

Equipment:
Rafferty uses a wide range of weapons, including :

He’s also used poisoned cigarettes slipped into the current pack of the victim [BODY 01, Poison touch: 08, Control: 06. Control can only force the involuntary release of all Powers of the victim, which will attack the victim and his immediate area] and incendiary pellets slipped into food [BODY 01, Pyrotechnics: 09, Thief (Stealth): 06. Pyrotechnics will be triggered inside the subject, enabling to pellet to ignore Skin armor and the like and Devastate without penalty. Thief (stealth) only to evade detection when swallowed.]

He presumably employed many more specialised means of murders to bypass the powers and/or security of his targets.

Rafferty often uses large groups of goons provided by his backer – generally as an expendable diversion. The mooks’ stats are : 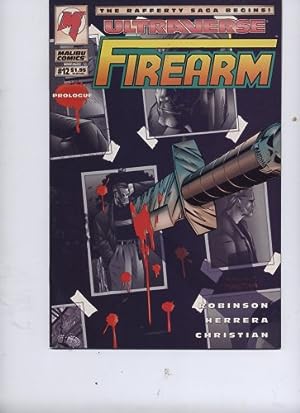