This character is from Vampire Hunter D a Japanese literary saga that started in 1983. It is a far-future post-apocalyptic setting, with heavy supernatural horror elements. In particular, Earth is dominated by feudal vampire lords. Which is always a problem.

There is, of course, an animé  adaptation. These here character notes are based on it.

“Ragansi” is a phonetic rendering of the character’s name in the English-dubbed version. In the Japanese version, his name is also rendered phonetically. Usually as “Rei Ginsei” or “Reiginsei”. One translation is “Ray Ganze”. Sheesh.

Ragansi is a mutant with the power to twist space around him. This power is ill-defined, though he obviously has great facility with it. Among the tricks he has mastered :

Aside from this power, Ragansi is a highly competent hand to hand combatant. He’s probably the best that Count Lee commands, since it is apparent Ragansi is in charge of the other mutants in Count Lee’s small army. Ragansi fears no one in battle. But as his confrontations with both D and Magnus Lee go to prove, his confidence is often misplaced.

Vampire Hunter D is set in the year 12,090 A.D.. It is a post-nuclear holocaust world where a vampiric nobility terrorizes human peasants.

While making her rounds, the whip-wielding 17-year-old hunter Doris Lang is attacked by Count Magnus Lee. Lee is a long-vanished vampire lord said to be over 5000 years old.

Out of a sense of overwhelming boredom, he is seeking a new bride. He drinks of her blood and claims her for his next bride, planning to kidnap her later. The only way for Doris to escape this fate is to slay the vampire.

Doris later encounters a reticent and mysterious horseman, D. He becomes the first wandering hunter she has been unable to drive away or defeat. She hires him to protect her from the vampires.

Doris’ little brother Dan idolizes D, who shows some personality in dealing with him. Doris becomes enmeshed as the pawn in a conflict between:

When Doris is kidnapped by Count Lee, D battles his way into Lee’s gigantic fortress to rescue her. Lamika’s loyalties are torn when she becomes disgusted with her father’s lack of “nobility”. In certain respects, Lamika becomes a mirror character to both Doris and D.

Ragansi is the primary antagonist in Count Lee’s ongoing battle with D, as Lee prefers to have others do his fighting for him. Ragansi accompanies Lamika when she goes to take Doris for her father, but is defeated by the Vampire Hunter.

To make up for his failure, Ragansi challenges D a second time alone, having kidnapped Doris’ brother Dan to use as a bargaining chip. Ragansi loses to him when the mystic candle he was given by the count’s messenger turns out to be a fake.

Recovering the real candle from Greco, Ragansi again challenges D. This time, with the candle’s aid, he stakes D in the chest and cuts off D’s left hand in revenge.

Having (he thought) eliminated the Vampire Hunter for the Count, Ragansi claims the reward the Count promised him: to be brought into the House of Lee as a Vampire noble.

The Count laughs at him, scorning the idea that he allow such a low person to become a noble. Noting that maybe in 50 more years he’d be worthy of such an honor, Count Lee leaves to arrange his wedding to Doris.

Recovering the mystic candle to use against Count Lee, Ragansi rescues Dan from falling to his death when he attacks Count Lee to try to rescue his sister. Ragansi then tries to use the candle to paralyze and kill the Count, and take what was promised him by force.

But Count Lee is far more powerful than Ragansi imagined. He snuffes the candle with the power of his mind, then kills Ragansi by crushing his skull with his mental powers.

D subsequently killed the Count, rescuing Doris and Dan. The castle then crumbled to nothingness, and D rode away into the sunset to pursue other adventures.

Ragansi is a mutant, albeit a very special one in his own time and place. All other mutants are clearly non-human, deformed or monstrous, while Ragansi is actually quite handsome.

He is tall and lean, broad-shouldered and muscular with a shock of wild white hair that has a lock of bright red at the front. One can’t quite help but think of a young David Bowie.

Ragansi seeks power on a grander scale than he currently has as head of Magnus Lee’s mutant guards. He desired nothing better than to be made a vampire himself and join the ranks of nobility in the House of Lee.

When it became obvious that the Count had only offered that as a carrot to toy with him, Ragansi quickly began making plans to do away with the Count himself, and to take his power by force.

Ragansi is a casual killer, thinking nothing of taking out those in his way for the most trivial of reasons, even his allies or his employers.

Until D came to town, he was probably the best slayer available to hire in the area. Yet he is hindered by the fact that he really doesn’t think anybody can truly defeat him. Therefore, he will not make full use of either his spectacular powers or his Hero Points .

He underestimates his opponents on a frighteningly frequent basis, even when he has reason to know he shouldn’t. E.g., he lost his hand to D, even after he had already been beaten by him.

However, even Ragansi isn’t all bad. This is seen when he rescues Dan from Magnus Lee for no apparent reason. It is possible he thought to use Dan to make a place for himself in normal society if his attack on Lee didn’t pay off, but with his death we lost any chance to find out.

“My name is Ragansi, vampire hunter, and killing men like you is my greatest pleasure.”

(To the girl who’s just threatened to commit suicide by biting her own tongue off) “Put your tongue back in your mouth… It’s bad manners.”

Vampire Hunter D takes place in a far-future time, ruled by evil beings, spirits of darkness, and mutants, after a devastating war that nearly destroyed all life. Life in general is an odd mix of the pastoral, semi-medieval and the very high-tech.

As the story exists farther in the future than even the LSH (anywhere between 5000 – 10,000 years), it exists entirely on its own. Anyone from the standard DCU will only encounter it by accident during time travel, unless a campaign is built around it specifically.

Even then, most traces of the DCU will be gone, except for legends and stories, and the occasional artifact.

In making this writeup, I chose to express Ragansi’s special weapon, the scythe-like sword he uses as a set of Powers rather than Equipment. IMO it works a bit better. If you as GM don’t care for that approach, I have also included stats for his sword as Equipment.

If you use the Equipment stats, remove the Claws and Sharpness powers from Ragansi’s Powers listings. If you use the Powers as written, remove Telekinesis, as it becomes unnecessary.

A character with the Overconfident Drawback is supremely confident in his or her own abilities, to the extent that they will actively resist spending HP in combat, unless they absolutely have to. This is essentially a formalized version of an Irrational Attraction to not Spending HP.

In order to spend HP in combat, the character with this Drawback must make a roll against his target number, as per the rules for an Irrational Attraction. Success means he may then spend as normal against that opponent for one combat. At the end of a combat, the Overconfidence takes over again, and the character must again make a roll if he again engages the same target in combat.

In addition, If the character does not make the roll, but still wishes to spend HP agaisnt a particular target, He may spend an HP fee to allow this, based on his level of Overconfidence.

Again, this lasts for only one combat against a particular opponent. 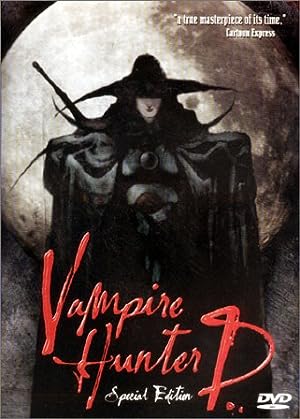 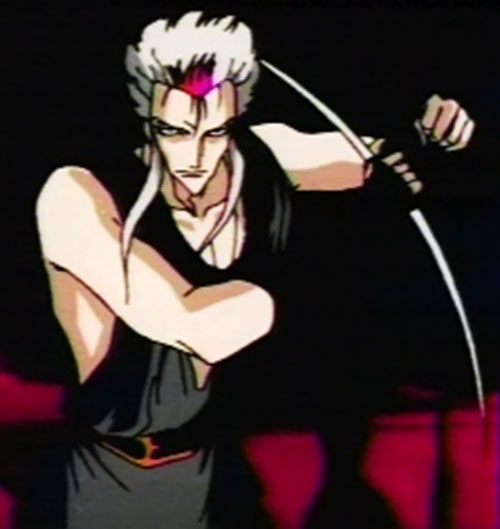